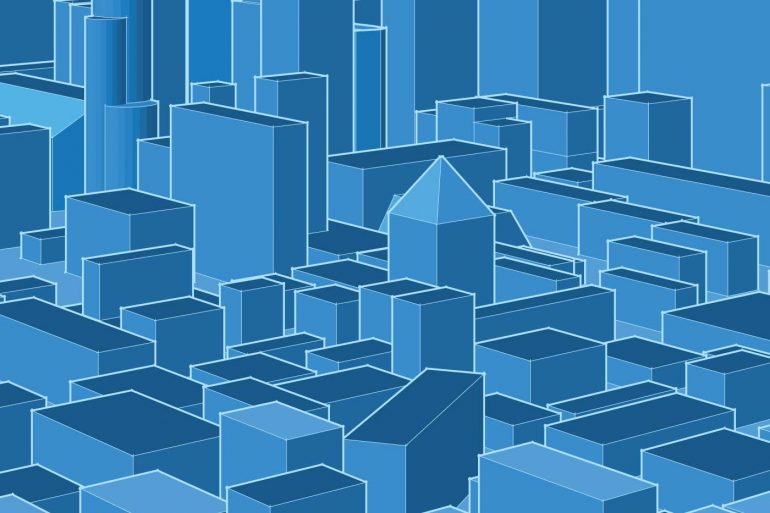 The impacts of a new technology can sometimes be less than apparent at first glance. Consider, for example, the arrival of Google Glass. While that product was a widespread commercial failure, it found a valuable use case in industrial and professional settings, where workers can benefit from the information-displaying abilities of the AR technology.

Blockchain’s gradual acceptance might turn out to be a similar story. While the most visible impact of the new technology, cryptocurrency, has grown to become an $850+ million market, the most exciting long-term impacts of the secure ledger might come from other applications.

Even within the world of real estate, much of the discussion around blockchain has focused on the potential to disrupt current processes. In particular, there is a lot of buzz around whether title and escrow companies even have a future in a blockchain-enabled world. Some articles and white papers, like this one, argue that the answer may be no.

Perhaps we should pump the brakes on some of these more sweeping conclusions, though. I have written here and here about the future of brokerage in an increasingly automated world. Despite the inherently transactional nature of the commercial real estate brokerage business, many industry professionals have outlined their expectations of the field in the near future: disruptions to be sure, but that the best teams will be able to adapt or leverage the power of automation and retain their professional relevance by offering deep local expertise, networking, or humanistic, holistically-applied advice. All three of those things are inherently difficult to actually automate. These takes biased, no doubt, but at the same time they come from the exact people with the power to reshape the industry with automation in mind.

A nuanced opinion on the future of blockchain in real estate comes from Allen Alishahi, co-founder and president of blockchain-enabled contract management tech company ShelterZoom. Allen sees blockchain augmenting the quality of service delivery that title and escrow companies can provide. He told me that “both title and escrow businesses will become more secure and less prone to errors, either clerical or intentional, as blockchain becomes commonplace. Once transfers of title are recorded on a distributed ledger it will become much more difficult for someone to dispute who own a property, and therefore who has the right to sell or rent it. When it comes to escrow, there will be much less chance of wire fraud and if the participants use a platform such as ShelterZoom the transfer of funds will be integrated into the contract management platform which will speed up the process and keep all the communication about the transaction in the same place.”

Allen is not alone in his perspective. Some title and escrow companies are already adopting with the emergent technology. Old Republic Title Insurance Group, the nation’s third largest, adopted a blockchain platform last year. But the narrative of adopting tech to keep up with the times is now a tired one. More interesting than the face-value impacts on the obviously-impacted title and escrow companies is the long-term implications for professionals in other parts of the business. Allen added an anecdote from one of ShelterZoom’s users, a retail owner/manager with over 240 tenants in total. “Before using ShelterZoom he had to employ multiple staff devoted just to the cumbersome task of managing all the leases,” Allen said. “By having them all in one digital place, with the side-by-side communication thread attached to each project (see photo), he will drastically reduce his administrative overhead and have a much easier time tracking down specific clauses in contracts–such as commitments about the maintenance schedule. Also, since he can compare clauses across all 240 plus contracts much more easily he can spot inconsistencies or clauses that no longer serve best interests. The behavior change will come in when the leases are integrated with different systems and will automatically trigger everything from a rent payment to a scheduled maintenance work order.”

It’s this sort of blockchain story that is the exciting one in this coverage-heavy world. It’s the story of how owners and managers are finding their normal tasks altered, improved, or disrupted by a technology that has its most obvious impacts elsewhere. Sure, cryptocurrency might be blockchain’s breakout story, and within the world of the built environment it might always be title and escrow that gets the most airtime, but the accretionary streamlining and overhaul of processes that have been done the same way for decades might end up being just as disruptive as the internet itself.