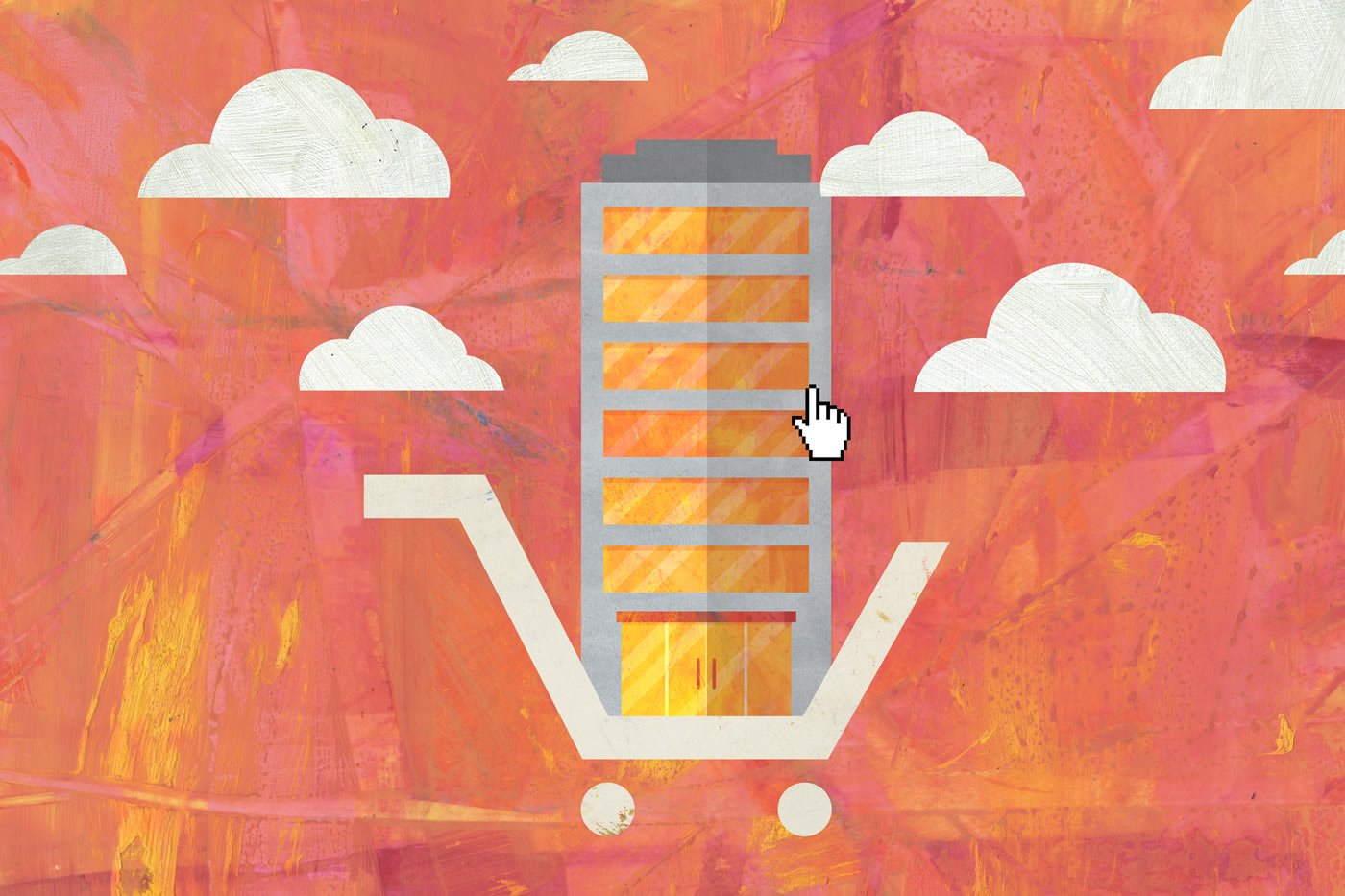 Marketing a property has always been a unique enterprise. Even if two buildings are identical, their separate locations make them their own unique, unsuitable product. For as long as people have been buying and selling property, owners and their agents have been keen to increase their slim chances of finding the right buyer for a very a one-of-a-kind asset by publishing the sale to as many locals as possible. Every time a new avenue opens that allows for large scale publication of marketing material, print, billboards, banners, social media, the property industry is always one of the first to pay the toll.

This was the case in 1723, when thriving colonies had sprouted up all over the “new” continent of America. The new frontier captured the world’s imagination as a resource-rich land of religious and economic freedom. A resulting population spike led to rampant demand for just about everything new world settlers needed: wine and tea to drink, chocolate and pork to eat, books and quills to write in them, and ships to carry all of these supplies to meet the growing demand. But, above all else, these huddled masses arriving by the thousands on American shores needed places to live.

Those Americans, although they might not have called themselves that yet, also needed ways to find these goods and services. For this purpose residents of these yet unified colonies turned to local newspapers. It turns out that in 1723 the newspaper with the largest circulation at the time wasn’t printed by a savvy media mogul from New York or a distinguished academic institution in Boston, it was written and printed by an unusual man named Samuel Keimer.

Keimer had been a printer before in London in a previous life. There he had fallen in with a religious group called the French Profits that claimed to be able to channel God’s words during incantations that would throw them into violent convulsions. The use of his printing skills to spread their form of gospel eventually rendered Samuel bankrupt and cost him years of his life in debtors prison. After he was released he renounced his faith, left his wife and set out for America with only and old printing press and one set of worn-out letters to set in it.

Once in America, his business took off, thanks in part to one of his star employees, a seventeen-year-old Benjamin Franklin. It was their paper, The Pennsylvania Gazette, that is credited with the some of the first printed advertisements in America. The two largest categories were ships for sale and, you guessed it, real estate.

These wordy adverts represented a breakthrough in the property industry. No longer would property owners be limited only to buyers that they were able to meet in person or happened to ramble in front of a “for sale” sign and follow the directions to their office (there were no telephone numbers to leave on signs those days, or course). Thanks to the printing press and a novel new way to monetize the news, property sellers were able to reach out to a mass market. That is, as mass market as handed out pamphlets in a small colony on the corner of the “civilized” world could be.

Since those early days of print advertising not much changed, as far as advertising a property goes, for over a hundred years. Finding buyers for real estate was mostly done through signs, print ads and word of mouth. The process was so inefficient that a group of American property brokers in the 1800s even came to an agreement to put there listings on a private distribution list and split their commissions to both the agent representing the buyers and the one representing the sellers. This agreement would eventually turn into local organizations that created what is now called a Multiple Listing Service, or MLS. These groups, later branded as Realtors, were some of the first to embrace new digital technologies like fax machine and the internet. But the open access to information that the internet facilitated would eventually start to erode the grip that the MLS’s had on property listings.

The crowdsourced human innovation called the world wide web has changed the way we buy and sell almost everything. It has lifted the fog of ignorance that has always surrounded commerce by bringing buyers and sellers together in massive online marketplaces that are infinitely scalable, globally accessible and easily searchable. Though it has taken much longer for these marketplaces to appear in the property industry than say used books (Amazon’s first offering) or Beanie Babies (Ebay’s initial target product), it is transforming the real estate industry in similar ways. But, real estate is a local product and it seems that no one platform has been able to scale globally like the aforementioned aggregators of internet commerce.

Every property market seems to be responding differently. Some countries have seen dominant, borderline monopolistic online marketplaces that have reached a scale that can cast a shadow that can choke out the light for any young potential competitors. Supply feeds upon demand and visa versa. Once marketplaces become the first stop for property searcher then they inevitably become an obligatory part of every broker’s marketing mix. Other countries haven’t adopted an any single online marketplaces as the clear winner. These markets still have a crowded landscape of competitors trying to insert themselves as the go to place to find a property.

It was this connection, the interplay between each property market and the online marketplaces that service them, that was the underlying question behind our marketplace research report (www.propmodo.com/research). We examined the differences between vastly different property industries and talked to the leaders of the biggest online marketplaces in the world to get their take. There were a many factors that were shown to be important to whether or not online real estate portals get adopted. Things like licensing requirements, exclusive listing rights and the existence if powerful broker organizations all played into which business models seemed to thrive. The key differentiator is often how these marketplaces are monetize. Some are merely sites for listing properties, much like a digital version of the ads that help fund the early newspapers centuries before. Others have created tools to help the sales process such as arranging for property showings or CRMs for brokers. Now, we are seeing new wave of marketplace is starting to do the brokering of the deals themselves, either as a buyer’s representative or as the actual buyer. All of these different models have had varying degrees of success based on each market’s conditions.

The property industry obviously dictates how its real estate is sold. But, over time, the marketplaces themselves start to change the industry as well. Being able to find properties for sale or lease without the help of a broker has shifted the balance of power toward listing brokers. The efficiency of marketing properties with a few keystrokes can allow top brokers to do more deals, leaving less room for others to service listings. Easy access to property information can change the way brokers and property owners think about their proprietary data.

As commerce becomes increasingly digital, the commercial property market will as well. What the future looks like is uncertain but examining what business models are succeeding in different geographies and with different property types will shed some light on what the future will hold. The printing press didn’t replace the yard sign or the broker’s hustle. It merely added to it by opening up a property listing to a much larger audience. Print adds have likely sold countless buildings to people who otherwise would have no knowledge of its availability. The internet is doing the same thing, except on a global scale. But, online property marketplaces have struggled to scale globally because of the differences between each market. In the end we shall see which of the platforms that facilitate the online transaction of real estate are able to win in each region and asset type. For now we just have to study the battleground to see which ones are working where. One thing is for sure, more money is being pushed into the marketing of properties online than the founders of The Pennsylvania Gazette could have ever imagined.