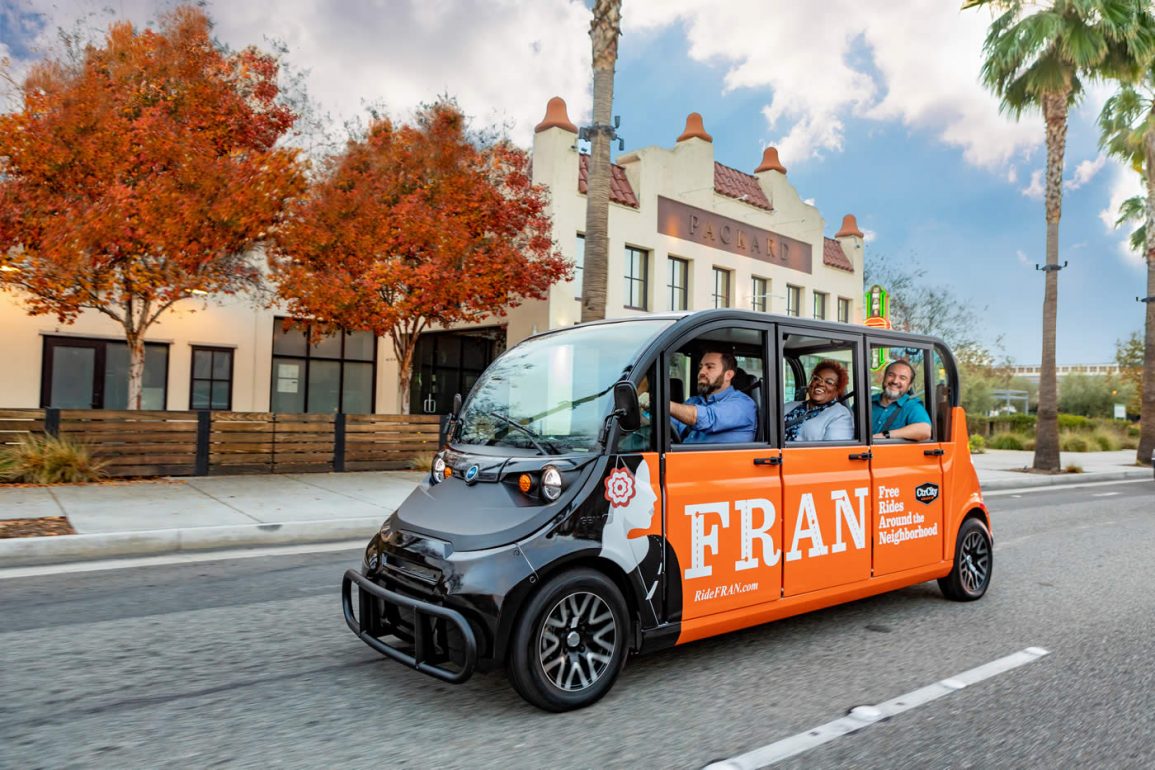 From flying taxis to autonomous vehicles, new mobile technology is transporting us to a future that might be either The Jetsons or Blade Runner. Will we create frictionless solutions to congestion and carbon-based disaster? Or will we unleash a dystopia of mobile chaos, with people living in endlessly circulating self-driving pod-cars? Either way, the impacts on the built world will be far-reaching.

“Advances in mobility will change the way cities are designed, from actual transit to the way we park and operate our businesses,” says Mark Arizmendi, Executive Vice President of car-sharing firm SPLT. He continues “carpooling for greater density, advances in parking technology to reduce footprint and street congestion, and artificial intelligence to know when people work and deduce traffic and parking patterns will all mean greater flexibility and more humanistic urban planning.”

SPLT is a commuter carpooling service owned by Bosch. Its humanistic goals enter a marketplace already grappling with scoots, bikes and some sort of scooter/bike hybrid from well-funded companies like Bird, Lime, and Lyft. These and more mobility revolutions confront planners already bracing for autonomous vehicles.

One such planner is Los Angeles Department of Transportation’s General Manager Seleta Reynolds.

“Technologies like autonomous vehicles and dockless bike share can be part of the solution, but only if we—government, the public sector, and the public—intentionally guide and nudge them toward the future that we want,” she recently told The Planning Report. “If all that ‘the future’ gets us is vehicles that are autonomous and electric, but still sit in soul-crushing traffic for more than 100 hours a year, then we won’t have achieved much. As code becomes the new concrete, we need to engage in challenging conversations about managing demand, pricing infrastructure, and delivering a system that works for everyone.”

The transportation terrain is only getting larger, and deeper. Elon Musk’s Boring Company has proposed a system of car tunnels beneath Los Angeles, with vehicles going up to 130 miles per hour. The recent demonstration of a 1.14-mile tunnel revealed obvious flaws. It depends on individual, private cars rather than longer pods that could carry more people; its construction costs are much larger than first announced; it would create congestion at surface car-tunnel elevators; it depends on unlikely political support and environmental permits to bore under neighborhoods.

As transportation experts Streetsblog reported after the test, “A full build-out of the concept could end up being a private uncontested highway system mirroring the congested public one for use only by a very rich few.”

Cities are creating more real solutions in the realm of microtransit. Anaheim, for example, recently launched FRAN, Free Rides Around (the) Neighborhood, a unique fleet of Polaris GEM electric vehicles that are hailed on-demand (like Lyft and Uber) via smartphone app. The service is operated by the city’s transportation agency, not by a private company. It is highly local and “place-based,” meaning it adds mobility to a specific half mile radius of the city enjoying a commercial and residential development boom. FRAN is branded to express the character of that neighborhood, with vehicle designs rooted in Anaheim’s history and culture.

Such public services arrive as high-profile private services have failed. Chariot, an app-based shuttle service, recently shut down due to profitability problems after Ford purchased it for $65 million. Successful ride-hailing services such as Uber and Lyft are often viewed as a threat to public transportation agencies, stealing customers and precious revenue.

Anaheim Resort Transportation Executive Director Diana Kotler believes micro-transit will develop primarily as a public service. “The private sector is struggling to fill the void,” says Kotler. “ Each jurisdiction must decide whether a public agency will operate and fund micro-transit in an environment so new that there are few policy guidelines.” She notes that the various modes of the past few decades, private car, bus, rail, have operated independently, but that in the future, “micro-transit will connect them all.”

“The initial ridership rate has far exceeded our expectations,” says Kotler. “We looked at ridership for similar programs around the country and modeled our expectations upon those numbers. FRAN exceeded all of them by at least a factor of two, sometimes even more. All of this has happened in under two months.”

Positive ridership impacts the city’s bus fleet as well, which not only serves the Anaheim community but the Anaheim resort district: an international destination that includes not just the 1,100-acre Disneyland Resort (among the top 10 U.S. tourist destinations), but also the Anaheim Convention Center and major-league sports such as California Angels.

Anaheim Transportation Network recently finalized the purchase of 40 new all-electric buses to serve its growing ridership and help reach its goal of a 100 percent zero-emission fleet.

When the new buses arrive in 2020 they will bring Anaheim’s bus fleet to 57% zero-emission vehicles. Anaheim’s ultimate goal is for its entire bus fleet to zero-emission. The fleet is expected to serve 625,000 new riders by 2021. The program will reduce 42,423 metric tons of CO2 emissions over the project life.

Adjacent Los Angeles’ Metro system, by comparison, lost an estimated 22% percent of its bus ridership over the last five years.

The Anaheim agency also recently announced another tech-based expansion: a mobile transportation and entertainment app that streamlines and enhances the resort and convention experience. Using the RideART app, visitors to The Disney Resort and Anaheim Resort will plan trips, buy park tickets, hail a Lyft car, and rent a vehicle from Enterprise, all from the same mobile platform.

A partnership with mobility technology company Routematch, RideART is now the primary mobile ticketing and real-time arrival-prediction platform for 21 bus routes in and around the Disney resort. While it incorporates private partners and developers, the agency maintains revenue and jurisdictional control. It is not yet another instance of public agencies relinquishing services to private entities.

“The new RideART app gives another boost to Southern California hospitality and travel just as the Resort district is in the international spotlight,” said Wincome CEO Paul Sanford, who oversees development of the Westin Anaheim Resort. “By combining private and public transportation with theme-park ticketing, RideART is a true innovation for the travel industry, and has the potential to transform other destinations as well.” Routematch has even “geo-fenced” the hotel properties so that hotels get credit for selling the tickets.

Helping to mediate between public planners and the private companies are third-party experts such as Urban Land Institute. In 2019, for example, ULI Los Angeles will host a “mobility summit” intended to focus on the role technology can play to help “implement creative mobility solutions that reduce congestion and create less stress on the environment.”

All these new technologies are coming soon, or are already here. The question is whether they will compound transportation crises or become positive solutions above and below ground. As LA’s Department of Transportation’s Reynolds puts it, “the future will depend largely on whether we get the policies right for managing that space.” 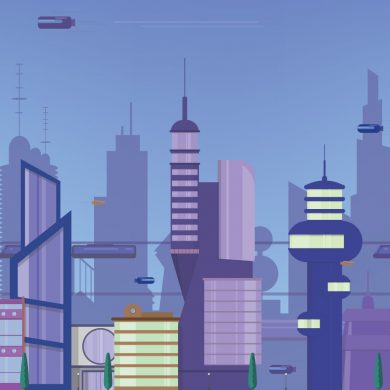