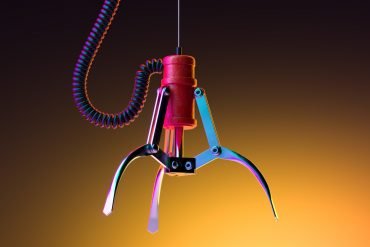 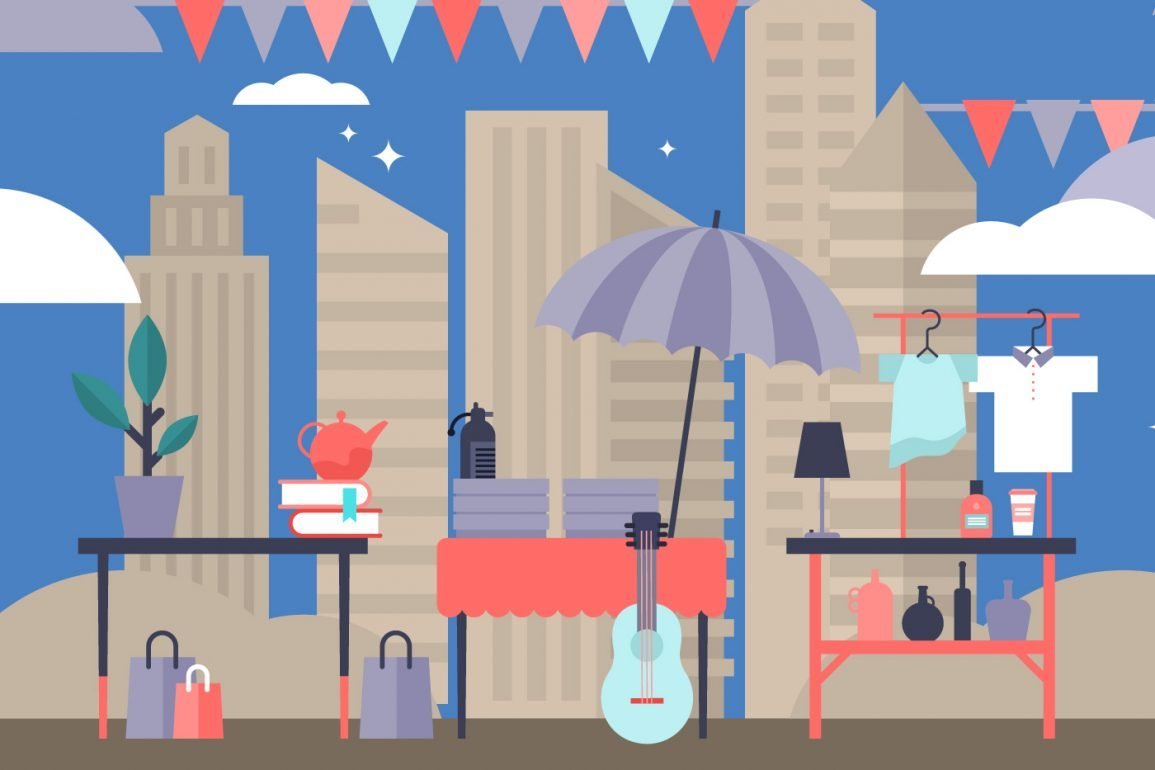 New York City isn’t dead. Anyone who’s enjoyed a beverage or a bite at one of the city’s hopping, vibrant Open Street eateries can tell you that. For those lucky enough to live in dense cities, some of the best moments during the pandemic were enjoying dining in the street at their favorite local spot. To help struggling restaurants and retailers, cities temporarily allowed businesses to expand their footprint into parking lots and onto streets. Now that the vaccinated public is eager to get out of the house, strapped owners are hoping the accommodations will be extended, giving proprietors more space during and after the recovery. Permanent city policies allowing for extended outdoor dining could be a boon for cash registers and public coffers alike.

The numbers are simple: if you give a business with strong demand for their product more space, they can accommodate more tables and serve more customers, earning more money. The revenue of a restaurant or retailer is limited by the space they have. In cities like New York that have a sales tax, more sales mean more municipal dollars. Formal city policies to help capture rising private profit from public space make a convincing case for keeping streets dining and retail permanently.

“The amount of revenue in these places from a sales tax perspective is dramatically increasing, you’re looking at three to four times what that same space could earn as a metered parking spot,” Street Plans Principal Michale Lydon said. For over a decade Lydon’s firm has consulted with cities and governments on urban planning. His firm is known for coining the term tactical urbanism, aimed a building out a methodology to help citizens and cities deliver quick, iterative versions of projects to learn from and then scale. A New York City resident, Lydon’s enjoyed his time dining and shopping on enclosed New York City streets with his spouse and two young children. He sees pedestrian-friendly retail corridors as a perfect example of tactical urbanism.

By converting underutilized public spaces like parking lots, spaces, and streets into pedestrian-only corridors, the city creates a linear park, leading to a better outcome for the community, businesses, and local tax revenue. “The more space you remove from traffic, the more you calm the street and make people want to spend time there,” Lydon explained. “When people spend more time someplace, they spend more money.”

To understand what Lydon is talking about, you need only visit one of the newly designated pedestrian-friendly corridors. There’s a liveliness and sense of community. When the dining and retail activity spills into the street, it creates a communal sense of place for the entire block, drawing people. Live music fills the air, grills get fired up, beer is put on ice and neighbors settle in for an evening of revelry. Essentially Open Street programs are a commercial block party with serious financial benefits.

The success of New York City’s Open Streets programs was almost immediate. An estimated 12,000 establishments are doing business in the streets of the Big Apple. Mayor De Blasio credited the program with saving close to 100,000 jobs. Last September the city announced the Open Streets program would be permanent, allowing 87 streets participating in the program to continue offering expanded outdoor space to customers.

“Outdoor dining has transformed New York City’s streetscape for the better and has been a critical lifeline for thousands of small businesses and jobs throughout the five boroughs during the COVID-19 pandemic,” New York City Hospitality Alliance Executive Director Andrew Rigie and Counsel Robert Bookman said in a statement.

Along with the extension came more regulatory guidance. The city is working to finalize rules regarding outdoor setups, giving owners guidance on what type of construction the city will consider outdoor and how to provide heaters and other weather mitigating amenities. The Department of Transportation is setting up a process for restaurants to expand their space so long as they have their neighbors’ approval.

Cities around the country have been implementing programs similar to the Open Street and Slow Street. Dense cities like Seattle, Boston, D.C., and San Francisco have had experiences much like NYC’s, taking over parking lots and moving the party into the street. In California, lawmakers want to pursue permanent outdoor dining at the state level. Senate Bill 314 looks to make outdoor alcohol sales and parklet dining regulations permanent. It’s already passed the Senate with a unanimous vote. Governor Newsome could sign the bill as early as this September. A survey of the National Association of City Transportation Officials found that 22 of the 43 member cities were planning on making Covid-era traffic changes permanent, while 16 more were considering it.

Figuring out the impact of Open Street policies on the bottom line isn’t easy. The programs began during dire circumstances for restaurants, allowing some to survive. But will open streets do more than survive? Data on thriving open streets is hard to parse because the nature of consumer habits and the retail sector has shifted so rapidly over the past 18 months. A baseline is needed. Even with the expanded policy, experts predict more than 12,000 NYC restaurants still went out of business. Seeing numbers on baseline sales data during a year where the majority of the public isn’t grappling with a global pandemic will help localities see a clear financial picture. New data will help, but urbanists have been making the business case for car-free streets for years.

Data from Yelp first published in Bloomberg found that car-free zones saw a significant boost in consumer activity. San Francisco’s Valencia Street saw an 18 percent boost, Chicago’s West Fulton Market had a 25 percent bump and Boston’s Little Italy experienced a whopping 61 percent jump in consumer activity. While the numbers are only based on restaurant activity, they’re promising. What can’t be captured as clearly by activity numbers is enhanced public safety. Despite a few hiccups resulting in minor collisions with planters and bollards, the areas are safer than they have ever been. Closing pedestrian-friendly streets to cars help to protect against traffic violence.

“We want communities to understand where there are great places to do business and actually have businesses receive those benefits,” said Justin Norman, Yelp’s vice president of data science told Bloomberg. “More broadly, as local governments and policymakers carve out policies that enact safer streets, we hope this information adds value to that.”

There are some concerns, chief among disabled citizens who rely on sidewalks. Crowding sidewalks with chairs and tables can cause wheel-chair bound and guide-dog reliant citizens to struggle. Accessibility advocate Kate Pennick has taken to social media to document her plight. Even with a small, nimble wheelchair, she struggles to pass through the pedestrian gaps weaving through outdoor dining setups. Pennick says she doesn’t want to spoil anyone’s fun, she wants to go out and join in, but space must be expanded equitably. If Open Streets become permanent, it’s important to remember restaurants still have an obligation to meet ADA standards in the expanded space or parklet.

With a little bit of investment in more permanent structures, businesses could more easily accommodate guests and passersby of all shapes and sizes. But business owners are remiss to put money towards something that may be yanked away. Several establishments have put together thoughtfully designed expanded outdoor dining. Dolly Varden in NYC fashioned booths into an antique railroad car. Others have put up pop-up gardens, brought in tasteful outdoor furniture, and installed shaders. Knowing the expanded strategies are permanent will give owners the green light to invest in bringing the outdoor space up to par.

“This is the thing that is really exciting about this period,” Michael K. Chen, a founder of Design Advocates, told the New York Times. “Even now, a year in, every single thing in the street is a prototype. There are solutions out there that are really compelling for the future of what the street is.”

“Streateries” and outdoor retail don’t work everywhere and they don’t work all the time. Even in New York City, they’re hard to find in some areas. The majority of New York City’s outdoor restaurants and bars are in Manhattan and Brooklyn. The practice is best for specific thoroughfare that can handle the influx and deal with rerouted traffic. Understanding which areas are best suited for Open Streets or Slow Streets policies requires hyperlocal knowledge. The weather must also be taken into account. If it’s too hot or too cold, restaurants may not be able to leverage the space to its fullest extent. Making Open Street policies flexible, contingent on seasonality, time, and day of the week is a sound strategy. Moveable planters, casters, and retractable bollards will help the corridors seamlessly transition from street to streatery and back again based on traffic flow and nightlife activity. That infrastructure is common in dense city centers across Europe.

Increased sales tax revenue, better revenue generation from metered public spaces, and the ability to collect fees from Open Street applications and forms filed by business owners are opportunities dense American cities would be smart to seize. It’s not often public policy that promotes well-being and community has the potential for such an impact on the bottom line. “The places do so much for the community besides just give people more space,” Lydon said.

The concepts behind expanding or permanently entrenching Open Street and Slow Street policies in popular retail corridors where it makes sense is sound. Soon, restaurant associations and municipalities may have data to back that up. An industry battered by the pandemic has the chance to build back stronger than before, benefitting the community they serve by providing expanded dining and shopping options, a greater sense of community, and additional tax revenue to reinvest in the neighborhood.