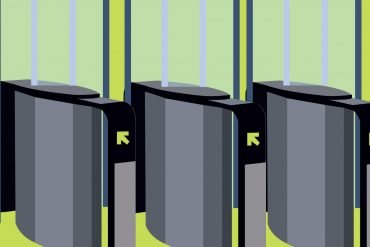 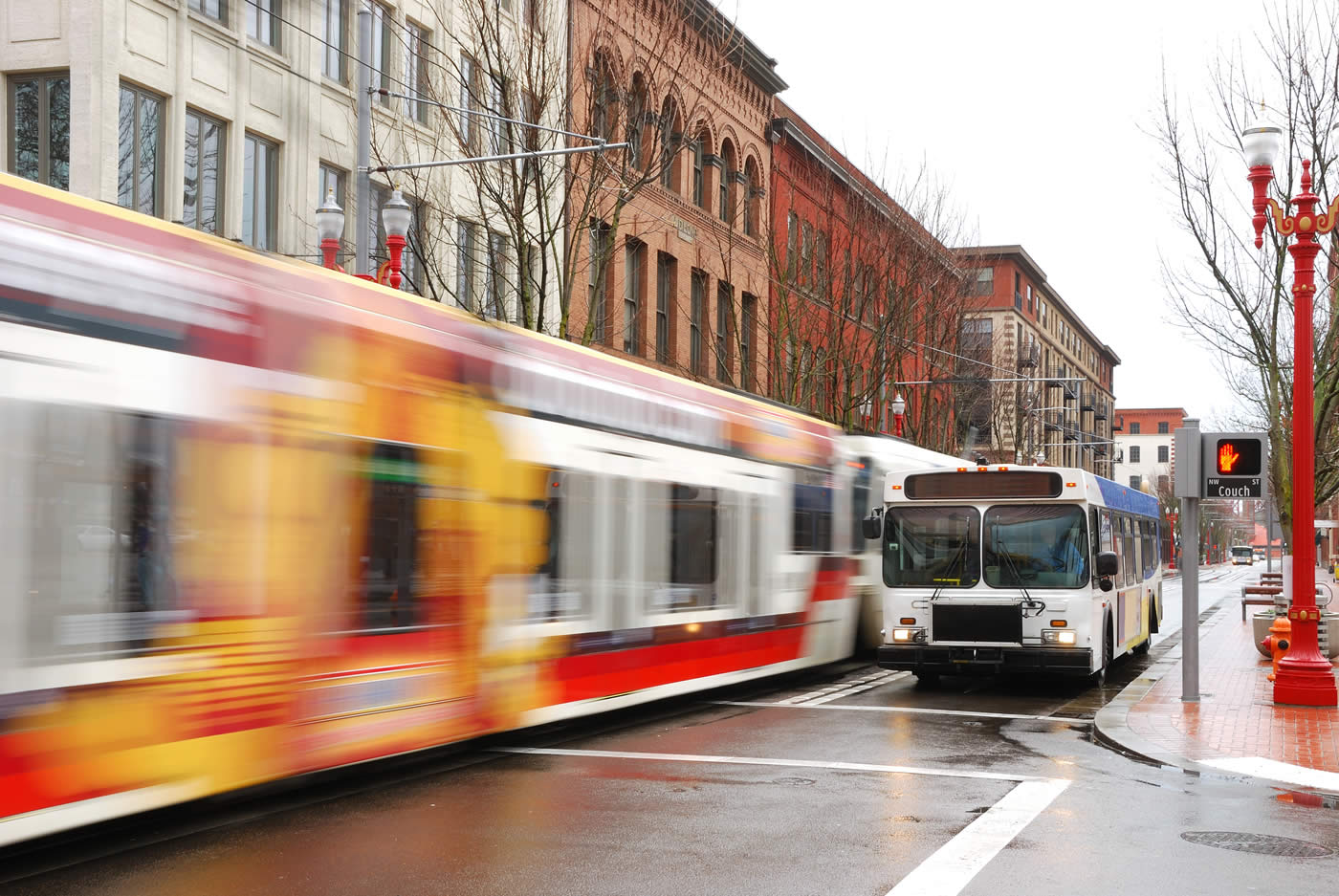 On a Scale From One to One Hundred, How Easy Should It Be to Get From Your Home to Your Workplace?

Driving through the United States, you would be forgiven for thinking that many cities and towns blend together. The same strip malls, corner stores, shopping centers, and most generic of all, parking lots pepper the streets from Anchorage to Miami. But things are changing. Already, urban planners and developers are working together to build new spaces with more character—and frequently a lot less parking. This is thanks to a bunch of factors, but at the end of the day it comes down to a decreasing emphasis on driving amongst younger generations.

While this shift away from driving to alternate modes of transit has been capitalized on by developers, addressed by policymakers, and noted by property users, every role has a different perspective. While property databases like CoStar have brought a certain level of democratization to property information, the same hasn’t been true for mobility. Public transit data company TransitScreen aims to change that with MobilityScore, a proprietary algorithm that assigns a numeric value to the holistic sum total of all non-driving transportation options in a given place. MobilityScore recently became accessible through property comp exchange CompStak, and TransitScreen has big hopes for its role in the future.

Where we sit has everything to do with how we move. Because of this, the harder it is to get to a building, the less people will use it and the less valuable it becomes. It is the main lesson in the time-honored, repetitive cliche about the importance of location, location and location. But what is a “good” or “bad” location changes depending on how people are able to travel.

The automobile becoming cheap enough for every household to own changed everything we knew about location. Shops that were in dense urban areas started to move to the outskirts of town, where rents were cheaper and parking abundant. Bedroom communities sprung up around most job centers, giving workers ample room for their families and belongings only a short drive from where they work.

But now, the pendulum seems to be swinging the other way. Not because of a new invention but because of a change in perception. Younger generations are not driving as much as previous ones. Forty years ago half of all 16 year-olds had driver’s licenses, while only 25 percent do now. Even baby boomers, the generation that witnessed the car’s ability to alter our landscapes and our lives, are prioritizing walkability and public transit as they approach their golden years.

This cultural shift has already had major impacts on real estate markets around the world. It has even given rise to a new school of thought: the mobility-first mindset. This philosophy makes accessibility of a building one of the most important considerations, embracing the idea that where we sit has everything to do with how we move. In fact, buildings that put the spectrum of mobility front and center command higher rental rates and consequently greater sale prices, especially in the hottest markets, where competitive differences are measured by such microscopic variables as pool size and kitchen appliance brand image.

For offices, retail spaces, and apartments, a major component of the mobility-first mindset is public transit. But the ability to hop on a bus is only part of the public transit equation. For a building to have truly quality access to public transit other factors like appropriate street furniture and informational systems need to be considered as well. And at the end of the day, public transit is just one element of the overall mobility puzzle. Other factors, such as bike and pedestrian-friendliness alongside ridesharing ease of access, contribute to the overall picture of mobility at a given property. But measuring all of these different factors can be difficult.

TransitScreen, a company which provides real-time transportation data as well as digital transit scheduling displays, has one solution for that challenge. The company’s proprietary “MobilityScore” value algorithmically generates a number from 0 to 100 to represent a given property’s transportation alternatives to the personal car. MobilityScore has been available online, giving individuals the chance to check out just how mobility-friendly their current or perhaps future home or office is. MobilityScore also recently became available through the property reports of the crowdsourced comparable property data exchange CompStak. A 2018 report from RCLCO Real Estate Advisors used MobilityScore to correlate mobility access with higher rents, and the CompStak collaboration is meant to bring that power to the wider industry.

TransitScreen’s overall goal with MobilityScore is reminiscent of WalkScore and BikeScore, the related 0-100 scoring systems that aim to represent how accessible a given address is to a number of different transportation methods. However, these solutions are limited in scope. Ryan Croft, Chief Operating Office for TransitScreen, explained that “the walkability of a place could be high, but the mobility access could be very low, and vice versa. They’re very complimentary measurements.”

Ryan is excited for how the increased visibility for MobilityScore could impact the way location decisions are made. “Owners of large assets recognize that parking and the way that people use cars and automobiles in cities is fundamentally changing, they’re just not sure how,” he said.” So this is step one and a gateway drug to get people away from the automobile and away from having to build so much parking.”

Parking is a frequent bugbear for transit-oriented development advocates as well as developers themselves. Speaking in a 2017 Urban Land Institute article, Chris Zimmerman, Vice President for Economic Development with advocacy organization Smart Growth America, explained that “Too much [parking] can render projects unviable financially and clearly can impact the affordability of whatever you have built.”

“I think we’ve overbuilt parking in this country and we’re at a really critical point in trying to bring cities back for people,” Ryan added.

Beyond the theoretical, Ryan foresees some very real business impacts with MobilityScore, particularly in extending desirable buildings into mobility-friendly areas just a little farther off the beaten path than traditional development.

“MobilityScore unlocks the potential that you don’t have to necessarily buy directly on top of a train station to have a TOD experience. You can be off of the major hub and still provide all these transportation amenities to give people that kind of white glove TOD experience,” Ryan said, adding that cheaper land outside of the typical TOD corridors could result in more savings passed along to the end user.

In this way, a tool like MobilityScore could be useful for incentivizing infill development by highlighting “hidden gem” spaces around a given city. Showcasing MobilityScore in the context of CompStak’s other more traditional property data will allow acquisitions and development professionals to consider the mobility-friendliness of a given site as another valuable data point, just like rental rates or square footage.

However, using TransitScreen to hunt for hidden gems off the beaten path may be more effective in some cities than others. In Chicago, for instance, clearly-delineated TOD districts offer a host of development incentives related to zoning. If a property is outside the TOD boundaries, not even a 100 out of 100 MobilityScore will win those incentives. Chicago is far from the only city with such a regime – numerous municipalities around the country have similar plans based on transit lines, downtown corridors, or central business districts.

But while MobilityScore may not be a silver bullet in every market right away, Ryan is excited about the potential to use the platform as a policy tool – perhaps to expand or improve TOD districts in the future.

“Part of why we built MobilityScore was to be able to open up some of this data in aggregate and give policymakers the information they context they need to make those decisions,” Ryan said. “…We know transportation and land use is intrinsically a policy decision and real estate is impacted by those policy decisions. One of our hopes is that MobilityScore can be a standard framework and a way that these two groups, the city and real estate developers, can communicate on an equal platform.” Indeed, plenty of cities now have GIS maps built into their websites, showing zoning, parcel ownership, and even permit activity.

While our society is certainly still dominated by the automobile, the way we live, particularly in denser urban areas, continues to see the pendulum swing away from car-centric life. Greater walkability, public transit access, ride-sharing availability, and bike-friendliness together spell mobility, for local residents as well as area employees and visitors. Any thorough investment analysis would reveal that buildings are more than the sum of their parts, but being able to access them safely and efficiently might be one of the most important parts of all. 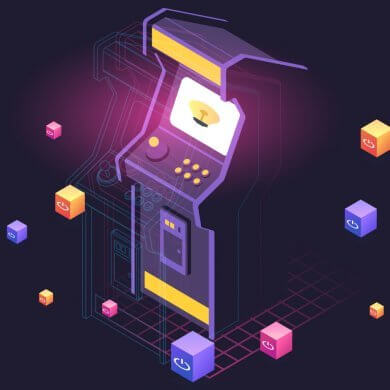