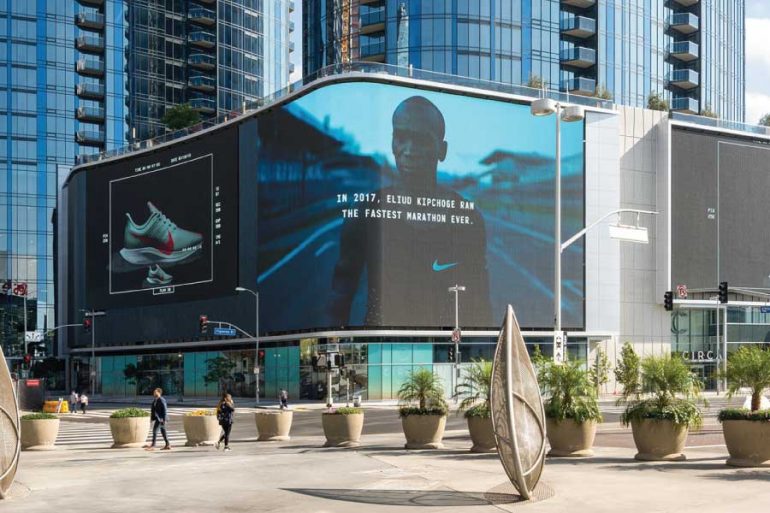 Whether you’re talking about traditional offices, co-working spaces, or practically any other type of commercial space, it’s clear that interior design is far from an afterthought. Whether design is used as a branding element, a differentiator between workspaces, or part of a broader amenity package meant to entice the best and the brightest employees, the interior of buildings is seldom neglected. The exterior of commercial buildings, though, is seldom given real priority. Whether owners feel that they can’t meaningfully (or cost-effectively) impact the way their building looks on the outside or they simply don’t see the value in doing so, for every Old Post Office or other architecturally noteworthy redevelopment, there’s another that just doesn’t capture the imagination.

This is a problem. As more and more modern, cutting-edge buildings come online in the big cities of the world, maintaining an image as an attractive corporate home base is getting harder and harder for older buildings. Of course, it’s important to caveat this by saying that not every market has those shiny new buildings, even if the big cities and primary markets see them popping up seemingly by the dozen. Similarly, smaller, tertiary markets might be supply-constrained, thus forcing commercial tenants, workers, and multifamily residents alike to make do with older buildings that they have.

However, the uninteresting, dull appearance of most of the buildings constructed in the past five or so decades remains a challenge not only for the owners of these properties but for the communities that encompass them. For neighborhoods hoping to establish their own unique identities, bland, drab buildings can be a negative at worst or just spatial filler at best.

That being said, “uninteresting” is relative. Buildings constructed in the early part of the 20th century are now becoming noteworthy themselves, as examples of styles like art deco that sometimes seem like relics of a bygone age. In a few short decades, perhaps the boxy buildings of the mid 20th century will also be valued for their own sake.

Until then, Generation Z might be satisfied with interior tech and lots of perks, but the professionals that make commercial leasing decisions might not be so easily swayed. For companies looking for office space, there are many more reasons to heavily weigh building appearance than Gen Z. Presenting a strong image towards visiting clients is important, and providing an attractive space for workers is another.

If you’re stuck trying to lease an old, less than eye-catching building to corporate space planners, it might be time to get innovative. Some research associates street art with rising housing prices, and it isn’t a stretch to think that it could positively impact commercial spaces as well. Murals don’t need to be obnoxious, overly bright, or garish; geometric patterns, simple colors, and similar designs could fit for many types of office buildings. Getting a little higher tech, options like advanced digital displays have potential, particularly if owners put a bit of effort into them, so they display art or otherwise attractive colorscapes or designs.

It’s possible to get more creative than that, too. Fan-based displays are capable of showing imagery while remaining mostly transparent, potentially making them a good choice for use in windows. They also have a pretty big cool factor, since they’re still rather rare. And then there’s the nuclear option: cover up your boring old building with something that has a bit more style to it. Green walls represent one option. Their striking appearance is complemented by various ancillary benefits but a high maintenance cost. And if you have the resources, you can wrap some or all of your building in LEDs, turning it into either a giant ad monetization opportunity or a beloved public art installation, depending on your mindset. Circa, a new mixed-use property in downtown LA, took this approach; it is every bit as valid for older buildings, too.

It may not be wise to judge a book by its cover but sometimes we are all guilty of it. All else equal, standing out through a strong visual identity is seldom a bad thing, whether your answer is tech or tempera.