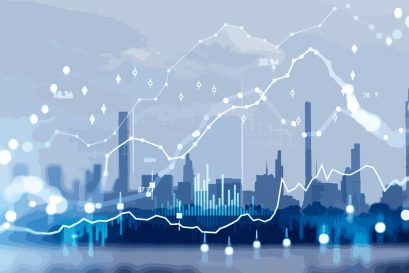 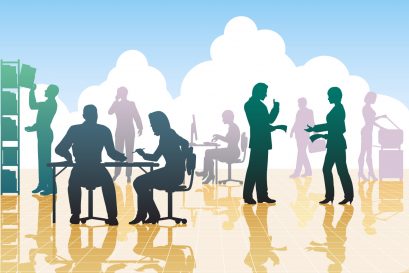 Office Occupancy Is Too Complicated for One Number

Remote work may be a dark omen for office space providers, but for consumer office equipment providers, it’s been a goldmine. Desks, chairs, monitors, computers, printers, lamps, and all manner of office equipment can hardly be stocked fast enough to keep up with the historic demand. Stuck working from home, remote workers are going above and beyond the cubicle to create home offices that are more like a battle station than boardroom, making it that much harder to convince employees to come back to their basic space at the office.

Personalizing your space is one of the best parts of the office. An empty office is a blank canvas to fill with your personality: pictures of family, pennant flags from your favorite team, a plant, maybe even some nice art. More technology is being added yearly; now practically everyone is using at least two monitors. But improving your space at the office does have its limits. Companies are only willing to shell out so much on technology and since office space doesn’t really belong to you, improvements must be able to fit into a banker’s box should things go awry. Home offices aren’t limited by either factor. As a space for work and leisure, remote workers are putting more time and energy into crafting the perfect office for them.

The pandemic has been a game-changer for home office supplies and furniture providers, reversing a decade of decline. Revenue in the U.S. office supply market is estimated to be up 8 percent over pre-pandemic levels, according to THE NDP Group’s annual forecast. The problem is those benefits have created a new set of winners and losers as office supply procurement changes in kind.

The rush to remote work to head off the impending pandemic means many companies never had time to formalize procurement for at-home office supplies. Workers came in to raid their office, lugging monitors and whatever else they could take home with them. Work didn’t stop, it just shifted locations. Workers still need pens, papers, printers, flash drives, and other supplies. At home, unable to put in procurement orders to collect at the office, most remote workers began purchasing their own supplies and equipment, subverting the procurement contracts employers established with office supply providers. Nearly 18 months into this remote work experiment and there’s still raging debates online about whether employers should be helping to cover the cost of office supplies for home offices and what that amount should be.

It’s not just remote work that physical office supply retailers are missing out on, but remote learning as well. School supplies are another major source of revenue office supply stores rely on. School didn’t stop either, they just changed locations unlike office workers, so teachers and students had to change how they got their supplies.

It won’t surprise you which company benefited from the changes to remote work and learning supply procurement.

Amazon Business, its B2B marketplace that provides supplies for workplaces, is predicted to reach $31 billion in annual sales by 2023, according to RBC Capital. What supplies employees still do need are being purchased for bottom dollar rates off Amazon, shipped directly to the home office. Last year ‘desk’ was the second most searched term on Amazon, behind only ‘face masks.’ Amazon Business is growing faster than Amazon Web Services. In fact, Amazon Business is growing at a faster rate than the company itself. Last Year Amazon Business hit $25 billion in annual sales just six years after launching the business line. Clearly, the office supply market is booming, retail stores like Staples and Office Depot are just missing the opportunity, unable to adapt their business model fast enough.

“Obviously COVID is not good for us from a structural perspective,” Office Depot CEO Gerry Smith said on the company’s earnings call earlier in the pandemic. Shoppers are averse to physical retail during a pandemic, but they still need to shop. Office Depot and other office stores like Staples have made monumental efforts to bolster online sales and Buy-Online Pick-Up-In-Store (BOPIS). Office Depot announced plans to separate its consumer business from its B2B business. Thanks to those efforts, things have improved steadily for office supply retailers in 2021, but they’re still far behind Amazon as the e-commerce giant only gets further away. Amazon Business revenue has already eclipsed Office Depot and Staples combined.

Remote work hasn’t eliminated offices, office spaces, or the need for office supplies, it’s simply changing who the winners and losers of the new form of work will be. Companies that catered to individuals buyers with online sales and direct delivery have been thriving. The companies who built in-roads with traditional procurement contracts selling larger, corporate furniture have been hurting. Herman Miller, Steelcase, and Knoll have been struggling while sales at Amazon, Wayfair, Vari, and others are putting up record sales numbers. Computer sales broke a 10-year record during the pandemic. Laptop and mobile workstations sales soared nearly 30 percent year-over-year at the height of the pandemic.

Record office supply sales tell us plenty of work is still being done. In fact, many studies show remote work has employees working more, not less, putting in longer hours. Of course office landlords desperately want occupiers to return and that would mean a shot in the arm, so to speak, for corporate furniture sales. But if they don’t, that doesn’t mean the office is dead, it just means that instead of the pre-pandemic brigade, many companies may be outfitting a vast army of individual battle stations.