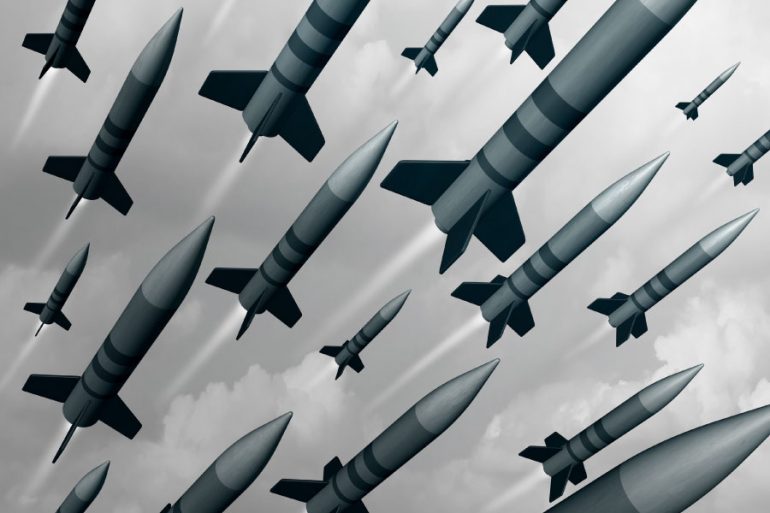 The next level of automation won't just recommend solutions, it'll execute them

As unfortunate as it is, the most cutting-edge technology is often showcased in times of war. The demands of military engagements take the idea of “first mover advantage” to an absolute zenith, which makes innovation something that is frequently highlighted in these trying times, despite the dysfunctionality of wartime bureaucracies.

One example of this is rocketry. America’s Operation Paperclip recruited numerous German scientists after WWII, most notably Werner von Braun, the researcher who developed Germany’s V2 rocket during the war. Through the years after the war, von Braun and others like him worked on the American space program, where they were instrumental in the development of our first rockets. Another example is the submarine. While various types of submersibles had been conceptualized long before, one of the earliest functional submarine vehicles was Turtle, a tiny naval craft meant to install a bomb on the hull of a British warship during the American Revolutionary War.

One much more recent example is the development of drone technology. Predator UAVs and their cousins are no longer a new (or rare) sight on the battlefield, and indeed the moral and ethical dilemma of drone-fired missile strikes have been hotly debated in recent years. One of the things that makes that debate slightly easier to have, though, is the fact that the types of drone strikes that usually make the news have human operators, pilots who need to pull the trigger, even if they are sitting in a base in the heartland. Newer drones, though, like the Harop, need no human intervention once they are launched. They are capable of executing the mission, and causing casualties, without needing specific approval once they are in the air.

While that is a terrifying and deeply disconcerting idea to comprehend, it points to the future of automation in the built environment as well. Just like algorithmic trading not only recommends the trades to make but actually initiates them, the buildings and portfolios of the future will make their own decisions devoid of human intervention.

This is the perspective that Larry Stapleton, president and CEO of Optimum Energy, a Seattle-based HVAC tech company, shared in a recent article with Sustainable Brands. Larry explained that “Today’s diagnostics tell building operators not just what broke last night, but also what is going to break — and how much they’ll save by fixing it now instead of next week. Applied to the full range of building equipment, these diagnostics cut back or even eliminate systems downtime and enable operators to prioritize repairs by their impact on cost and efficiency. Self-healing is the next step: The building realizes that, say, a pump is starting to fail, so it creates a work order telling a technician what needs to be fixed and orders the necessary parts. Or if there’s a failure, backup systems kick in automatically.”

Larry is right to point to this sort of technology as the next step for buildings and the broader built world. It’s great and all to be able to recommend to a building’s staff a particular change or necessary repair, but the real optimization will come when the system takes care of the problem itself. This is definitely a good thing, but it is the kind of change that will inevitably take a lot of professionals by surprise.

Incidentally, it’s this kind of automation that will probably really disrupt the business. Take a look at investment, for instance. Getting some algorithm or AI tool to recommend a particular investment still leaves the lion’s share of the work to the investment team, which still needs to go through thorough due diligence and then, you know, actually execute the transaction. On the other hand, if a theoretical investment system comes along that is advanced enough to do the underwriting, make the decision, and pull the figurative trigger by itself, now you’re talking even investment company higher-ups that are going to be out a job.

This type of technology will come sooner to some areas than others. In fact, my money is on something of a trickle effect, where we see smaller tasks totally automated first, and then multiple of these jigsaw pieces coming together over a longer time frame until entire buildings and systems are automated. Amazon’s new Dash Smart Shelf is a good example. Right now, the technology just automates the purchase of basic office supplies. Soon enough, we will have similar mechanisms to take over more and more administrative tasks, and eventually front office ones as well.

The built environment may be far from the battlefield but it would be unwise to ignore the lessons from the world of military technology. Firms need to optimize for automation today, because soon enough tech won’t be doling out friendly advice. It’ll be barging into your office, grabbing the paperwork out of your hands, and showing you exactly how it’s done.