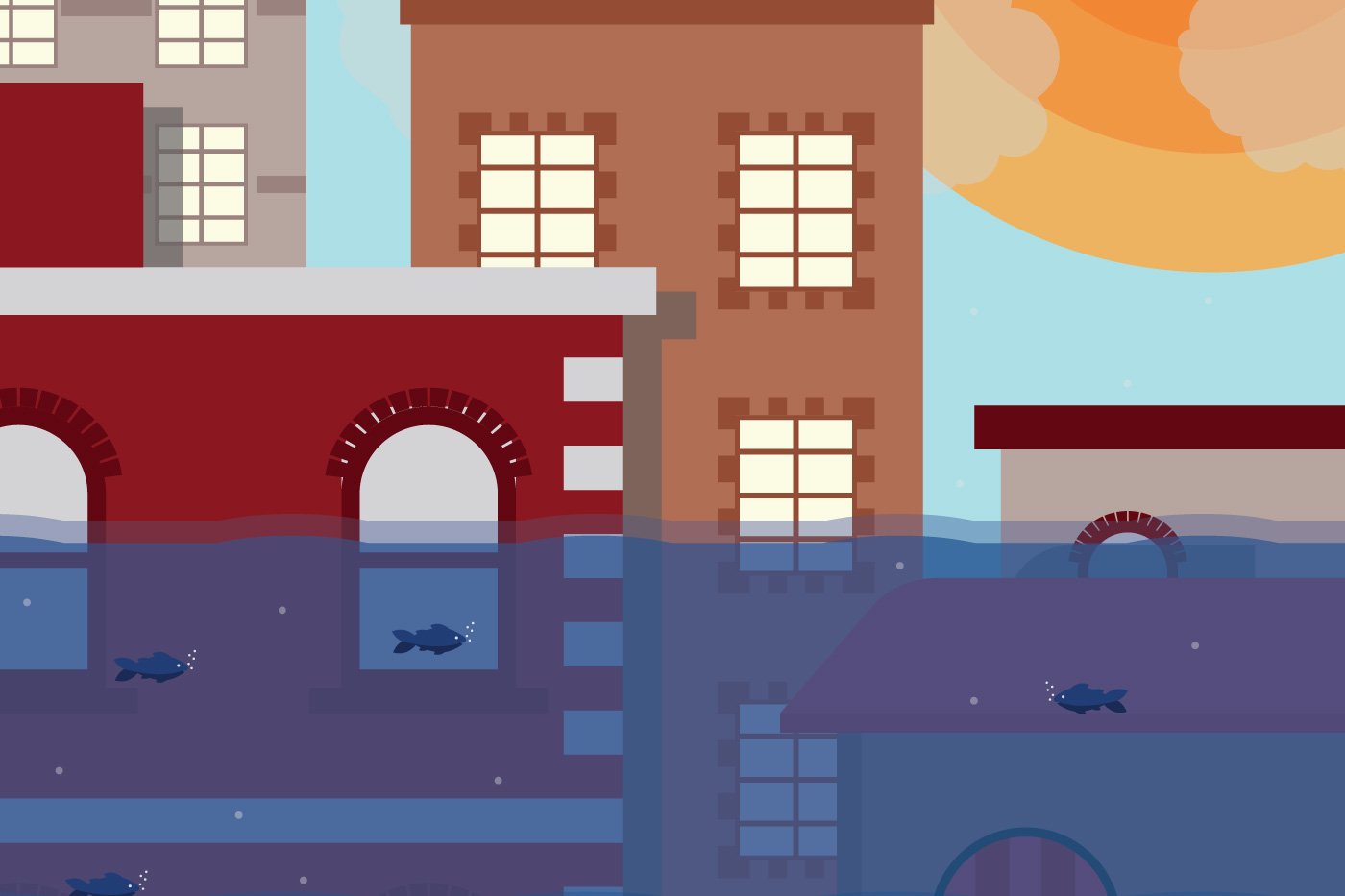 No matter how the new administration will change the debate on climate change, it’s already forcing Americans from their homes. Decades of rising temperatures and sea levels have already reshaped how and where we reside. Incessant flooding and fires have put communities in retreat as residents choose to resettle instead of rebuilding again and again. Like the slow melt of glaciers themselves, moving entire regions of the country will take decades but safety is one of our most basic needs and so will supersede most other reasons to stay in areas at risk due to a changing climate.

“The question of whether it makes sense to live in these locations is clear when you look at the risk, “ HR&A Advisors Partner Phillip Kash said. As a nationally recognized practitioner and leader in housing recovery and resilience, Kash has worked closely with municipal governments in Boston, Norfolk and Panama City. Following the devastation of Hurricane Katrina, Kash advised the New Orleans Redevelopment Authority on recovery programs to revitalize the city. “The question gets more complicated when you consider how to leave. The how part is much more difficult than the fact that retreat is necessary.”

The struggle against the encroaching climate is not unique to the US, it is a conversation being had in every corner of the globe. Some scientists predict that by 2050, much of Mumbai, Ho Chi Minh City, and New Orleans may be underwater. They predict more than 140 million people around the world will be displaced over the next three decades. Failing to resettle threatened areas will turn those tens of millions of people into climate refugees. Rising sea levels means an estimated 13 million Americans will be forced to move from shorelines. Hundreds of thousands of homes have been evacuated or lost from thousands of wildfires in California, Washington and Oregon this year alone. Rapidly rising sweltering temperatures in Arizona and Nevada have made the outdoors its own veritable inferno. One study found that one in twelve Americans in the South will be forced to move toward California, the Mountain West or the Northwest over the next 45 years. That type of population shift will fundamentally change how we think about smart cities and the risk to suitable living.

In the United States, the frontline of climate migration sits in a bayou on the southern tip of Louisiana. Surrounded by that states’ slow moving water, the Isle de Jean Charles has been shrinking for years. The narrow strip of land in Louisiana’s Terrebonne Parish has been the ancestral homeland of the state-recognized tribe of the Isle de Jean Charles Band of Biloxi-Chitimacha-Choctaw Indians since 1850. In 1955, Isle de Jean Charles consisted of over 22,000 acres and has since lost about 98% of its land due to climate erosion and engineering projects such as dams and dredging. Hurricane Katrina was a death knell for the struggling farming community, followed by Issac in 2012 and again by Hurricane Zeta earlier this year. Now the only road connecting residents to the mainland can flood on a windy day. “The Island”, as residents call it, has already begun formal resettlement efforts, splintering the tribe as the community disperses.

As sad as the loss of this ancestral land is to this already marginalized community, it is seen as necessary. “If we thought Katrina was a one time event, then retreat doesn’t make sense,” Kash said. “But you look at the floods, the fires, in places like Louisiana and California. You can clearly see. Those with money have already relocated out of the area. The market is telling us people aren’t staying there by choice.”

Resettlement discussions are inextricably linked to economic inequality, making a difficult problem even more complex, Kash explained. A UN study found the relationship between climate change and social inequality is ‘characterized by a vicious cycle whereby initial inequality causes the disadvantaged groups to suffer disproportionately from the adverse effects of climate change.’

The cycle goes like this: economically disadvantaged groups are forced to live in undesirable areas due to affordability, those areas are undesirable because they’re more susceptible to climate damage, which decreases their ability to cope with and recover from damage. Thirteen millions Americans could face the same threat as the Biloxi-Chitimacha-Choctaw tribe. Nearly 20 other communities, mostly indigneous, are already in a similar relocation process as The Island.

“When we started looking at this, we were surprised that all of the communities we identified were tribal,” Robert Verchick, the Board President of the Center for Progressive Reform, an environmental research nonprofit in Washington, D.C, told Wired. “It’s not a coincidence. Native people have rarely been able to choose the location in which they’re currently living.”

Cultural distress is colliding with financial instability, limiting viable solutions. Massive infrastructure projects to build levies, dikes and other types of mitigation are economically prohibitive. Major metros threatened by sea level rise like Houston or Miami may be able to muster the billions needed to build, but smaller metros can hardly assemble multimillion dollar bonds. Water pumps are an expensive solution that will only buy time, not safety. In most cases, dealing with inequality will be beyond the state’s ability to finance. Infrastructure improvements to reduce risk are certainly part of the conversation, but for many communities, they will not be a solution. In places like Florida, where water is coming up from the ground, infrastructure will be unable to solve the problem.

“The piece that shifts the conversation is when financial markets shift,” Kash said. “That will force mass relocation.”

That nation’s top housing lenders Fannie Mae and Freddie Mac are already in the process of changing risk pricing. If the pricing changes dramatically or they pull out all together, vulnerable housing markets will crash, further degrading homeowners’ financial stability. Moody’s, a global bond credit rating business, purchased a majority stake in climate research firm Four Twenty Seven Inc, to provide the agency with information to evaluate how well municipalities are addressing risks such as floods, fires and storms. Soon, Moody’s analysts will begin adjusting muncipalting credit ratings based on a city’s risk to climate change. Lower credit ratings will limit local solutions even further by limiting local government access to credit for critical projects. Wild fires blazing across California, Oregon and Washington are threatening insurance markets that are already partially backed by public funds. If major banks decide they will no longer underwrite multifamily commercial mortgages in an area, housing markets will collapse.

The Catch-22 for vulnerable communities is they must be realistic about the risk they face but being totally honest jeopardizes the financing they need to fund solutions. A major part of the problem insurance companies, risk adjusters and bond agencies are trying to solve is a lack up-to-date data for assessment. Flood maps, fire maps and all manner of historical data traditionally used to calculate risk and insurance rates are no longer up-to-date. Most weren’t that good to begin with. In the Houston area, residents in the ‘500-year flooding plain’, an area likely to flood once every 500 years, have flooded four times in the last 5 years. Wildfire maps are more accurate but wildfire prone states have no requirement to disclose fire risk to buyers or renters. Incomplete information combined with failing to fully disclose risk makes insurance markets highly volatile.

Even if a monumental climate mitigation effort sweeps the country, the change will take time. In the meantime, insurance in vulnerable areas will get more expensive and harder to find, making finding the money to rebuild impossible. At that point, resettling will be the only option, just like on Isle de Jean Charles.

“We need data to model what is happening, we don’t have that data,” Kash said. “Even if we convince a household to move, we can’t give good advice on where to resettle. The real estate industry doesn’t have a lot of incentive to tell the truth.”

Microgrids Are The Past and Future of Our Electrical Consumption

Current solutions to the climate migration crisis mostly consist of FEMA buyouts after a disaster and voluntary relocation policies like down payment assistance programs becoming more popular in Louisiana. This is only a bandaid. Most programs, including those provided by FEMA, are episodic and after the fact. FEMA has bought out fewer than 50,000 residents since 1989, with each buyout taking six years on average.

The current solutions to this crisis are focused on treatment, not prevention. Long, sustained relocation policies and programs are needed. It will take years. Like climate change itself, the process is slow, practically imperceptible in the moment. Overtime, forces grind away. Residents in threatened areas will retire, or their kids to graduate school, removing the reason’s most people have to stay.

Humans, like the climate, have a natural cycle, Kash explained. Keeping residents from becoming refugees means rethinking how to approach the issue to connect with families. “The first piece is making sure you’re having conversations on a community level, but supporting decisions on a household level,” Kash said. “The Island decided they’re relocating? That’s not how decisions are made. Everyone on the island is offered and given support.”

As humans we have a skewed perception of risk. Understanding the scale of events and they’re repeated nature can be difficult. Flooding, fires and storms are a flashpoint moment that aren’t seen as an anomaly, not the norm. Talking about risk in the right way is critical to convincing vulnerable communities to move. Instead of talking about storm frequency, the conversation should be framed around the possibility of someone losing their jobs, their home and maybe even their lives, three times over the next 10 years. That can frame the conversation in a more pragmatic way.

In August the Government Accountability Office released a 61-page report on what it predicts will be the largest U.S. migration since the Dust Bowl of the 1930s. The report found that in the absence of a federal policy, vulnerable communities will seek solutions without adequate resources or knowledge. Relocation and retreat policies have fallen on deaf ears in the nation’s capital, with legislatures instead allocating hundreds of billions in disaster assistance to build back communities as climate risk grows and disasters accelerate. To break the cycle, the GAO recommends the federal government assist communities with retreat, coordinated through a single federal agency.

“Adapting to climate change has to be about self-determination by communities. Otherwise we’re going to be perpetuating the problems that got us here in the first place,” Anna Weber, a policy analyst and expert on climate change adaptation and resilience with the Natural Resources Defense Council, told Scientific American.

Devastation has already begun, targeting the people least able to deal with it. We may have elected a president with a much more aggressive position on climate change, but the problem is far from fixed. Just last year over 16 million people were displaced by weather-related disasters and climate change globally. More than 1.2 million of them were Americans. Unable to protect millions of homes, we’re now left trying to protect vulnerable lives forced to relocate. 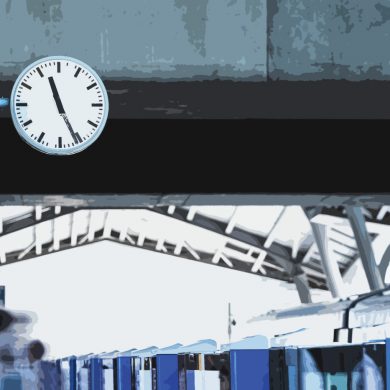