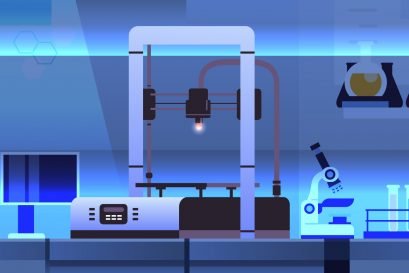 Last month, after years of a combative investigation into the Trump Organization’s business practices, New York Attorney General Letitia James filed a 220-page lawsuit alleging that former President Donald J. Trump, three of his adult children, and the Trump Organization had misled insurers and lenders with assets overvalued to a “staggering” degree. Trump has been quite vocal in denying James’ allegations, calling them a political “witch hunt.” Yet James’ lawsuit does appear to detail a pattern of irregular property valuations and potentially lax standards from lenders. Regardless of the outcome of the lawsuit, if Trump did manipulate his assets to the degree that James alleges, he couldn’t have possibly done it alone. He would’ve needed a broken banking system in order to pull it off.

Now Trump himself is no stranger to lawsuits, in fact, his history of legal battles is so expansive that it has its own Wikipedia page, and although James’ lawsuit is extensive, it’s a civil case and not a criminal one. Legally speaking, the Attorney General’s office is not required to prove that any of the alleged misrepresentation’s recipients, such as insurers and banks, relied on them or suffered any damages as a result of them. However, James’ hope is that the sheer magnitude of charges laid out in the lawsuit and the supporting documentation within her complaint will prompt federal prosecutors to take criminal action. At the very least, James’ lawsuit can pose substantial enough financial penalties on Trump that it would serve as a warning to those willing to “cheat the system” in the future. But the very “system” to which James is referring is notorious for being full of willful gray areas that are easy to exploit.

Real estate is one of the hardest assets to value. The unique nature of each property makes it very difficult to perfectly gauge the demand and, therefore, the price of each. So there is naturally some wiggle room when it comes to appraisals. Appraisal accuracy has been an important conversation in the real estate industry since the collapse of the housing market nearly 15 years ago. An analysis of over 2,000 properties from March 2007 through September 2011 showed that most appraisals were too high. But for buildings to be overvalued in the way that the Attorney General claims that they were, there must have been a gross miscalculation and a lack of oversight.

This certainly seems to be the case of 40 Wall St. The building’s $125 million construction loan is central to the investigation. After obtaining the loan from Deutsche Bank, which was then sold to Capital One, the building experienced cash flow problems in the aftermath of the financial crisis of 2008. In 2009 Cushman & Wakefield was called in to appraise the building, which bought it at $200 million. The Trump Organization, on the other hand, listed the value of the building at $524.7 million on its 2011 balance sheet, using a renegotiation of the ground lease and its projected income to justify the new value. When the Trump Organization asked Capital One if they would waive a $5 million dollar loan payment since the property had appreciated so much in value, Capital One declined, having determined that the property was only worth $257 million a few months earlier.

That is when The Trump Organization started shopping the loan around to another lender. Eventually, they were able to convince Ladder Capital to give them a new loan that would pay off their old one, thanks to a $9.5 million dollar cash infusion from the owner and a personal guarantee from Donald Trump himself. Cushman & Wakefield returned to appraise the property, this time putting the value at $540 million, more than twice the price it had given the building three years earlier—a figure much closer to The Trump Organization’s claims of the property’s worth.

It wasn’t just Ladder Capital that might have acted on bad information, according to James, Deutsche Bank had given the Trump Organization numerous favorable loans and had a relationship that went back to the 1990s. Jonathan Miller, President and CEO of appraisal firm Miller Samuel Inc. told me that in theory, a bank’s underwriting department and a third-party appraisal are supposed to shield the bank from liability, but assets that have manipulated value are almost never caught until there’s a problem. “The reality is that now, just like during the financial crisis, there’s a lot of pressure to tweak valuations,” he said. “If the leadership in the bank wants it to happen, then it’s going to happen.”

Appraisals are often called in once a buyer or lender has already determined a price on their own. As long as the appraisal doesn’t contradict the current assumption of value, things proceed without further scrutiny. This alone could give appraisers a reason to alter their value, particularly when dealing with large clients.

Appraisal technologies have been developed for underwriting the value of a property that could help with this disconnect. Automatic valuation models hold the promise of eliminating the human element of the valuation process and focusing solely on the data. But these are fallible too. The way that these programs are written can give preferential treatment to certain properties for unfair reasons (undervaluing real estate that is in ethnically diverse neighborhoods, for example). Plus, for the process to be trusted by all of the parties involved, there needs to be transparency around how the model came to its pricing conclusions. That would mean showing every firm’s playbook for valuation, which most firms would not want to do since it is often seen as a competitive advantage.

One of the interesting things about this legal drama is that it is being pursued by a state attorney general running for reelection who has campaigned on the issue, not the parties involved. Banks and investment shops have plenty of legal counsel available to file a legal action against The Trump Organization if they wanted to. So why is the state stepping in on their behalf? Politics aside (if that can even be done with Trump and James at this point), filing a lawsuit against Trump gives James a lot of advantages. The most ambiguous thing about this case is the extent, if any, of the damages since the loans got paid and none of the properties were foreclosed on. By filing a civil action, James doesn’t need to prove damages and can instead work on clawing back any ill-gotten gains in the form of preferential loan terms.

Whether it’s through deception or mechanical manipulation of the valuation, having an inaccurately valued asset adds more risk to the lender’s balance sheet. It will be hard to quantify what damage if any, The Trump Organization’s actions caused, but they potentially posed a risk to those relying on the accuracy of the city’s building valuations. The willingness of a lender to take on the risk of an overvalued asset is a function of the secondary market for property loans. The Trump Organization’s property loans, along with the majority of property loans, were bought by services that packaged them into mortgage-backed securities. It was this same misalignment of risk that caused the lending industry to overextend its leverage in a way that created the great recession.

In the case against The Trump Organization, James claimed that the company habitually boosted the worth of its properties without justification in order to benefit from a number of advantages, including the capacity to obtain loans and loans with extremely cheap interest rates. James claims to have convincing proof of this assertion. She has said that Trump and his organization misrepresented cold, hard facts, such as the size of his own apartment. Trump may counter that the disagreement over the values supplied merely reflects a difference of opinion or was done without the intention of deceiving.

The Property Valuation Reckoning is Imminent

James has expressed her ambition that this lawsuit would both inflict monetary pain on Trump and set a moral precedent in the banking world, but that reality may never come to fruition. Between his embroilment with the Justice Department for allegedly mishandling classified documents and a subpoena to testify before the January 6th Committee, Trump has enough on his plate, but the scope of James’s lawsuit could be a major blow to Trump’s real estate dynasty. As this is merely a civil case, James just needs to show that Trump’s actions were dishonest or unlawful by a preponderance of the evidence, not with absolute certainty beyond a reasonable doubt as would be required in criminal prosecution. But as the lawsuit can likely drag on for years and the potential damage that it can inflict on the Trump empire gives the Trump team a strong incentive to reach a settlement.

While it is alarming to see a state attorney general playing politics, what would be a positive outcome of this lawsuit is a change to our appraisal process. One solution could be requiring appraisers to have more of the risk fall on the appraiser. “One thing that has damaged the public’s trust is the licensing vehicle of the appraisers because there’s no pushback if deal craters,” Miller said. “Appraisers need to be subjected to clawbacks if it’s been proven that they misrepresented an asset.” This would obviously change the nature (and price) of property appraisals and likely put an undue burden on appraisers. But a fundamental rethinking of the appraisal process might be needed if we want to create a more transparent property industry.