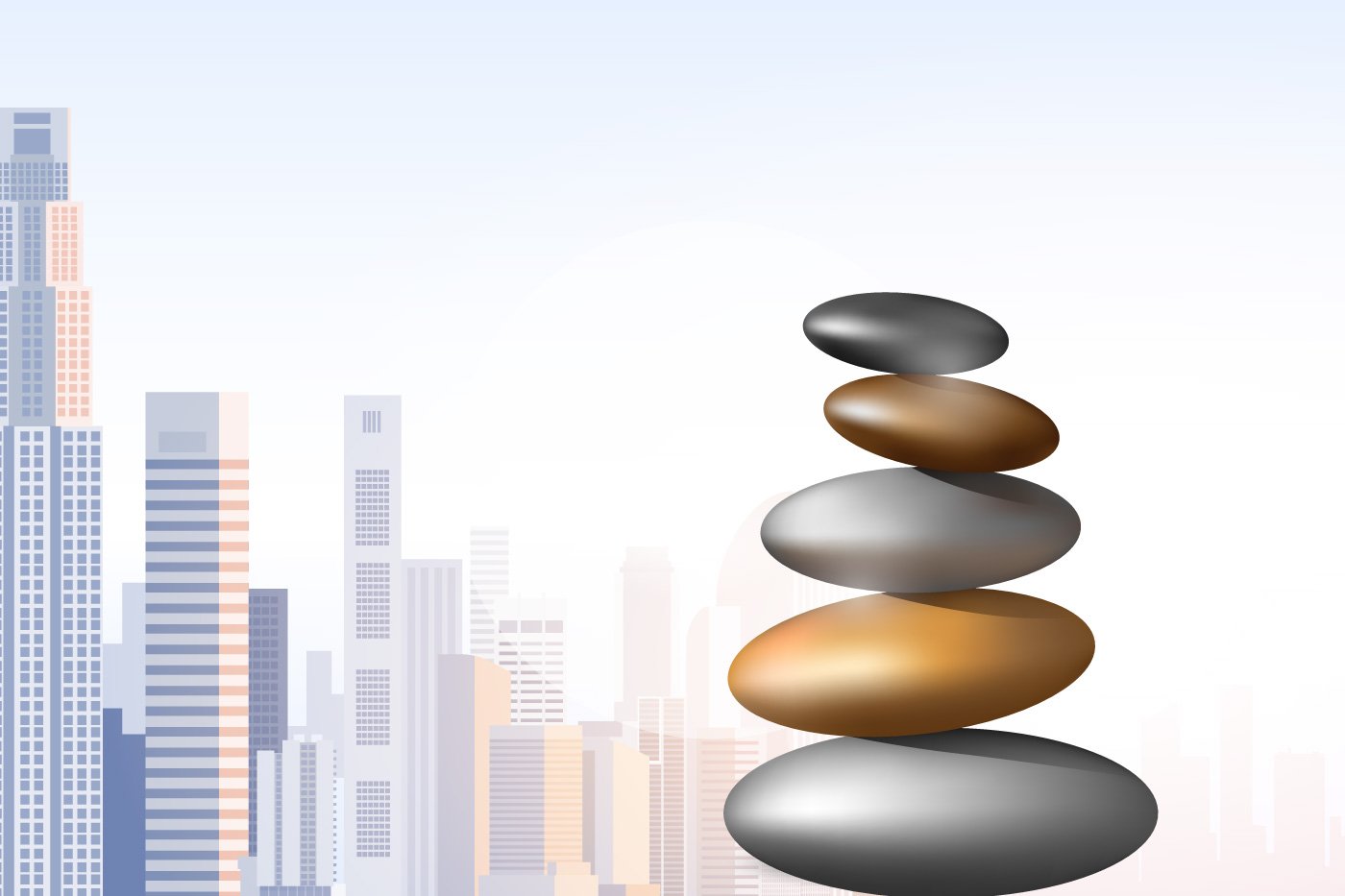 The idea of Passive House first took shape in the U.S. and Canada as a solution to the oil embargo in the early 1970s. Architects and engineers, faced with an energy shortage, started exploring ways to use less energy in homes they built. Fast-forward to the late 1980s, Swedish engineer Bo Adamson and German physicist Wolfgang Feist began discussing what would later become the Passive House standard and, in 1996, established the Passive House Institute in Germany. Passive House is a rigorous building standard that uses significantly less energy to heat and cool a building while keeping the building temperature even and comfortable in all seasons.

One of the major distinctions between Passive House and other building certifications is the focus on an extra-insulated facade that seals in cool or hot air, depending on the time of year. Passive House buildings also have high-performing windows and heat recovery and exchange systems that cycle out indoor air, which will then get moderated by cool or hot outside air. Buildings constructed to meet the standard often use up to 90 percent less energy than traditional buildings and sharply cut costs for conventional heating and cooling systems. The program has grown increasingly popular over the past decade as multifamily development projects across the U.S. have adopted the requirements. But it’s not just for residential buildings anymore.

Only a handful of development firms worldwide have chosen to build office buildings to the Passive House standard, most of which are in Europe. The first to be certified was the RHW.2 office tower in Vienna, Austria, in 2013, followed by others in China and Germany. But in the U.S., very few developers have seen a project through to its completion. One project in Chicago was anticipated to be the first and largest office project built for Passive House, but that project has seemingly stalled. In New York City, a small development firm is planning an 11-story building with 343,000 square feet to the standard in Long Island City, Queens, but it is still a few years away from opening.

The largest project in the works is Winthrop Center, a $1.3 billion mixed-use development in Boston. Developer Millennium Partners Boston (MP Boston) hopes the complex will be a model for other office developers in the U.S. and around the world to follow. Winthrop Center will have 812,000 square feet of office space and is set to meet Passive House standards and earn LEED as well as WELL certifications when it opens next year. “Part of what we hope this will do is create this excitement around efficiency standards and show others that it can be done,” said Brad Mahoney, director of sustainability at MP Boston.

Mahoney and the team at MP Boston first started creating the vision for Winthrop Center more than 5 years ago. The firm wanted to do something big, something beyond what was typical in the office market. “It really started with this idea of creating a next-gen building,” Mahoney said. Handel Architects, a firm MP Boston has worked with for more than 25 years on commercial projects, first brought the idea of Passive House to the table for the project. Mahoney and the team were sold. They knew there was a need to directly address climate issues not just in the residential sector, but in the workplace too. “We really wanted to move the market,” he said.

According to MP Boston, Winthrop Center is the largest private investment for a single project in Boston’s history. Once completed, the state-of-the-art complex will rise to 691 feet above the city’s financial district and will house more than 800,000 square feet of office space, 317 apartments, and a space open to the public on the ground floor, which the developer refers to as an “urban living room.” In addition to Passive House, the project is also expected to achieve LEED and WELL certifications. It will be the largest office building in the world to have Passive House certification, something Mahoney hopes will inspire more to follow as the threat of climate change is becoming increasingly urgent. “I think at the end of the day, a lot of employees want a little bit of agency in this because they know climate is at the forefront of what we need to address,” he said. Mahoney added that they’ve already signed two tenants to the building–Cambridge Associates and Income Research + Management. They wanted to be in the building because of its high sustainability level and how they address the climate crisis.

Mahoney pointed out that Passive House works particularly well for cold climates like Boston. For instance, Winthrop Center’s facade is triple glazed and has extra insulation. “It dramatically reduces the amount of heat you need to provide within a space,” he said. And in an office building populated by hundreds of workers with an average temperature of 98.6, there is a natural supply of warm air. The Passive House standard can face difficulty in hotter climates, but according to experts, that can be adapted through solar shading systems and natural ventilation–at least for residential buildings. At the moment, there hasn’t been much research on how Passive House office buildings in hotter climates have performed.

Passive House and other green certifications are a voluntary standard to achieve, but that could change. States around the country are beginning to adopt more stringent building codes to reduce emissions and reduce carbon use. In Massachusetts, where Winthrop Center is rising, the state and the city have adopted ambitious decarbonization goals, with Boston taking elements of Passive House to update their code. Other major cities have adopted new emissions standards in recent years that could help drive more developers to seek green certifications, including New York City and San Francisco.

Over the last few years, the number of companies embracing and achieving Passive House certification has grown significantly across the U.S. and worldwide. Organizations like the nonprofits Passive House Institute (PHI) and the International Passive House Association (IPHA) have been working to bring awareness and spread the gospel of Passive House to real estate circles far and wide. New chapters of both organizations are popping up across the U.S., said Sara Bayer, the director of sustainability at Magnusson Architecture and Planning (MAP), a New York-based architecture firm that designs affordable, supportive, mixed-income, and senior housing. Bayer is Passive House-certified and is a member of New York Passive House, a partner of the PHI, and an affiliate of IPHA. “We’ve really seen exponential growth in the use of Passive House technologies and electrification of projects,” she said.

Though a recent Supreme Court ruling will limit the EPA’s ability to regulate greenhouse emissions, at the state and local level, reducing carbon emissions has made much progress. More than ever, developers and tenants alike are carving out ambitious environmental goals. “Passive House is only a few percentage points more in cost and can get you all these energy benefits,” she added. In addition to lower energy costs, the benefits include improved indoor air quality and heating and cooling that is uniform throughout the building–no hot or cold spots that can happen with older systems like window unit air conditioners and radiators.

Bayer said the one factor not discussed enough within the sustainable building space is how many building code minimums are outdated and “quite unhealthy” for ventilation. That means a lot of stale air and shared air between apartments, no guaranteed oxygen replacement, and no form of toxin removal that you would want in a living space. “Current code minimums are not serving us,” she said. Air ventilation has gotten a renewed focus over the last few years, as concerns over COVID and its spread through air droplets forced owners and property managers to take a hard look at how air traveled through their spaces.

In learning the ins and outs of Passive House, the question of how it could be used in a commercial office building setting arose. Mahoney and the team at MP Boston flew to Germany to meet with The Passive House Institute in Darmstadt to share their vision of a Passive House in a commercial office building. During the trip, the group traveled to the Bahnstadt neighborhood of Heidelberg, a place many consider to be the most sustainable, energy-efficient neighborhood in the world. Mahoney was blown away. “It was amazing,” he said. “It was really a trip of learning.”

The award-winning developments in the German town have helped draw global attention to Passive House standards and sustainability within the buildings where people live and work. All new buildings constructed in the Bahnstadt district must meet Passive House standards. A combined heat and power plant (CHP) in nearby Pfaffengrund supplies the settlement’s heat through 100 percent renewable energy. Every year, the CHP plant uses more than 66,000 tons of organic waste from landscape conservation and other green waste to power 6,000 homes in the district. Homes have smart meters, streetlights have LED lamps that are monitored through a software system, and the district has even relocated native sand and wall lizards to a new habitat within the neighborhood so as to not disrupt the local ecosystem. For Mahoney, seeing the Passive House standard on such a large scale was a turning point for how he could communicate the vision to the office market. “It helped us tune our message, so to speak. Because at the end of the day, when we bring it back to the States and the tenant base, we have to be able to message what we are building.”

While a growing number of residential developers are building to the Passive House standard and the office sector is just getting started, other areas of the industry aren’t far off. In fact, some in the industry are beginning to use the term Passive Building instead of Passive House, according to PHIUS, a U.S.-based nonprofit that certifies projects and trains in Passive Building. The world’s first Passive House hospital will open in the German city of Frankfurt. The achievement was a milestone for the energy standard, given how hospitals use an enormous amount of energy to stay open around the clock. Earlier this year, a Hilton brand hotel in New Haven, Connecticut, opened its doors as the first Passive House hotel in the U.S. Student housing has also gotten in the game, notably with The House at Cornell Tech on Manhattan’s Roosevelt Island, a student dorm that is billed as the largest and tallest residential building in the world to meet the standard.