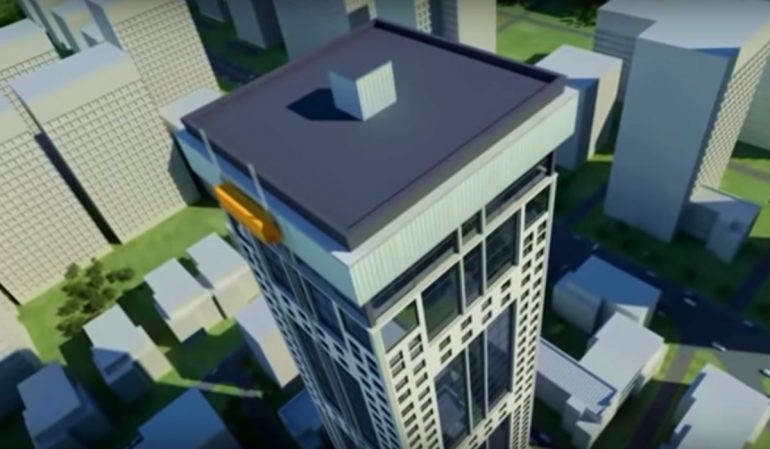 We have all seen the iconic picture called “Lunch Atop a Skyscraper.” The calm faces of the grizzled men that are having lunch on a beam high above Manhattan are hard to forget. Not to take anything away from the brave men that built skyscrapers in the U.S. before O.S.H.A. was established, but the angle of the shot actually creates a lot more drama than was the case. You see, buildings are built one story at a time. So even though these men might still fall to their deaths, it would only be a short trip rather than the long way to the ground floor.

So, since we build our buildings one floor at a time, why are we still subjecting the workers to these kinds of dangers at all? Why don’t we give workers an enclosed space to work within so their job isn’t dependant on the weather? Why can’t buildings just grow in cities like trees in the forest? These are not the types of questions that most families talk about during gatherings but The Larouche family is not your typical one.

“My father in construction most of his life,” Joey Larouche explained. “He had been a project manager on some of the tall buildings in Montreal. One night he was explaining his frustration with those projects, everything from safety to logistics to neighbor complaints to bad weather.” So Joey and his cousin Justin, both mechanical engineers, started brainstorming ways that they could solve this problem.

“I had been doing lifting systems for different industries,” Joey said. “I said, doesn’t it make sense that we start with the roof and push the roof up so we don’t have to work outside?” It was here where the idea of his company Upbrella was born. “We build the roof in a very early stage in the construction. Then we have the unfinished floor enclosed by a temporary structure that can be reused floor by floor and on other jobs.”

This method of lifting the roof is a huge benefit to the crew. Joey told me, “We started to work on ways that would allow the workers to always work with their two feet on the floor. No walking on beams, no harnesses.” The lifting system they built had another huge benefit, it would allow buildings to add on height without demolition or even interruption to the finished units. In a dense, high priced city, exactly where this type of vertical expansion would be the most valuable, those months of rent could add up to a staggering amount.

So, Joey and his cousin started bringing their idea around. They went to local construction unions and engineering associations and found an eager audience. When they debuted their innovation on their first project they were awarded an innovation award from the Toronto Construction Association. Since then they have gone on the win PwC Canada’s Vision to Reality award in the $25 million Disrupter category.

How Blockchain is Helping Bring Fine Art to Buildings

Now they are scaling their business and attempting to bring their technology to the world. “This is especially useful in places that have a historic district,” Joey told me. “We are adding eight or nine floors to a four-story heritage building right now and we are able to keep the original building, add occupancy and do it in a very dense urban environment where it would be impossible to have a tower crane.”

Having the flexibility to go up is valuable. Just ask JP Morgan Chase as they get ready to demolish their headquarters at 270 Park Avenue in Manhattan, a project that will be the tallest building to ever be torn down with the exception of the World Trade Center attacks on Sept. 11, 2001. Not only is the roof lifting technique a solution to demolition it also allows for quicker occupancy which can be a much-needed inflow of cash for real estate companies mired in a costly construction or renovation project. Joey estimates that his technique can get the floors ready for use about twenty percent faster than the traditional method.

When we talk about flexibility we often think small. Being able to change the layout or use of a building without significant costs is nice, but pales in comparison to the saving from being able to gain square feet without buying an foot more land or pouring a yard more concrete for foundation. If this innovation becomes the norm, isn’t far fetched see a future where our buildings do grow in our cities like trees have for millions of years, ring by ring and floor by floor. 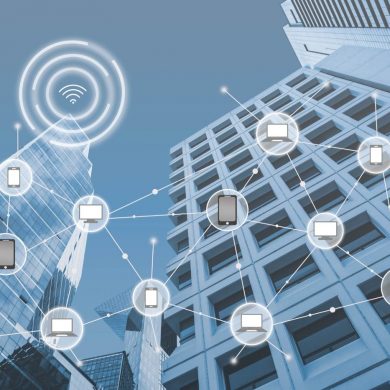