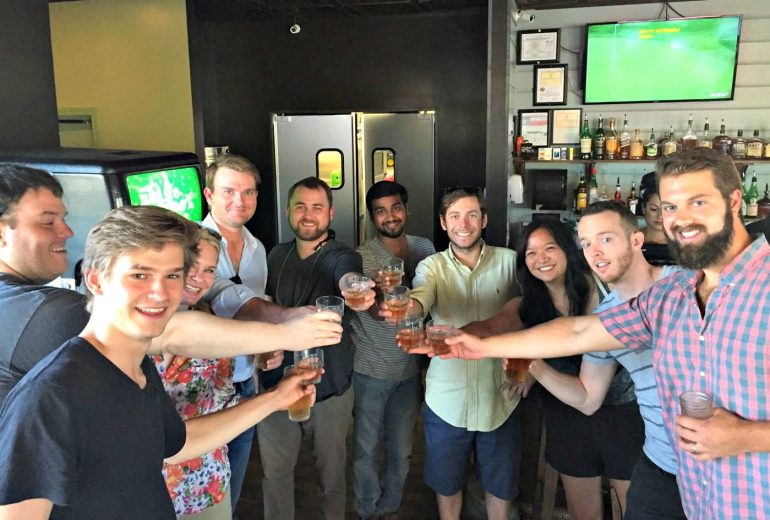 Founded in 2007 by Vijay Mehra, a crack Salesforce guy and ex-CRE investment guru, REthink is the marriage of the world’s most popular and powerful CRM (Salesforce) and real estate. What began as a product tailored for agents and brokers, has evolved into a full-blown real estate business management solution for commercial and residential real estate, two separate product lines, with features for virtually every person in the firm.

What may be most surprising in this age of opportunistic venture capital is that REthink grew for 8 years with no outside funding — it was bootstrapped as they say in the startup world. Their product was one of the first CRE tech products to hit the market but as the CRE tech ecosystem started to expand with new companies and fresh capital over the past couple years, REthink found it challenging to keep pace. But in recent months they have been rethinking their strategy and are on the cusp of a serious growth spurt, propelled by some major internal changes, including a new CEO.

Replacing Mehra as CEO is Gregory Stewart, who joined REthink as Director of Strategic Partnerships in early 2015 and quickly climbed to COO 6 months into the job. Previously Stewart served was the head of business & corporate development for a high-growth venture-backed advertising tech company in Silicon Valley and before that he was a technology investment banker at Goldman Sachs in New York and San Francisco.

“I knew Vijay for about ten years after meeting in New York City at a New Year’s Eve party that was hosted by Mayor Rudy Giuliani,” says Stewart, who had interned with Giuliani’s consulting firm the summer prior.

“We both found our way into careers related to technology and we enjoyed comparing notes over the years. I was always a bit jealous though, as I was pretty much spending all my days and nights in Excel spreadsheets while Vijay was founding and growing a really interesting technology business serving the real estate industry.”

Heading into 2015 Mehra was ready to take his company to the next level and knew that he needed to bring someone in to help him manage the company’s day-to-day operations.

“As the single founding and executive member of the REthink team at the time, I found it increasingly difficult to manage all aspects of a growing business,” explains Mehra. “I had known Greg for several years and was very impressed with his career path and professional development. He was the perfect candidate to groom to eventually take the steering wheel at REthink, not only because of his deep experience in both the banking and tech worlds, but also his drive and dedication to success.”

“I am confident Greg will continue to steer the REthink team in a positive direction as CEO. After only a few months in his new role, Greg and the REthink team deployed the largest REthink product release to date, which was quite an accomplishment.”

Stewart, who grew up in New Jersey and went to Notre Dame, spent early last year helping to launch REthink’s San Francisco office, where he had moved with Goldman Sachs in 2012.

After only a few months in his new role, Greg and the REthink team deployed the largest REthink product release to date, which was quite an accomplishment.

“After I moved to San Francisco I had a first hand look at startups and entrepreneurs who were solving incredibly complex problems with technology,” says Stewart. “There’s been a lot of movement over the past couple years from people in finance roles transitioning into tech roles. I was watching colleagues hang up their suits to pursue really impactful operational roles at some of the most interesting, high growth startups in Silicon Valley and then climbing very quickly up the ladder. They were able to contribute to really impactful decisions and initiatives almost immediately. Living in San Francisco it’s hard not to get the itch to join the startup world.”

While at REthink, Stewart gradually took on more and more responsibility and eventually was entrenched in company strategy alongside Mehra. Late last year, Mehra made the difficult decision to hand over the CEO reins to Stewart so that he could pursue a new venture that was gaining traction. As the majority investor, Mehra remains an active board member but he’s devoting most of his time to launching a new Austin coworking space called atx FACTORY. When it opens this month, REthink will move in as a founding member.

“The REthink team is the perfect founding member for atx FACTORY. Their culture and energy embodies what the FACTORY represents,” says Mehra. “The FACTORY was built with REthink in mind. I remembered every pain point and wish list we had, but couldn’t find or afford, for our office needs as we grew. I am proud to welcome this incredible team into our ecosystem of talented individuals.”

Mehra has big plans for atx FACTORY, looking to scale the concept to other markets in the U.S. to bring a healthy work-life balance to entrepreneurs and creative-types alike.

Wanting to reinvigorate the company after taking command and looking to invest heavily into product development, Stewart decided to change course and raise money.  The company just completed a large angel round, their first ever round of outside capital. Leaning on his extensive private and public fundraising experience from his time advising technology companies at Goldman Sachs, Stewart was very selective about the handful of new investors he allowed in.

“It’s a phenomenal group of people who are betting on us. Every single investor has unique experience they bring to the table. It’s a diverse mix of entrepreneurs, professional investors, and technology, real estate and financial services leaders. It’s very exciting and fortunate to have this group now in our corner,” adds Stewart.

Now based in the Austin office, Stewart has his sights set on raising the company’s first institutional round of capital.

It’s a phenomenal group of people who are betting on us. Every single investor has unique experience they bring to the table.

Despite the long days, Stewart is embracing his new role and is carefully balancing his professional and personal time. “It’s challenging to be away from my wife during the workweek. It now feels like when I get back on Friday evenings that San Francisco is a weekend vacation destination. I try to power down as much as I can on Saturdays to unplug with my wife.”

The money REthink recently raised is being used to fuel customer acquisition and product development, especially on the commercial real estate product. Stewart is actively building out the team to help him scale the business intelligently.

He brought in Ben Gammon to lead the commercial product development efforts. Gammon came from the real estate investment management firm Heitman, working in acquisitions, so he had a solid grasp of the CRE ecosystem and the type of technology products being used. “In the second half of last year Ben and I spent time with almost all of our commercial clients to understand exactly how they were using our products and to uncover the gaps,” explains Stewart. “We then spent the first half of this year rebuilding, almost from scratch, our new CRM and deal management product, REthink CRE, which is built on Salesforce. We spent a lot of time listening and learning. We wanted our clients to tell us how our products should serve them, not vice versa.”

REthink CRE launched quietly in mid-May. It’s described not only as a CRE CRM to track people, companies, properties and spaces, but also a full-lifecycle deal management solution to help guide brokers through each stage of a deal.

Stewart says that REthink really shines in larger offices and the platform is currently being used by nearly 400 firms and by thousands of users. “It has a lot of features designed for CRE specialists. Workflow becomes a way of coordinating activity across the firm and fostering collaboration. CRM becomes a tool not only for your sellers to win new business, but for the entire firm to deliver an exceptional client experience.”

Each REthink subscription is $79 per user, per month, paid up front annually with a minimum of 4 users to start. The platform is positioned for teams and offices versus single agents or brokers. There is an on-boarding component to make sure that clients are set up for success from the start. During the onboarding process the REthink team helps configure security and permissions settings, builds tailored workflows to facilitate process automation, and creates custom reports and dashboards, allowing brokers and teams to track their success.

“The feedback from our clients and prospective clients in that we really did listen to the industry to successfully tailor our products for the complex requirements of today’s commercial brokerage,” says Stewart. “Our deal management solution has really resonated with the industry. It goes well beyond core CRM functionality by helping brokers to stay on an organized guided path through their sales process from prospecting to close.”

With the launch of REthink CRE and the successful fundraising, Stewart has hit his stride as CEO. He says he and his wife have chatted about relocating full-time to Austin, but for now they’ll be splitting their time between Austin and San Francisco. “We moved to San Francisco from New York City in August of 2012, literally the week after we got married. We’re definitely not afraid of change and we’ve been fortunate to live, work and establish deep roots in some of the greatest cities in the country, if not world.  Our experiences in each city have certainly broadened our perspectives, both personally and professionally.”

Looking ahead, the REthink team is running fast and their newfound focus and products are catching attention from the industry. And just like the promise REthink CRM makes to its users, Stewart says he has a clear view into where his business has been, and where it’s headed. 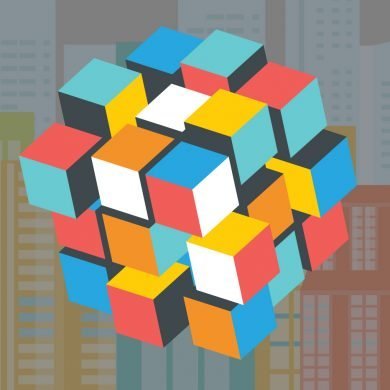