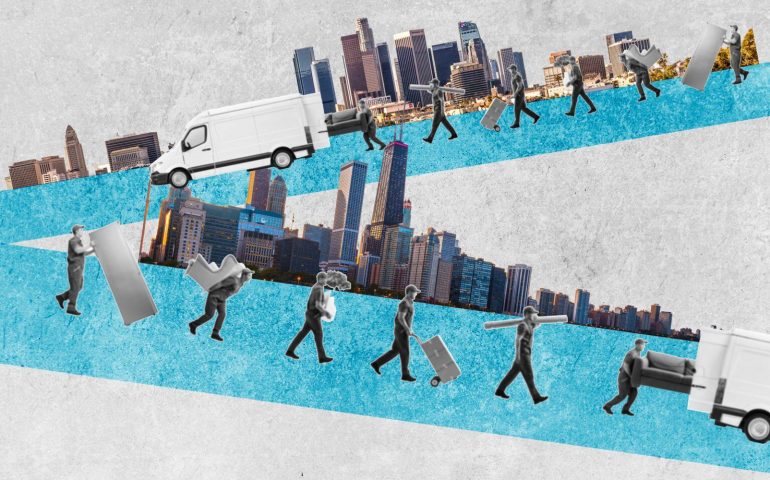 Of the 110 metro areas with at least half a million people, 29 saw losses in 2020. (iStock)
Partner Content

Americans made some major moves in 2020, draining the population of key cities.

Urban counties saw the greatest impact of pandemic-year migration, according to an analysis of census data by the New York Times. Urban populations had also fallen in 2019 after seeing growth slow since 2012, largely from a lack of housing, but last year accelerated that trend.

New York, Los Angeles and Chicago were among the 10 cities with the steepest losses.

A lack of international migration contributed to the declines. Prior to Donald Trump’s presidency, incoming foreigners contributed substantially to urban growth, but their numbers have been dropping since 2017.

The data mirror U.S. Postal Service numbers, which indicate that nearly 16 million people moved between February and July 2020, an increase of 4 percent from the previous year. The data also spiked in March and April, suggesting that the pandemic led to some decisions to move.

However, other data indicates that trends may be reversing as the pandemic eases. Cellphone tracking firm Unacast found that New York City gained 1,900 people in the first two months of 2021, compared to a loss of 7,100 in 2019, Reuters reported.