How to reallocate capital into revenue-generating activities

It wasn’t long ago that the success of a company was tied to the image projected within its real estate footprint. Location, location, location was about branding, recruitment, growth, perception, and more. The adage has been valid for so long that as companies rethink their real estate footprint, it’s done with abundant caution and debate. Is this the right thing to do? The truth is, no crystal ball can tell us what’s right but we can be prepared to make the popular choice a smart decision through a shift in mindset and reallocation of capital.

An echo chamber for why companies need employees back in the office has been running for months. You can find advocates who refuse to accept anything but a fully remote environment and those who believe the exact opposite; just do a quick Twitter search. The arguments include productivity, the value of spontaneous collisions, the ability for junior employees to find mentors and earn promotions, time with family, environmental effects of less commuting time, solo focus time versus collaborative meetings, and generational differences between what has always been and what may be next.

However, one of the most touchy subjects is around office space; should space be repurposed or should companies shrink it down to what they think they’ll need? How much money is being spent on empty offices? And, if companies decide to change, how much is this change going to cost? Boeing plans to reduce its global real estate footprint by 30 percent yet Hyperscience is expanding into the entire 88th floor in New York City’s One World Trade Center and did it with a 10-year lease. “Our people are our most valued asset and maintaining a level of flexibility that includes creating environmental options to help fuel collaboration and community is of the utmost importance,” said Charlie Newark-French, COO of Hyperscience.

No matter the side of the argument regarding what work will look like in the future, there is no denying that the offices of yesteryear are not coming back. Companies that spent small fortunes on prominent office space in big cities may move to a more distributed model. Other companies may move to a different class of building. There are many options, but knowing what is right for a company needs to be based on more than assumptions. These decisions need facts.

Knowing what’s happening in a space will reveal what to do with it as well as ways to reinvest saved capital. “As we enter this new chapter, companies should pivot their mindset to growing their businesses and optimizing their real estate footprint,” explained Allison Ballard, Vice President & Executive Director at 4SITE by CORT. “Companies need to look at this time as an opportunity to invest in people and productivity, and remain flexible to embrace initiatives that drive revenue.”

As we enter this new chapter, companies should pivot their mindset to growing their businesses and optimizing their real estate footprint. Companies need to look at this time as an opportunity to invest in people and productivity, and remain flexible to embrace initiatives that drive revenue.

Beyond the question of penalties for breaking leases early or the challenges of finding subletters, if it’s permitted, how much money is available for reallocation varies with the desired changes. McKesson is shrinking its real estate footprint and expects related restructuring fees over the next year to be anywhere from $180 million to $280 million. However, the changes are expected to save the company $60 million to $80 million a year, so the changes could pay for themself within three years with a bit of luck. “Office redesign is expensive and making changes that are not backed by data could be costly mistakes,” said Ballard.

While reducing space may save money, reallocating the capital reserved for office space can generate additional revenue, too.

Just like no two companies are the same, neither are employees; we’re all snowflakes. Understanding how people work best may depend on their department or seniority, but it also may depend on the individual’s natural circadian rhythm and hours when they prefer to work. As Amy Weaver, CFO at Salesforce, said, “The number one thing we heard from employees is that flexibility is important to them.”

Productivity was the focus of a recent 4-day workweek study in Iceland. “The Iceland shorter working week journey tells us that not only is it possible to work less in modern times but that progressive change is possible too,” said researcher Gudmundur Haraldsson. The study revealed that productivity remained the same but worker wellbeing improved with employees having more energy on the job and enjoying their work more. Canada, New Zealand, and Spain have approved similar future studies.

Collecting data about when, where, and how employees are most productive at work can be done through work surveys but those can be subject to unconscious bias. However, tying those survey results into hard data through occupancy sensors can make deeper connections. For example, if an employee finds they’re most productive right before lunch, and that’s also when they’re sitting in their noise-canceling pod, one could build a correlation between the pod and productivity. Or, between the time of the day and productivity. Based on this data, companies can reinvest their concentration and budgets from solely thinking about office spaces to designing flexible schedules and spaces that best fit the employees.

Another old adage promises that if you build it, they will come. This rings true for offices, especially after a long period of working in makeshift spaces like bedroom corners and while juggling children. “We have beautiful real estate around the world, which I love, but I love it more when it is fully occupied,” said Amy Weaver, CFO at Salesforce.

The best spaces are driven by employee needs and as companies search for ways to promote employee happiness while building loyalty, spaces need to be a reflection of that commitment. Companies need to think about how much of their organizational bandwidth is going towards thinking and planning for flex, and if that is enough for their employees. If not, time to reallocate resources.

The office is part of the culture of a company. “If you’re going into the office for the serendipitous interactions, and the space isn’t there for it, what’s the point of having an office? More importantly, what’s the cost of attrition because there isn’t a place for employees to cultivate loyalty to the corporate culture and brand? A perceived lack of understanding of the individual employee’s contributions to the mission can be quite costly,” said Ballard.

Despite the best intentions, spaces are rarely used the way they’re designed. Offices may follow all the design rules to be enjoyable places like natural light, access to the outdoors, elements of biophilia, and noise reduction yet employees may prefer to work in the lunchroom because it has the best seats. “As companies experiment with new staffing and return to work models, data gathered on the true utilization of workspaces can help monitor if new configurations are working,” explained Ballard.

This is increasingly important as companies strive to find the optimal balance or combination of hybrid and distributed workforce models. Collecting data through studies and sensors allows companies to see patterns and trends emerge. Companies that have a true handle on what is currently happening in their spaces are much better positioned to pivot if changes need to be made.

If we’ve learned anything during the past eighteen months, it’s that nothing is for certain. Making a company better is no longer just about office spaces but about branding, retention, productivity, and other priorities that are happening now but also preparing for what’s next. If data can reveal a subtle trend and offices can move in tandem or even ahead of it, offices will become better places to work. There are a lot of unknowns, like when the debate of what the future office looks like will end, but having facts about what’s happening in office spaces now, whether they’re on Broadway or decentralized, is the only way to invest smartly and move confidently forward. 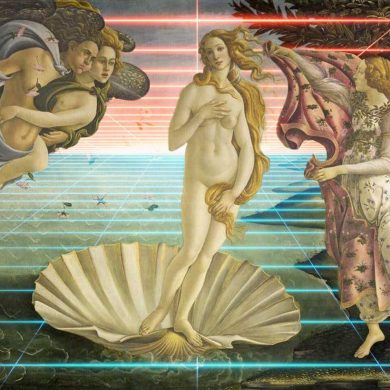