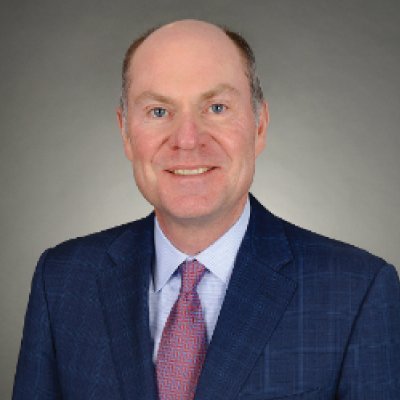 Tom is the President and CEO of ICSC. ICSC serves the global retail real estate industry by providing its 70,000+ member network in over 100 countries with invaluable resources, connections and industry insights, while actively working together to shape public policy. Tom believes that retail real estate is central to economic development and opportunity, and plays an integral role in the economic, social and civic vibrancy of communities across the globe.

Prior to joining ICSC, McGee served as Vice Chairman of Deloitte, LLP, one of the largest professional services firms in the United States. During his 26 years with Deloitte, Tom held major global and U.S. leadership roles, including, among others, Vice Chairman, Deputy CEO, National Managing Partner of M&A Services and Global Chief of Staff. He was also a member of Deloitte’s Global and US Executive and Operational Leadership Committees.

Tom is a noted business speaker with frequent appearances on CNBC, Bloomberg and Fox Business. He has coined the term Retail Renaissance to describe the convergence taking place in the industry as retailers embrace both digital and physical channels for serving consumers. Often quoted in national media outlets such as The Wall Street Journal, USA Today and CFO Magazine, Tom is also a guest writer for Forbes.com.