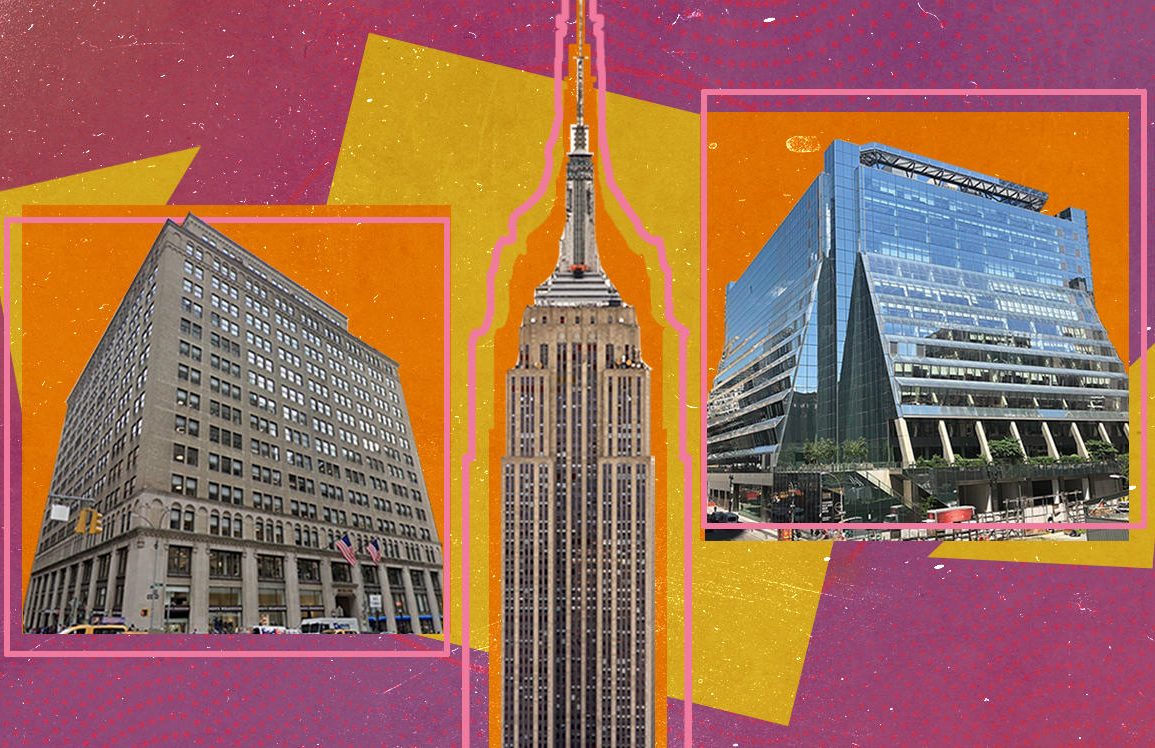 Manhattan’s office availability rate hit a high not seen in more than a decade.

In October, the amount of available office space in the borough rose to 12.9 percent, the highest since 2004, according to Colliers International’s monthly Manhattan office market report.

The glut of available space persisted even as leasing volume rose: It was up by 57.1 percent to 1.76 million square feet, compared to September. But that’s still less than a half of what it was a year ago.

“The demand has not yet recovered,” said Franklin Wallach, Colliers International’s senior managing director for New York research. “It improved in October, but definitely has not recovered to pre-pandemic levels.”

The largest deal inked in October was at One Park Avenue, where New York University renewed its 633,000-square-foot lease for the Langone Medical Center. It’s the second-largest lease signed this year, after Facebook’s deal for 730,000 square feet at the Farley Post Office redevelopment.

The second-largest deal was at the Empire State Building, where Centric Brands signed a 212,000-square-foot lease for 7.9 years. The company previously subleased 300,000 square feet from Global Brands Group, but Empire State Realty Trust recaptured the space and leased it to Centric directly. Li & Fung, a Hong Kong-based supply chain manager, took the remaining 103,500 square feet on an 8.3-year lease.

Rounding out the top three was a 113,000-square-foot sublease at 5 Manhattan West by Noom, a rapidly-growing weight-loss startup that’s relocating its headquarters from Chelsea.

One thing that all three deals have in common is location: They’re in the Midtown South market, which accounted for more than half of Manhattan’s overall lease activity in October. But even in that submarket, the availability rate rose to a record high of 12.1 percent, up by nearly 49 percent from a year ago. The average asking price is down to $72.26 per square foot, a nearly 10 percent decline from last year.

The sharp decline in price was partly because Midtown South has become a popular office location, which has led to a spike in pricing, Wallach said.

“There are tenants that, for the last several years, have been squeezed out of Midtown South because of lack of options, or priced out because some of the most expensive portions of the market are in Midtown South,” he said. “If there are now more options, and at a discounted asking rent to what it was a year ago, then that’s an opportunity for tenants that wanted to be in Midtown South, but couldn’t be, to now get into that market.”