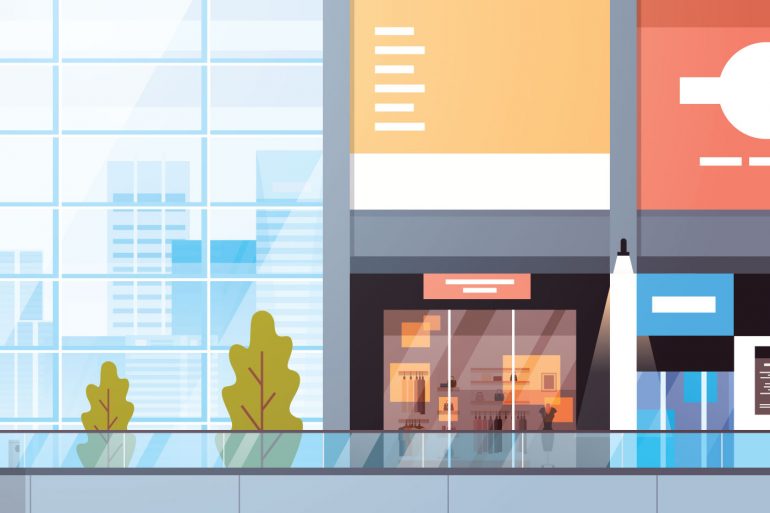 With RecoTech now in the rearview mirror, I’ve been reflecting on the events, discussions, and tours that took place last week in Helsinki. One of the things that stood out to me the most was our group visit to Helsinki’s Mall of Tripla, where we had a brief chat with design house Amerikka, which worked on the mall’s concept design, before being led on a tour of the property by Sami Maukonen, Amerikka’s CEO.

As an American, I consider myself an “anecdotal expert” on shopping malls. Not so much their economics (check out our recent research report for that) but for their experience. Growing up near Chicago, I lived in close proximity to numerous malls, four of which I spent a substantial amount of time in. Each of these stands out for different reasons.

Gurnee Mills is perhaps the most accessible and general of them all, with a wide mix of value and niche brands within its walls. Hawthorne Mall is perhaps a little more upscale. Woodfield Mall is Illinois’ largest, with a more diverse, upmarket restaurant selection and a number of levels including a mezzanine. Finally, Northbrook Court, located amongst the region’s most affluent suburbs, has the high-end stores like Neiman Marcus.

The mall metamorphosis is by now a familiar talking point. Mall operators are finding themselves having to move to more experiential, creative growth avenues in the face of persistent disruption courtesy of e-commerce. But while restaurants and activities are often the emphasis at American malls, it seems, anecdotally at least, that design remains a bit of an afterthought. Sure, modern malls and mall redevelopment projects keep aesthetics in mind to some degree, perhaps through art installations or landscaping in the case of outdoor malls. But true design innovation seems to have avoided the mall owner crosshairs.

Mall of Tripla, on the other hand, puts a strong emphasis on thoughtful design. In fact, it’s hard to miss it. Part of the mall’s exterior entranceway is accentuated by large lilypad-like structures that provide shade and cover for shoppers on their way inside. That same design motif, of rounded, lotus-like structures, follows through inside the mall, where more lilypads offer their own mezzanine seating area, elevated above the bustle of the mall floor but offering its occupants great views of the activity going on around them.

If the logic is that the more time you spend in a mall, the more likely you are to make a purchase, this is a pretty effective installation. A bunch of people were using the seating area when I was there, and that was a Tuesday afternoon. Too often, the malls I grew up with offered seating areas that were strictly short term, meant for bored parents and quick breaks. That type of narrow, exposed seating does nothing to entice visitors to spend more time in the space. If your visitors need to find a Starbucks to locate a comfortable space to spend more than five minutes, your mall should think more critically about its design.

It’s not just lilypads, either. The mall itself featured well-articulated spaces with a range of sizes and ceiling heights. This stands in contrast to the malls I grew up with, which were completely homogenous from end to end, even for Woodfield Mall, which is comparatively massive at twice the size of Mall of Tripla (the Finnish spot wins the floor count competition, with five levels plus a mezzanine and parking to Woodfield’s three). The variations in presentation at the mall made it, at least for me, more of a space with its own personality and character than the well-branded but thoroughly unsurprising centers I am used to.

Speaking of branding, Sami mentioned that they had carefully placed suites for the higher-profile restaurants throughout the building, in order to leverage these restaurants’ own marketing efforts and help spread traffic throughout the entirety of the mall. As someone who has made at least one mall trip that consisted solely of a visit to the food court, I’d say that’s a good idea.

Malls need improvements in a whole host of areas to remain competitive into the future. That means introducing mixed space uses, like residential or office, into the equation. It means better retail, better activities, better restaurants…and better spaces. Making a good mall spaces means doing more than plastering the walls with wood paneling, subway tiles, or whatever other flavor of the day interior finishes are in vogue at the moment. It means making bold design choices that incentivize use for a population that increasingly needs a clear reason to go out of their houses to shop. Mall of Tripla’s solutions may not be silver bullets individually, but they are important steps that point to the orientation and appearance of retail in the future.