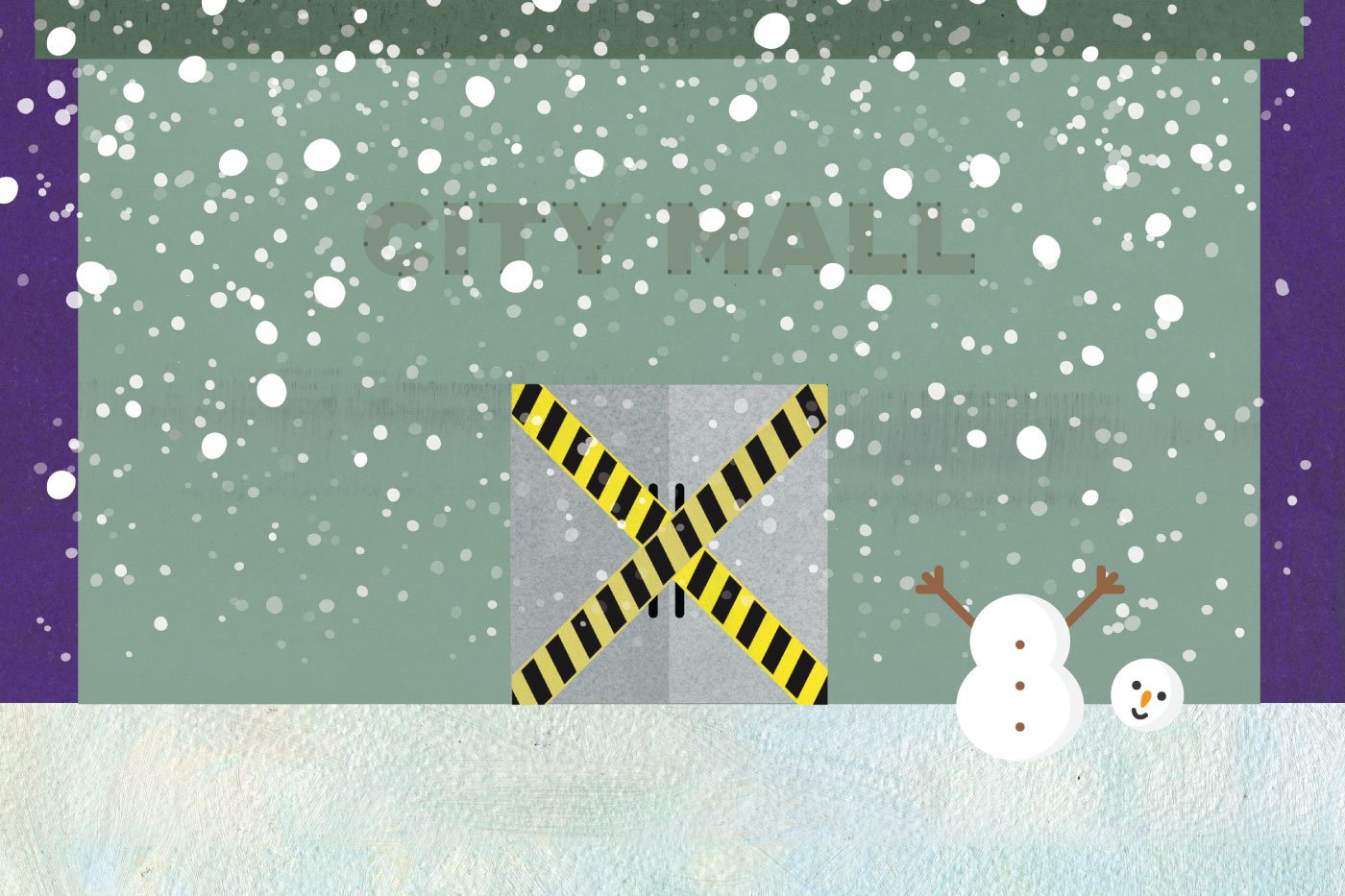 Success in the midst of retail disruption

If you are anything like me you have many of your formative memories taking place in a mall. For those of us lucky enough to have grown up comfortably in any major American city a good part of our early lives were lived in the purpose-built galleries of consumption we called “the mall” (not to be confused with “the shopping center” or “the store” or “the outlets”). The mall has become such a part of American society that it is almost hard to imagine that it hasn’t always been that way.

There have been designated shopping areas for almost as long as there have been cities. Trajan’s Market opposite the Coliseum in Rome, for example, is largely regarded as a predecessor to the modern mall. In the industrial era special covered shopping galleries became fashionable such as The Burlington Arcade in London or Galleria Vittorio Emanuele II in Milan. These were connected to the city centers, not the islands of retail that we identify as a modern mall. These car-centric shopping destinations didn’t start popping up until after World War II.

The idea of a separated shopping area proliferated thanks to a number of evangelists including Victor Gruen, considered to be the godfather of the shopping mall. An Austrian born immigrant he disliked how our cities catered to cars and envisioned a space that could “provide the needed place and opportunity for participation in modern community life that the ancient Greek Agora, the Medieval market place and our own town squares provided in the past.”

Interestingly, Gruen’s original vision for the mall included housing and offices, a far cry from the retail-focused environments that we associate with malls today. Before his death he denounced what had become of his brainchild saying, “I am often called the father of the shopping mall. I would like to take this opportunity to disclaim paternity once and for all. I refuse to pay alimony to those bastard developments. They destroyed our cities.”

This curse might have taken half a century to come to pass, 2019 has been a rough year for mall owners and operators. Each month brings news of another retailer in bankruptcy, accompanied by a long list of stores being added to the chopping block. By year-end, industry analysts forecast that more than twelve thousand stores will have been shuttered across the U.S., which would make it the most of any year on record.

With apparel and department stores culling the most locations, the statistics are especially bearish for shopping malls. Among this year’s casualties are Forever 21, Charlotte Russe and Gymboree. Loss of such retail stalwarts is bound to cause mall owners to worry. With the holiday shopping season about to start, we took the opportunity to dive into the current retail environment, investigate trends impacting retail real estate and see how mall owners and operators are responding and positioning themselves for the future of retail.

Explanations about what is happening has been centered around the idea of the “retail apocalypse” (cue ominous music) referring to the obsolescence of brick-and-mortar stores as more and more retail sales shift to online channels. This however doesn’t adequately explain the seemingly confounding fact that some malls have found success and are indeed thriving. If the retail apocalypse were really upon us, why are mega retail projects still being conceived and developed? These questions were at the forefront as I began to research for Mall Metamorphosis, a Propmodo Research report about the retail landscape.

At Propmodo, we aim to see the bigger picture. By stepping back from the daily headlines you can see the complexity of the larger macroeconomic forces, socio-cultural changes and technological advancements that are reshaping the built environment.  With this in mind, I discovered that the oft-cited “retail apocalypse” (dun-dun-dun) merely describes the current shift taking place in an industry that has been evolving since merchants and traders created the first markets in ancient times. Of course, the pace of change taking place today is unlike anything we have experienced before. This makes the retail picture even more complex for the commercial real estate industry struggling to adapt to changing retailer and shopper demands.

The report begins with a look back at prior retail transitions, what drove them and how the retail real estate changed as a result. Followed by an analysis of the current forces that are shaping today’s retail environment. My research uncovered dozens of examples of dead or dying malls, but what I found more intriguing were the outstanding examples of successful turnarounds, and new developments that employ the latest retail innovations. I became particularly curious about Hudson Yards and American Dream, two high profile shopping malls that are coming online within a year of each other in the New York City metro area. Each project takes a unique approach in response to the evolving retail environment.

The Related Companies opened The Shops and Restaurants at Hudson Yards in March. At one million square feet, the New York Times called the mega-project, “one of the biggest showcases of modern brick-and-mortar retail in the world.” Spread over seven levels, it is a vertical retail concept typically found in Asia and the Middle East but rare in the U.S. Related Companies reported that it opened 90-percent leased with one hundred stores anchored by a 190,000 square foot Neiman Marcus, the retailer’s first location in New York. Seventy seven thousand square feet is dedicated to digital-first retailers and online brands such as Mack Weldon and M.Gemi. Related Companies also aimed to create a dining destination with experiences with more than twenty food and beverage options including a 35,000 square foot Spanish food hall called Mercado Little Spain.

American Dream is located in the Meadowlands in suburban Northern New Jersey, only eight miles away from Hudson Yards but is a world apart. Triple Five Group (owner of Mall of America) debuted the first phase in October, with a Nickelodeon Universe amusement park and indoor ice-skating rink. The project takes a different approach from Hudson Yards, with a focus on entertainment and experiences over retail in the three million square foot development. When completed it will have fifteen experience destinations including a DreamWorks Waterpark, an Angry Birds-themed mini-golf course, an aquarium, a luxury movie theater and a Legoland Discovery Center. It’s premier feature will be the Big SNOW Ski and Snowboard Park scheduled to open in December. Triple Five Group indicates that 45-percent of the project will be devoted to retail, with an expected 350 shops to begin opening in spring 2020. Luxury retailers will have their own wing called The Collections, anchored by a 50,000 square foot Barneys New York flagship store – the first in New Jersey.

While very different, these two projects exhibit many of the latest strategies uncovered in the report. Both projects tout unique, one of a kind experiences and retailers with each developer tailoring their offerings to targeted demographics and customer segments. Each incorporates the concept of fast-retail to an extent, partnering with digital-native brands and dedicating space for curated and rotating products. The significant investment made in both projects are high-stakes bets that the shopping mall will live on.

The good news is that the rapidly changing retail landscape has forced mall owners to focus on the customer, get creative with leases, and expand into new uses that are changing the very idea of the shopping mall. Leading malls have developed and executed successful strategies that build shopper loyalty and provide a distinctive experience driving foot-traffic.

The final section of Mall Metamorphosis explores the wide range of strategies that shopping malls are using to win in the marketplace. Every mall will need to adapt and transform, or wither and close. The shopping mall in its evolving form will remain an important retail channel, providing opportunities for consumers to discover and interact with retail brands.

In the end we might end up seeing malls closer to Victor Gruen’s original vision than the “bastard developments” that they ended up becoming. As the way the world shops changes, so do the places that we shop at. The result might not be the apocalypse we have taken to calling it but a metamorphosis that could revitalize entire neighborhoods and create a whole new generation of memorable mall moments.

New Industrious Co-Working Spaces Will be Inside Multifamily AvalonBay Communities