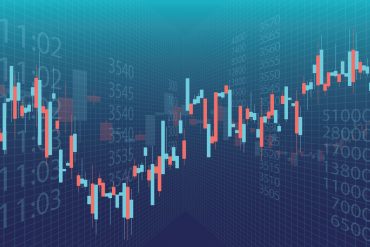 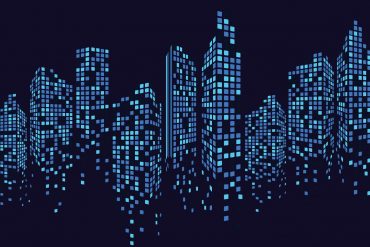 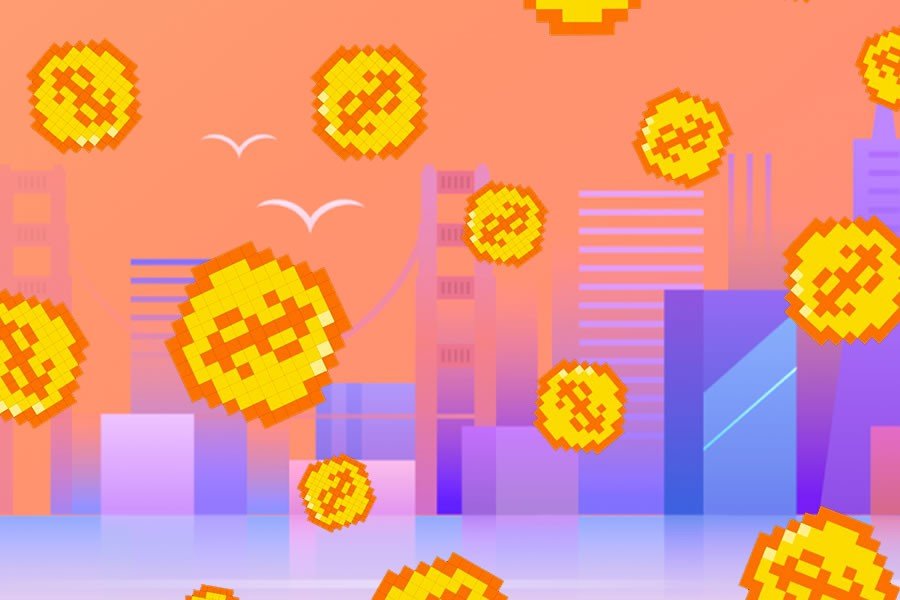 In February Rentberry raised $30 million in what is, to date, the largest PropTech ICO. The company is already operating its long-term rental program. It aims to be a marketplace for rentals that can be used to complete the entire rental process. Rather than just connecting landlords and tenants, like most rental marketplaces do, it is designed to facilitate the application, selection and contract process as well.

While the term ICO stands for initial coin offering, Rentberry’s coin, (called a “Berry”) is actually a token. Coins are designed to be used like a currency and are often built on top of existing protocols like the ones used for BitCoin or Etherium. Tokens serve more of a utilitarian purpose. The Berry for example is only usable in the Rentberry platform to pay for things like adding properties if large property owner, to unlock e-sign and rent collection functionality, and for property marketing and promotion.

Still, tokens are sold on an exchange, which automatically calculates value based on the what the market is willing to pay. Anyone that has bought a cryptocurrency has likely come to the conclusion that the promise of the digital assets (decentralization, transaction speed, transferability) are only as good as the platforms on which they are traded. Any wall is only as good as its gatekeeper.

On Friday Rentberry’s new token was listed on a few lesser-known trading platforms like HitBTC. The economics worked out to value Berries at 3,125 per Ether. At the time of the ICO Ether was at $874 so that came to about twenty-five cents per Berry. By the time the exchanges started trading the Berries the price of an Ether was down 55% to $398. When the first Berries started changing hands the market price was set at around four cents. This was accompanied by a frenzied slurry of complaints in the Rentberry Telegram group. Some people were quick to remind everyone that the volume of trading was low and that the best course of action was keep “hodling.” The rest calculated how much money could theoretically be lost if this did reflect the true price of the asset. 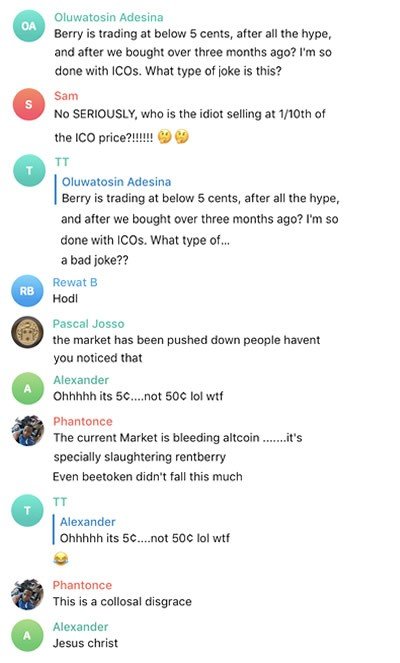 I reached out to the co-founder and CEO Alex Lubinsky. I was skeptical if I would hear from him in what was surely a busy time but he was poised enough to respond. He cited that the general crypto market was down significantly since the ICO and that many similar companies had seen an initial drop of up to 80% such as the BeeToken, another token designed to allow renters to share spaces with no middleman. He also reiterated the significance of the limited volume changing hands. He only saw around $200,000 be exchanged which meant that the vast majority of ICO participants had not sold.

Then, on Saturday the token started to jump up in value. At one point the price had gotten back to around ten cents. The despair in the Telegram group turned into exuberance. 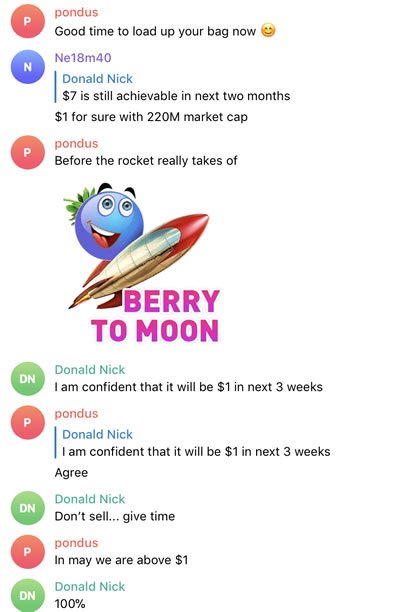 To Alex’s credit, he was a regular contributor to the group, trying to point to the big picture of the ongoing value of the token and the fact that if no one sells for under what they bought for then the price would only go up.

As of the time I am writing this the token is back down to around eight cents. It is not the $.25 cents the ICO participants were promised, but the comparative loss compared to holding the same amount in Ether is around 35% or so. Maybe more importantly, the mentality of the token “hodlers” seems to have been bolstered by even this modest bull run. 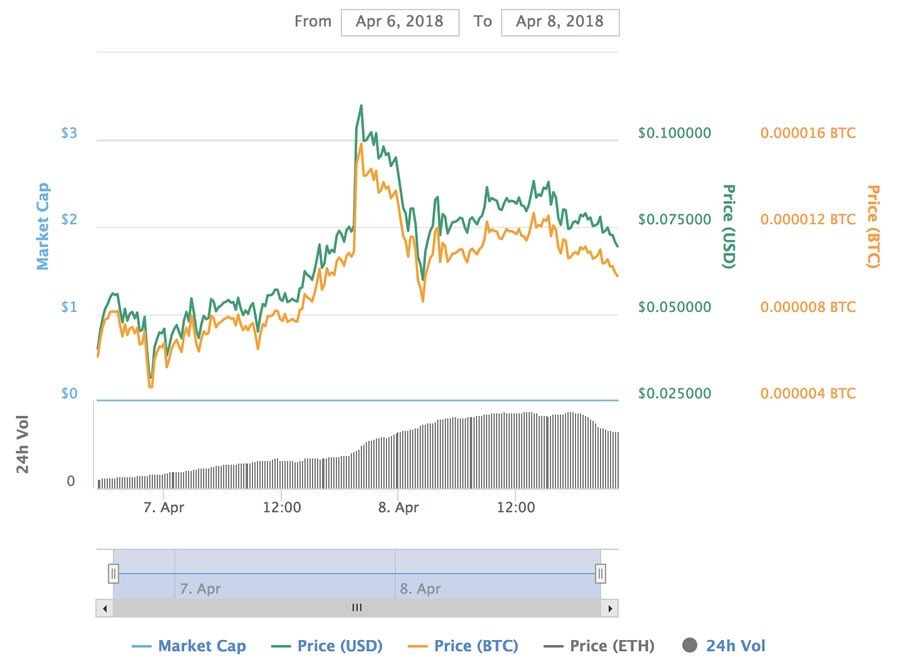 The Rentberry tokens are already being used on the platform. For this reason, they have a utility value. But, the liquidity and market-based pricing that is a selling point for many to raise money through ICOs can cause the initially limited markets to misrepresent the true value. Rentberry could very easily come out of this sudden decrease in valuation. An announcement with a major brokerage or landlord could send investors into the currency that would jump it up just as quickly as it dropped. It could also benefit from being listed on a more mainstream exchange like Binance.

There are definitely lessons to be learned. ICOs are quite different than raising venture or angel capital. Some of these token speculators wanted out the minute that they had the ability to do so. Many think that bots are often at work to bring the price down enough to cause panic and then buy them back at a fraction of the price. Those that buy into ICOs should also be aware of the risk involved in listing it on an exchange. There is a crypto craze going on right now. Like any craze it can often be crazy.