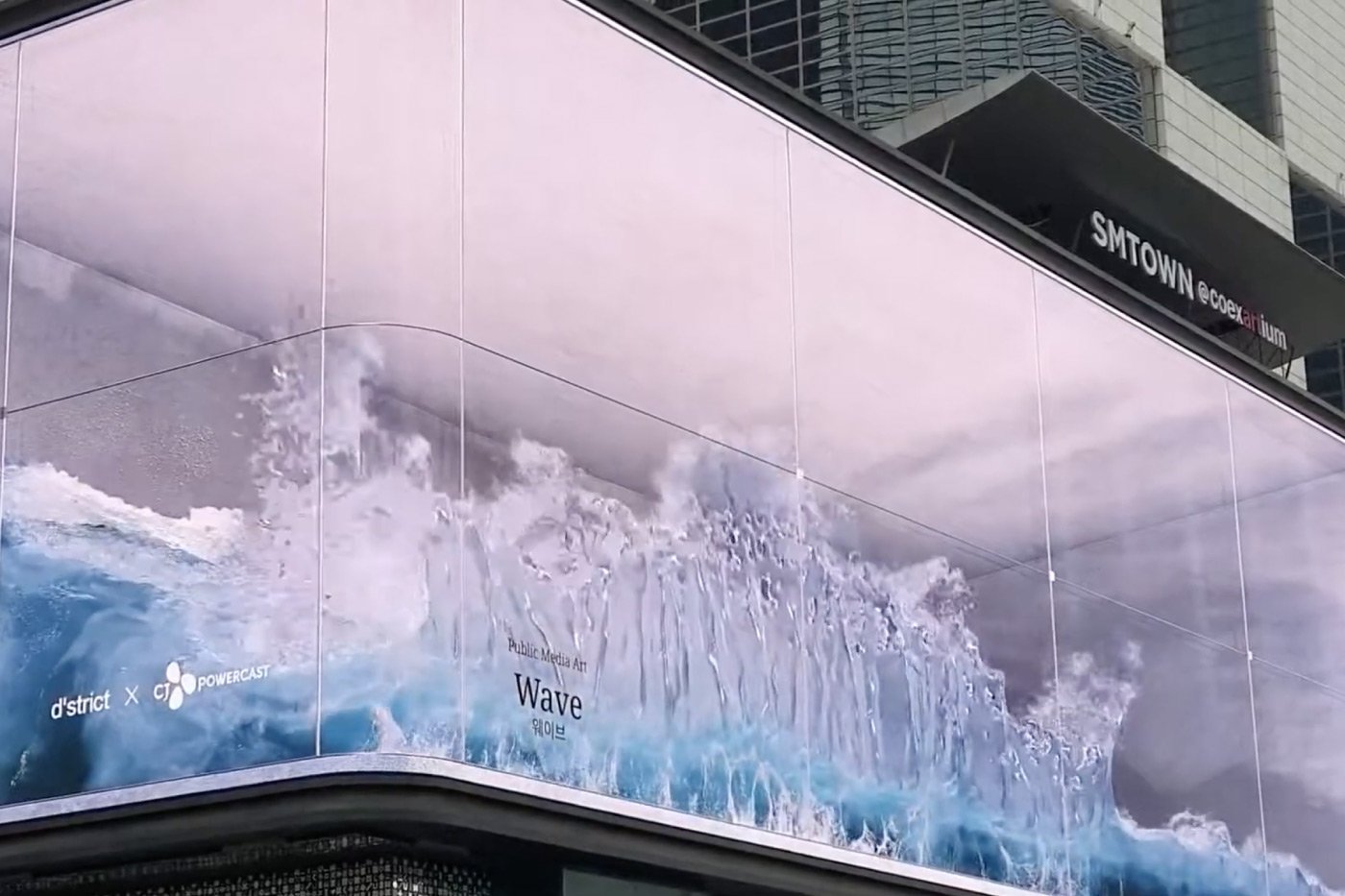 Imagine if the glass windows of a skyscraper could be a video screen. It’s now possible, and it’s coming to downtown Manhattan this summer.

The world’s first “LED glass,” which has LED lights embedded inside architectural-grade glass, is launching with the design firm ANC, and will launch on the side of the historic Tin Building, a 53,000 square-foot marketplace, in New York City’s Seaport District, which is currently under construction.

It hasn’t been popularized by the western world just yet, according to Jerry Cifarelli, the vice chairman and founder of ANC.

“It’s the future,” said Cifarelli. “We’ve never seen a product like this. There are transparent LEDs embedded in the glass that are so small you can see right through them. This is something completely different.” This revolutionary technology does have its limitations though. The images on the screen can’t be viewed in direct sunlight and are best viewed from a certain distance, this is especially true for videos, which are more complex than logos.

“I think this will become a big part of architectural design,” adds Cifarelli. “We do a lot of business in the sports world, putting LED screens to the outside of buildings. From a hundred feet away, the resolution is incredible. Up close not so much.”

Created in South Korea, LED glass is far more common in Asia, just like LED displays for commercial building facades. In South Korea, it’s used in lobbies of shopping malls, on self-standing structures for brands and on advertising billboards.

Brands are tapping into this, too, and they’re calling it “media glass” that allows a commercial building’s façade to become “a vast canvas.” It can be found outside of the Myungbo Art Hall in Seoul and in the city’s Times Square-esque Gangnam-Gu district, there’s tons of LED screens, including a growing number of companies using this type of LED glass to get their message out to pedestrians.

In New York, Tin Building is a city landmark that has had its fair share of bad luck. It suffered a major fire in 1995, then fell victim to water damage from Hurricane Sandy in 2010. The Landmark Preservation Commission approved plans to rebuild the ill-fated building in 2016 which is scheduled to reopen this year (though, it’s technically being rebuilt 33 feet away from its original location, just west of Pier 17).

“[The Tin Building} is incorporating LED into its exterior glass,” said Cifarelli. “Nobody will know its LED until images play in the late afternoon or not in direct sunlight. The videos tell the story of the place. This will be the first deployment of its kind.”

The brand is partnering with the Howard Hughes Corporation to integrate this new kind of new media technology on the market, which will cover roughly 1,100 square feet around the escalators inside the building, which will be used as a shopping space.

“We have a relationship with the Howard Hughes Corporation and have done work with them on creative displays for Pier 17,” said Cifarelli. “They wanted to go with transparent glass LEDs. We were awarded the project and we’re in the midst of installing it now. Applications of this are enormous. We’re working closely with the manufacturer, there’s lots of opportunity here.”

The glass holds the LED lights inside, which are secured with a layer of resin and a special coating. It’s largely non-reflective and the video onscreen is coordinated remotely through a control system. ANC is no stranger to AV design and integration, always creating loud, light-based signage for their brands and clients. Working with the latest technology, this glass is bound to step up the appearance of a commercial building’s exterior. “It’s really cool when you think about it, it has enormous potential to not worry about exterior elements of rain and sun, fluctuating weather,” said Cifarelli. “When the LED is secured behind glass, it’s reliable. It’s more like a piece of art, you turn it on, and press ‘play’ when you want. It turns the building into a signature place.”

There is already demand according to ANC’s CEO and president George Linardos, who said in a statement: “The future isn’t about sitting idly and watching the world go by—it’s about innovating and being in the moment, and we’re so proud to help create the future, today through our partnership program with the most innovative technologies in the space.”

GLAAM America is what they’re calling this glass here in America. They’re referring to it as the “G-Glass,” which is seen across 250 buildings across the globe, and many of these LED displays show video. It claims to be on “99.7 percent transparent, LED embedded, architectural glass.” The goal is to “transform buildings into media devices,” according to the brand’s website.

Some worry that LED glass could prove to be yet another distraction to drivers in big cities, especially with graphic-laden video content. “We control when it can be changed, when and where,” said Cifarelli. But this wouldn’t necessarily work best in congested city centers, where its delights could be easily ignored by other nearby distractions.

Rather, it would work best in large, showy buildings that promote some sort of cultural centers or pedestrian squares. A good example is the ICT Tower in Yazd, Iran, which is surrounded by open space and has a glass facade above its entranceway.

Most modern buildings are covered in glass. This ancient technology has become better over the past few decades but never before has there been such a huge leap in what it can do for buildings. The ability to display images and video onto any glass surface will change the way we think about buildings and our windows to the world.