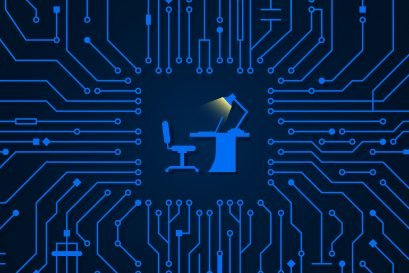 Technology Investment is the Only Way to Make Hybrid Work Work

“Medtail” has been quite the buzzword in the commercial real estate sector, especially within the last year. Short for “medical retail,” medtail bridges the gap between facilities dedicated to health and wellness providers and brick-and-mortar retail stores, and the hybrid is driving retail leasing activity in droves. Medtail-anchored shopping centers are increasingly seen by retail investors as such a reliable asset that it’s only natural to assume that medtail centers would be the perfect material for prime real estate. But if that’s the case, then why are medtail centers often pushed off to subprime areas of shopping centers?

Medtail has been talked about as the “remedy for retail” after commercial landlords looked to healthcare providers to fill their empty space after the pandemic mangled the retail sector. During the pandemic, many commercial landlords saw their rental rates decline, and their retail tenants leave. Meanwhile, the pandemic strengthened the financial viability of medical offices. As asking rents for commercial spaces fell, medical providers began to take advantage of lower rents and embraced the idea of opening their offices in former retail spaces in order to provide more convenient care to their patients. As of February, the percentage of leased medical space in retail buildings has increased from 16 percent in 2010 to 20 percent now, according to data from CoStar Group.

The hype for medtail is palpable, as the rise in remote work, thanks to the pandemic, highlighted the need to develop medical centers closer to residential concentrations. “There’s a need for people to have medical care where they live,” said Jason Muss to Bisnow in April. Muss is the President of Muss Development, a New York-based real estate development company that examines medtail as part of its strategy. According to Muss, medtail “[is] not a compromise. It’s a strategy of diversifying your tenant roster and serving a need in the community.”

Landlords opening their properties to medtail tenants at the pandemic’s height may have felt like doing so was a compromise in order to garner cash flow, but it quickly became apparent that medtail tenants promoted much-needed foot traffic into their shopping centers. As much as COVID-19 ignited an explosive rise in virtual doctor’s appointments, most medical services cannot be done online. Doctors still need to physically see their patients in order to provide them with adequate care, which makes medtail a great candidate to drive traffic into a shopping development. Additionally, medtail pulls more customers to shopping centers, particularly during the daytime, the slowest times of the day on weekdays for retailers.

The pandemic wasn’t so much of a cause of this symbiosis as it was an accelerant. Edward Coury, Managing Director at RCS Real Estate Advisors, a firm that analyzes retail real estate portfolios, told me that investors had been looking at medtail as a way to revitalize the retail sector long before the pandemic reared its ugly head. “Medtail is actually kind of well-developed, it’s not nascent anymore,” he said. Apparently, investing in medtail had been a core leasing strategy for several companies years ago. In fact, Westfield, an Australian real estate conglomerate, was actively investing in medtail back when Coury served as the company’s Senior Vice President.

“The popularity has only grown because landlords are catching onto the fact that medtail centers add another trip fulfillment for their customer base,” said Coury, before his tone took a change. “What I still find weird is the fact that some landlords want to put their medtail units in the back corner of the shopping center. That’s a problem for our clients. And it shouldn’t be a problem. There’s no reason that medtail occupiers should take really inferior real estate. Medtail is absolutely front door material.”

There are several reasons why landlords were previously resistant to the idea of leasing to medical providers in lieu of a traditional retail tenant. Accommodating medical tenants in former retail and office spaces can be challenging. For one thing, there’s a question of providing an adequate technology structure so that the medtail office can function properly. If you don’t have high enough internet bandwidth, that’s ultimately going to be a huge problem for the medtail tenant. For another, medical tenants will demand particular interior layouts, as well as more intensive plumbing requirements, in order to achieve ADA compliance. Medtail buildouts can require a much higher investment. “Think of a 2,000-foot space for a retailer,” explained Coury, “that might cost some $400,000 to build out. A medical tenant costs around $800,000, almost two times the investment in the space between equipment and buildout.”

Then there’s the problem with multi-story developments. There was (and still is) a temptation for a developer to add a second level to their center in an effort to double their space while saving costs since ground-floor construction is usually more expensive. There’s an expectation that the second floor, while less accessible than the first, will fill up with tenants faster as the rent would be lower. Second-floor tenants are exchanging less desirable real estate for lower rents and, in turn, higher-profit shares. But oftentimes, that strategy can backfire, especially when it comes to medtail. Medtail operators generally need ground-floor so that they can be as accessible as possible to their patients.

But Coury says that the stigma medtail stores carry is one of the biggest obstacles. Coury pointed out that, unlike a retail storefront, traditional medical centers aren’t customer-facing. There’s less emphasis on creating a welcoming design. Coury said that landlords need to understand that medtail is a very different product that could add to the shopping center’s appeal instead of detracting from it. “Medtail is not a typical retail setting with apparel in the window,” said Coury, “but there’s a design aspect that’s a little evolutionary. There needs to be a collaboration between the landlord and the occupier about how to make the medtail unit look like what it is, which is a place dedicated to medical technology. At the same time, it needs to fit in with the overall aesthetic of the shopping center.”

Good design is crucial for a medtail tenant’s success, according to Coury. It’s something that he’s adamant about because he’s seen it firsthand. One of Coury’s clients is InBrace (DBA InStudio), an orthodontic equipment manufacturing company, and they are currently in the process of developing their first studio on a property in Denver, Colorado.

During negotiations with the developer, Coury’s team at RCS Real Estate Advisors realized that the developer was expecting something with imposing surgical equipment and harsh fluorescent lights. “They didn’t know what it would look like because we hadn’t designed it yet,” said Coury. So, RCS Real Estate teamed up with Dupuis Design to develop 3D concept art of what InBrace’s medtail unit would look like. “When I sent that design over,” Cour began with a smile, “they were blown away. They said ‘this is absolutely front-door material,’ and now, that studio will be the front door for that shopping center.”

Coury believes that once InBrace’s new studio is up and running that both developers and landlords can see that medtail tenants fulfill their potential as anchor tenants when they’re front-and-center. Besides, medtail tenants tend to stick around longer than their traditional retail counterparts. Ashley Casey, senior director of national accounts with Cincinnati-based Phillips Edison & Co. said that medtail tenants “tend to sign longer-term leases because they have to invest a lot of money to get set up in space, and they need time to establish their presence within a community. That makes them attractive to owners and any other investors.”

Medtail tenants are less able to serve their community (and, in turn, provide rent to their landlord) if they are not located in easily accessible areas of their respective shopping centers, which in turn, causes their landlords’ ability to reap capital. That’s because medtail tenants tend to pay higher rents. Compared to local or regional merchants and restaurant proprietors, many medtail renters have better credit histories and are therefore viewed as lower risks.

Even though medtail is a relatively young sector, it’s clear that they’re an asset for the revival of retail. Landlords and investors may be warming to including these types of tenants into their portfolio, but if they’re limiting these traffic drivers to less-desirable areas of their shopping centers, then they’re really doing a disservice to both themselves and the medtail tenant. It’s clear that medtail is a fresh niche that’s transforming the retail sector and that it’s reigniting retail activity.