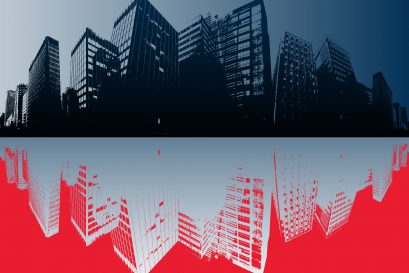 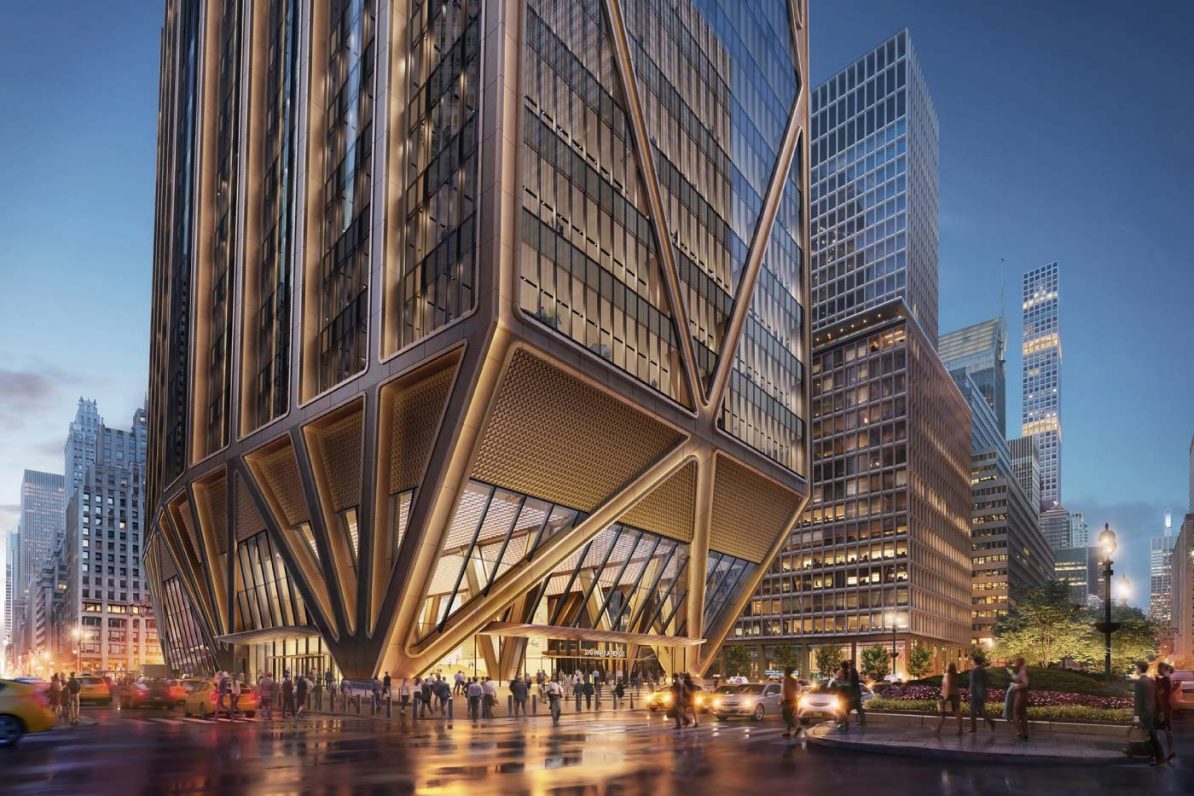 JPMorgan Chase is the country’s largest bank as well as one of the largest occupiers of office space. Across the globe, the bank has a total office portfolio of about 75 million square feet in its portfolio. However, that number is set to shrink considerably over the next several years, as the firm expects its need for office space to decrease in light of remote and hybrid work. Nearly three years after COVID-19 forever changed the workplace ecosystem, the banking giant has a new Manhattan headquarters in the works, and a new office space strategy it hopes will pay off for many years to come.

Manhattan has served as JPMorgan’s headquarters for more than two decades, ever since Chase Manhattan Bank and JPMorgan merged in 2000. By 2021, after vaccines had been introduced and companies were beginning to configure their return-to-office plans, JP Morgan Chase Chairman & CEO Jamie Dimon was one of the first business leaders of a major company to call for employees to return to the office. In a move that was thought to be a signal for other Wall Street firms to follow suit, Dimon told U.S. employees to start going back to the office on a part-time basis by July. The decision seemed to make an impact: just a couple weeks later, private equity giant Blackstone told its employees to return to the office by June and more companies followed.

Since then, Dimon has been consistent in his messaging about wanting staffers back in the office, but his stance seemed to soften a bit by April of this year. As it became clear to employers that leverage had shifted to workers and hard-line return-to-office mandates would lead to a lot of employees leaving for other jobs that allowed for more flexibility, Dimon unveiled the company’s new workplace strategy in his annual letter to shareholders. About 40 percent of the firm’s employees have the ability to work in a hybrid model, going into the office three days a week. Meanwhile, about half of JPMorgan’s employees are expected to work in the office full-time, including positions that cannot be done remotely, like bank branch workers, security, and facility roles. The other 10 percent of employees will be able to work from home full-time.

There are a couple of reasons Dimon has for wanting offices full again. One he’s emphasized repeatedly is that banking is an industry with an apprenticeship model that requires in-person attendance to collaborate and work together. Another is how office occupancy ties into a building’s value. Lower occupancy rates, among other things, drive down an office building’s valuation. As a major investor in real estate in NYC as well as the city’s largest private occupier of office space, companies leaving offices behind could have a big impact on the company itself. “Having lower occupancy rates is essentially driving down the assets they have as a bank and that’s a knock-on effect of the shareholder price,” said Wells Fargo analyst Mike Mayo.

Dimon’s eagerness to get back to the office has also no doubt been driven in part by the company’s massive new global headquarters it is developing in Manhattan. Announced before the pandemic in 2018, the project is a ground-up development rising on the site of JPMorgan’s former headquarters, which was torn down in order to replace it with a brand-new tower. The 60-story headquarters at 270 Park Avenue, just a stone’s throw from Grand Central Terminal in Midtown, is slated to rise 1,388 feet once completed in 2025 and will have 2.5 million square feet of office space. The supertall is poised to make history as the first all-electric office building in the city with net-zero operational emissions. The building will be 100 percent powered by energy from a local hydroelectric plant and is expected to cost more than $3 billion. While it is a ground-up development, the team behind the project was able to reuse or upcycle 97 percent of the building materials from the demolition of the former building at the site.

JPMorgan is betting big on the new Manhattan headquarters, which it hopes will align with the future of the workplace. The building is expected to be home to upwards of 14,000 employees of the bank once it opens in a couple of years, and executives are doing everything they can to make sure those employees do indeed make use of the office. JPMorgan’s Head of Global Real Estate, David Arena, said recently that one big focus with the new headquarters is employees’ comfort. Offices at the tower will be outfitted with office chairs of the future that will be able to accommodate workers sitting for longer periods of time and support flexibility and mobility. “You watch, there will be a revolution around chairs in the next two years,” Arena said. The new headquarters will have other features geared towards more choice and flexibility in how staffers work, like 50 percent more communal spaces and 25 percent more volume of space per person.

Building an office designed for the future of work is a key element in JPMorgan’s new tower, which is being developed by Tishman Speyer and designed by Foster + Partners. The company’s own research on the future of the workplace sheds light on how the bank is making its choices. A recent study by J.P.Morgan Research predicts that flexible workspace–which can mean shorter term leases, serviced offices, shared offices, and co-working space–will take up a much larger share of the office market. The report also states that ESG considerations will continue to become more important for many companies when choosing space. Among other amenities planned at JPMorgan’s new headquarters are a plethora of greenery, including living walls covered with plants, and advanced HVAC systems that will clean the air in the building continuously. The building was designed to bring in 30 percent more daylight than similar office buildings and will have circadian lighting to support a healthier indoor environment.

However, at the same time it has been planning its massive new Midtown Manhattan headquarters, JPMorgan has shrunk its office footprint in the city by millions of square feet over the last several years. Between December 31, 2008 and December 31, 2020, JPMorgan shed nearly 4 million square feet from its New York City office footprint, going from 13.1 million to 9.1 million square feet. In March of this year, despite company leaders like Dimon calling for more companies to return to the office, it was revealed that JPMorgan had downsized its office footprint in New York City by 700,000 square feet since 2020. Outside of the headquarters project, the company is also looking to keep its options open with future office leases, with an eye toward shorter, flexible lease terms and co-working options, if needed.

For NYC, the epicenter of the country’s financial sector, the country’s largest bank shedding such a large chunk of office space from its portfolio is a big deal. Being the city’s largest office tenant is a ranking the bank has held for several years, though it was briefly unseated by WeWork in 2018, when the co-working brand was at its peak. Despite the downsizing, JPMorgan still leases 8.7 million square feet in the city and said it is committed to NYC and planning for the next 50 years with its new headquarters building.
JPMorgan leaders are making a calculated effort to rethink the company’s sprawling office footprint when there is still a lot of uncertainty about what workplaces could look like and what they should look like in order to retain employees and stay competitive. When the company’s towering new global headquarters at 270 Park Avenue opens in 2025, in a city where average office occupancy is currently hovering below 50 percent, it could prove to be a major test of whether or not JPMorgan predicted the future of the workplace correctly.