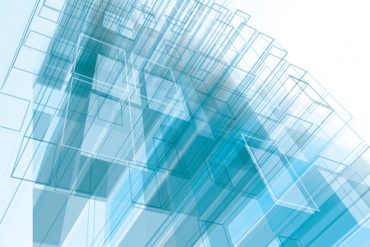 The rapid advancement of technology over the last twenty years has allowed for the creation of incredibly sophisticated building technology. But, the lack of investment by building owners and managers has left thousands of buildings across the world simply outdated and exponentially behind their modern-day counterparts. Governments across the world have created energy efficiency benchmarks for buildings to strive for and public opinion has grown increasingly concerned over the environmental impact of commercial building energy usage. The need for energy retrofits is evident and now easy to use energy audit technology has taken the fight directly to audit engineers with new remote audit alternatives.

Traditionally, energy audits have been one of the main weapons against inefficiency in buildings. They are done on-site, requiring engineers to spend an extended period of time analyzing every part of a building’s energy system. ASHRAE, The American Society of Heating, Refrigerating and Air-Conditioning Engineers, has a three level energy audit approach. Level one of the ASHRAE energy analysis starts with a basic walkthrough. The audit team will interview select building staff members, review energy data in the form of utility bills or energy management software that may be available. From there the team will develop a prioritized list of changes that should be considered for energy efficiency improvements. This is the hypothetical declaration of war on inefficiency. You’ve scouted out the main problem areas and are now ready to hone in the plan for a specific target.

Problems arise from in person audits for those that have a large building portfolio consisting of ten, twenty, or hundreds of buildings. Scheduling for audits could turn into an expensive multi-year process just to give you an idea of where you need to improve. By some estimates the cost of an energy audit can range between $0.08 to $0.24 per square foot.

Helping to seal the fate of in person audits was the loss of thousands of energy efficiency related jobs as I discussed in depth in my previous article, Is Energy Efficient Infrastructure No Longer a High Priority? During my research, I learned that one of the main reasons for the industry’s slowdown was the limited access to perform audits and retrofit work during COVID. If in normal times conducting energy audits can be costly and painstaking, now that there is limited access to buildings and a limited supply of contractors, they are even more so.

Many building managers have spent the last few months learning how to work remotely. Since the need for energy upgrades has not diminished, there is a newfound need for the ability to conduct an audit remotely. Remote audit technology can be utilized to perform energy retrofits without the need to have a building walkthrough. Due to the demand, there has been a lot of new development of this remote auditing technology. One high profile example of this is a new tool release by Johnson Controls called BETTER.  This stands for Building Efficiency Targeting Tool for Energy Retrofits (it’s a mouthful, I know).

To target efficiency improvements Johnson Controls has developed an easy way for building managers to input their energy use data and receive feedback about potential energy efficiency projects. Keep in mind that it is only intended to replace a level one type audit. Although an entry level audit, it could still provide actionable insights that can immediately reduce energy costs by five to ten percent.

Online auditing tools use advanced regression analysis to generate a relationship between multiple variables. For example, if I were to plot daily energy usage on a graph along with the ambient outside temperature we would begin to see a relationship between the energy usage and the outside temperature. Weather data for the buildings location is one of the comparables used in performing a remote audit. Compiling daily weather data over the course of an entire year on its own would be a challenge. Which is one of the many reasons the industry has paid for energy audit professionals.

Replacing an engineer’s walk through is no easy task which is why over a thousand buildings have offered their information to help support the development and verification of the BETTER analysis tool. Until now there has not been a wide variety of building data available for public use to compare against. The wider the pool of information we have to calculate from, the greater the quality of our results. The companies that have allowed the sharing of their energy usage data is Johnson Controls, Cambridge, C40 Cities, Sinowestar, Blackstone, Department of Energy and Environment, Building Efficiency Accelerator, CABEE, Schneider Electric, Princeton William County Public Schools, China Academy of Building Research, and Weiming Education.

The spoils of war

There are five benchmarks or models that will appear in the results. Heat sensitivity, the amount of heating energy consumed for each degree change of outside temperature. Heating change point, the temperature at which the building’s energy consumption begins to increase as the temperature decreases. Baseload, the amount of energy used by non-heating and cooling systems such as lights, plugged in equipment, and appliances. And finally, cooling change point and cooling sensitivity which are just the same as their heating counterparts but for measuring energy usage when outside temperature begins to rise.

Zoning and Building Codes are the Software of the Built World

By ranking a building in each category from poor, to typical, to great, remote audits can help determine which building systems warrant attention. They can also quantify a building’s energy cost and savings potential in a dollar amount while providing “measurable action-oriented, energy efficiency interventions (operational and equipment) at the building and portfolio level. And flexible savings targets that provide users with several options to improve the building and portfolio energy efficiency,” according to Johnson Controls. You will also be able to find greenhouse gas emissions intensity and reduction potential for those interested.

The Judicial Council of California (JCC) operates a portfolio of 450 buildings, mostly courthouses, in California. After analysis of their portfolio, it was found that they had an estimated $5.6 million of potential annual energy savings, amounting to a staggering thirty-three million kWh of energy. To put it in an easier to grasp perspective, one building, a courthouse consisting of 342,000 square feet had an estimated eight percent annual savings potential equaling out to $74,000. It’s worth noting that the courthouse was on par with the typical building of its size and type.

Investments in higher performance buildings pay off, both in terms of energy savings and marketability. According to  Energy.gov, high performing buildings can expect “three to ten percent higher occupancy rates, 29 percent higher NOI in green buildings, and an eighteen percent reduction in operating expenses per square foot compared to non-green properties.”

The pandemic has forced technology companies, portfolio managers, and nearly everyone on the globe to think up creative resolutions to improve building efficiency even with limited accessibility.  As buildings become more autonomous and connected every day we may soon see the end of what was once the front line soldier of the war against inefficiency: in person audits. With that we give our condolences  with the words of General Douglas MacArthur, “Old soldiers never die, they just fade away.”