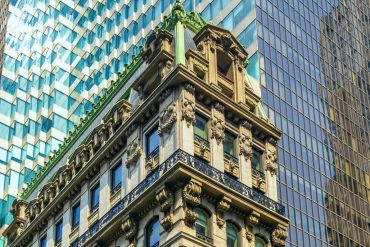 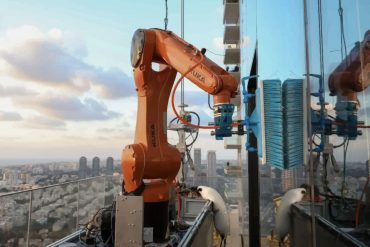 Robots are taking their jobs

What To Do About a Holdout Humanities finest architectural achievements, our greatest wonders and most awe-inspiring structures, all blocked by scaffolding. Like a mechanical moss, the nuts, bolts, and beams of scaffolding are slowly growing to encase our urban environment. No other city is plagued by scaffolding quite like New York. Over 300 miles of New York City street front are covered in scaffolding from nearly 4,000 sites. The Big Apple is the epicenter of scaffolding global’s dominance, taking over, however briefly, our beloved landmarks. The Statue of Liberty, Big Ben, The Great Sphinx, Christ the Redeemer, the Tiananmen Gate; few things spoil a vacation faster than seeing monuments covered in scaffolding, and New York has plenty for tourists to scoff at. We’re told it’s necessary to keep us safe, but accidents keep piling up. Scaffolding has always been used as a tool to make buildings better, in New York City, it’s too often a tool to keep a building the same.

The latest scaffolding accident, at Manhattan’s esteemed Hudson Yards, nearly cost two men their lives. Last month scaffolding gave way for two window washers 20 feet above the 35th floor of West 33rd Street and 10th Ave in what a Fire Department spokesman described as a scaffolding “malfunction and collapse.” It wasn’t the scaffolding that saved the men’s lives, it was a wooden storage shed. The workers are in serious condition but expected to make a full recovery. The incident isn’t even the first at Hudson Yards. Last year, four workers received minor injuries from a scaffolding collapse at 50 Hudson Yards.

The Federal Bureau of Labor Statistics estimates scaffolding accidents result in 4,500 injuries and over 60 deaths each year and that almost 30 percent of all workplace deaths from falls involve scaffolding or ladders. The nature of such injuries also tends to be more severe, often fatal, due to the significant heights scaffolding often reaches. These numbers are concerning when around 65 percent of construction workers, roughly 2.3 million people, work on scaffolding. In total, the BLS estimates employers lose almost $90 million from lost workdays due to scaffolding accidents and injuries. The scaffolding market in the U.S. is estimated at $13.7 billion in the year 2020. Globally, $50.4 billion will be spent on scaffolding in 2020, according to a recent market report. Constructing and working on scaffolding regularly ranks as one of the most dangerous jobs. An entire personal injury lawyer ecosystem around scaffolding thrives on it. And those numbers don’t even count the pedestrians who have been injured or killed by scaffolding.

Then there’s the problems related to scaffolding. Pedestrians feel less safe walking under scaffolding, especially at night, when dark shadows from obstructed street lights are common. Minor injuries from running into scaffolding are hard to track but insidious, especially as more pedestrians are distracted by smart devices. Scaffolding hurts businesses whose storefronts are obstructed. Often scaffolding provides a shelter for rats and other pests, another plague on NYC, who prefer shades and tight spaces created by the equipment and sheds. Scaffolding is supposed to allow pedestrians to pass through easily, but a study found pedestrians were 53 percent more likely to veer into the street when walking through or past scaffolding, raising the threat of serious injuries from motor vehicles or cyclists.

After a pedestrian was struck and killed by falling debris in 1998, New York City passed a new law, known as Local Law 11 requiring owners of buildings six stories and taller to submit documentation regarding the condition of the façade to the Department of Buildings every five years. In theory, the policy was intended to make buildings and pedestrians safer. In practice, that has not always been the case. Unspecified time frames and poor regulation has owners and landlords deferring maintenance more often, not less. Because installing scaffolding has ballooned in price, many landlords just leave it up instead of paying to put it up again in five years. The average lifespan of scaffolding in New York City is three years. Some buildings have had scaffolding up for two decades.

“Obviously the structural integrity of a scaffold can be compromised the longer it is in service,” Tara Minner with Scaffold Resources in Washington D.C. said.  “Scaffold companies mitigate this risk by proper inspections and End User training.”

“There’s no reason we should have 300 miles of sidewalk sheds,” New York City Councilman Ben Kallos told the New York Post. “We are the only city that does this. No one wants to walk under that scaffolding unless it’s raining.”

New York City is a global leader when it comes to urban policy, attracting the watchful eye of city and state governments around the globe. That’s why it’s crucial for New York to confront its scaffolding addiction head-on. The city is attempting to do just that. City officials held an international design competition, looking for a better form of scaffolding. Twenty-eight-year-old designer Young-Hwan Choi came up with Urban Umbrella, winning the $10,000 design grant. The scaffolding looks like an open umbrella, with arches radiating out from a central pole. Made of recycled steel and translucent plastic panels, the scaffolding uses built-in lights to illuminate the area beneath. That competition was 10 years ago. So where is all the Urban Umbrella scaffolding in NYC? After winning the competition, the firm shifted its focus to Toronto, where it has been perfecting its product. Last month the first landed $9 million in additional startup funding.

“This capital will allow us to scale up aggressively, sustainably, and efficiently. We are doubling-down on New York City.” Urban Umbrella CEO Ben Krall said in a release. The company currently has 80 installations around the city with 30 more in the pipeline.

As of October 2020, Urban Umbrella sidewalk sheds are installed on 87 buildings in NYC with 25 more in the pipeline. That puts Urban Umbrella at 1 percent market share in NYC. The ‘white glove’ scaffolding has so far been limited to the City’s most high-profile locations, like Seven World Trade Center, the GE building, and flagship stores of Louis Vuitton and Ralph Lauren. The company is honest about the additional costs. Urban Umbrella’s aesthetically appealing scaffolding will run owners and operators roughly 3-4 more than traditional scaffolding. Considering the cost of erecting scaffolding is a major contributing factor to its prevalence in NYC, scaffolding that costs more may end up staying up even longer. At least it will look nice.

For cheap, durable scaffolding, look no further than the natural world. Hong Kong’s high-rise concrete jungle was built using bamboo scaffolding. Bamboo scaffolding is extremely strong and resilient. It has a tensile strength of 28,000 per square inch, in comparison to steel which is 23,000 per square inch. Bamboo is lighter than steel, making it six times faster to put up and 12 times faster to take down. Bamboo is easily grown, sustainable, easily transported, and cost-effective. The problem is the art of bamboo scaffolding is being lost. Though it may be safer and easier to use, it’s much more difficult to erect properly. Skilled bamboo scaffolding labor is in short supply. Sourcing the right bamboo, ensuring individual pieces are sturdy before use, and tying proper knots takes years of practice. Because bamboo scaffolding isn’t uniform, each scaffold has to be manually assembled, unique for each project. Quality bamboo is also getting harder to find. It’s unlikely the threatened industry will be able to solve New York’s problems. Hong Kong will likely be the last city built using the ancient trade, which has already faded out of existence throughout the rest of China.

3-D Modeling is being implemented in scaffold design. Planning and managing projects with digital modeling reduces the hours spent constructing and modifying scaffolding by providing an important quality control tool for on-site construction. AI in the modeling programs can identify hazards and highlight for installation crews to mitigate. New clasps, couplers, and materials have moved the industry forward but most innovations are marginal improvements on designs used for centuries. The scaffolds lining the streets of New York and London look roughly the same as they always have. Like ladders, scaffolds haven’t fundamentally changed much since their creation.

With few viable technical solutions, the onus is on lawmakers to make changes. New Yorkers’ displeasure with scaffolding is nothing new. Several politicians have attempted to fix the issue as it rises and falls from prominence every few years. The city has new measures for more frequent inspections. If repairs aren’t made and the scaffolding stays up, city contractors will now complete the repairs and charge building owners. Fines for keeping scaffolding up have been increased by 10 fold. Around New York, you’ll find scaffolding adorned in art, advertisements and all manner of things to make it appear differently. Still, the scaffolding remains, just check the Department of Buildings’ map.

The scaffolding remains because New York City’s aging beauty is still dangerous. Local Law 11 was a response to a pedestrian losing their life from falling debris in 1998. Thirty one years later, New York City is still dealing with the same problem. Erica Tishman, a prominent architect, was killed by a piece of falling debris from a crumbling facade last Christmas. The building was cited months earlier for “failure to maintain exterior building facade and appurtenances.” The owner paid the $1,250 fine but left the problem unfixed until it was too late.

“Scaffolding is an unfortunate, necessary evil,” Urban Umbrella CEO Ben Krall told the New York Times in the wake of Tishman’s death. “It would have saved this woman’s life.”

Scaffolding is a veil and a tool. Its use in construction for safety is paramount and unavoidable. On new construction sites, it obstructs the public’s view of a burgeoning building. For older buildings, scaffolding hides the signs of aging. Laws requiring scaffolding were always meant to encourage building upkeep and protect the pedestrians below. Failing to fix problems while keeping scaffolding up means building owners aren’t holding up their end of the bargain. It may make financial sense for owners, given the current circumstances but we must never lose sight of the drive to make better buildings. Scaffolding is a tool for improvement, not a cage for innovation. 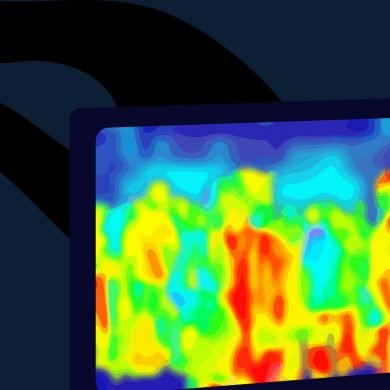