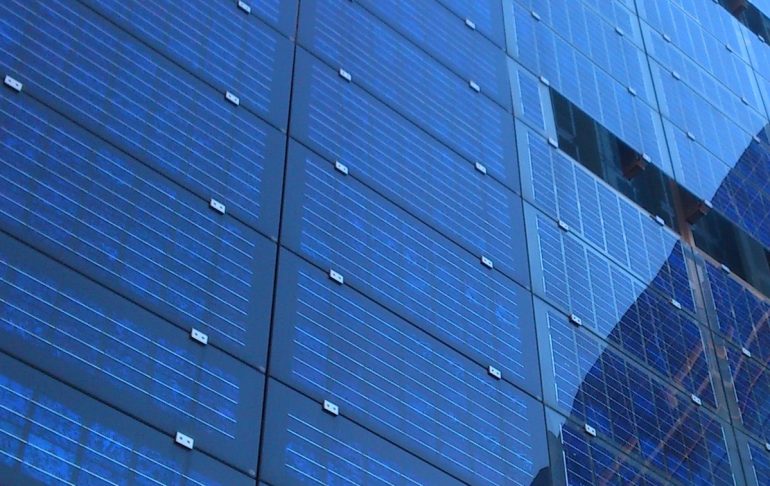 Integrating Photovoltaics into a Building’s Facade

For instance, building integrated photovoltaics may be used in place of traditional glass, roofing, or skylight systems. They can also be incorporated into awnings of the building façade.

A typical BIPV system may include:

Photovoltaics convert sunlight into electricity at the atomic level. The material used in building integrated photovoltaic panels absorbs photons of sunlight and releases electrons. By capturing the electrons, you can create direct-current (dc) to be used as electricity.

Photovoltaic/solar cells are electrically connected to each other to create a module, which is designed to supply electricity at a certain voltage. Modules can then be wired together to form a photovoltaic array, which is commonly seen in commercial buildings. The amount of electricity produced is directly proportional to the amount of sunlight absorbed by the module or array.

4 Times Square (also known as the Condé Nast Building), a 48-story tower in New York City, was dubbed the first green high-rise in the United States when it was completed in early 2000. At the time, the project team wanted to demonstrate that energy-efficiency strategies could be incorporated into high-end, high-rise real estate.

The tower’s most notable feature was its photovoltaic façade. Thin-film PV panels replaced traditional spandrel glass, extending from the 35th floor to the 48th floor on the south and east tower walls. Four module sizes correlate to the spandrel sizes that were originally established during the building’s design. The panels attach just like the spandrel glass would have attached.

Because of the vertical orientation of the photovoltaics, electricity production rates were much lower than expected once the system was installed and the building was operational. But the installation served as a valuable lesson to other high-rises that would later consider BIPV.

The building’s solar panels can cut electricity bills by about $2 million per year and decrease carbon emissions by 100 metric tons a year.

Although limited roof areas could make it difficult for some high-rises to consider photovoltaics, it’s now possible that building owners and managers will be able to rely on more than one onsite renewable resource for electricity.

The Pearl River Tower in China will make use of both solar and wind power through the sunlight and wind that surround and pass through its building envelope.

The building has an embedded photovoltaic transistor system to capture solar energy; the tower’s wall surfaces are angled for maximum sun exposure. But the building is also designed to funnel and push air through wind tunnels at a high speed. A curved glass façade will direct air to a pair of narrow openings at the mechanical floors, powering wind turbines that generate additional electrical energy. 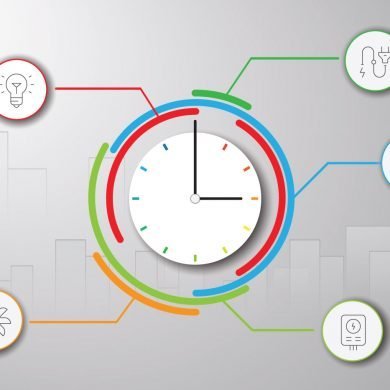 Starting at the Right Time for Efficient Energy Usage