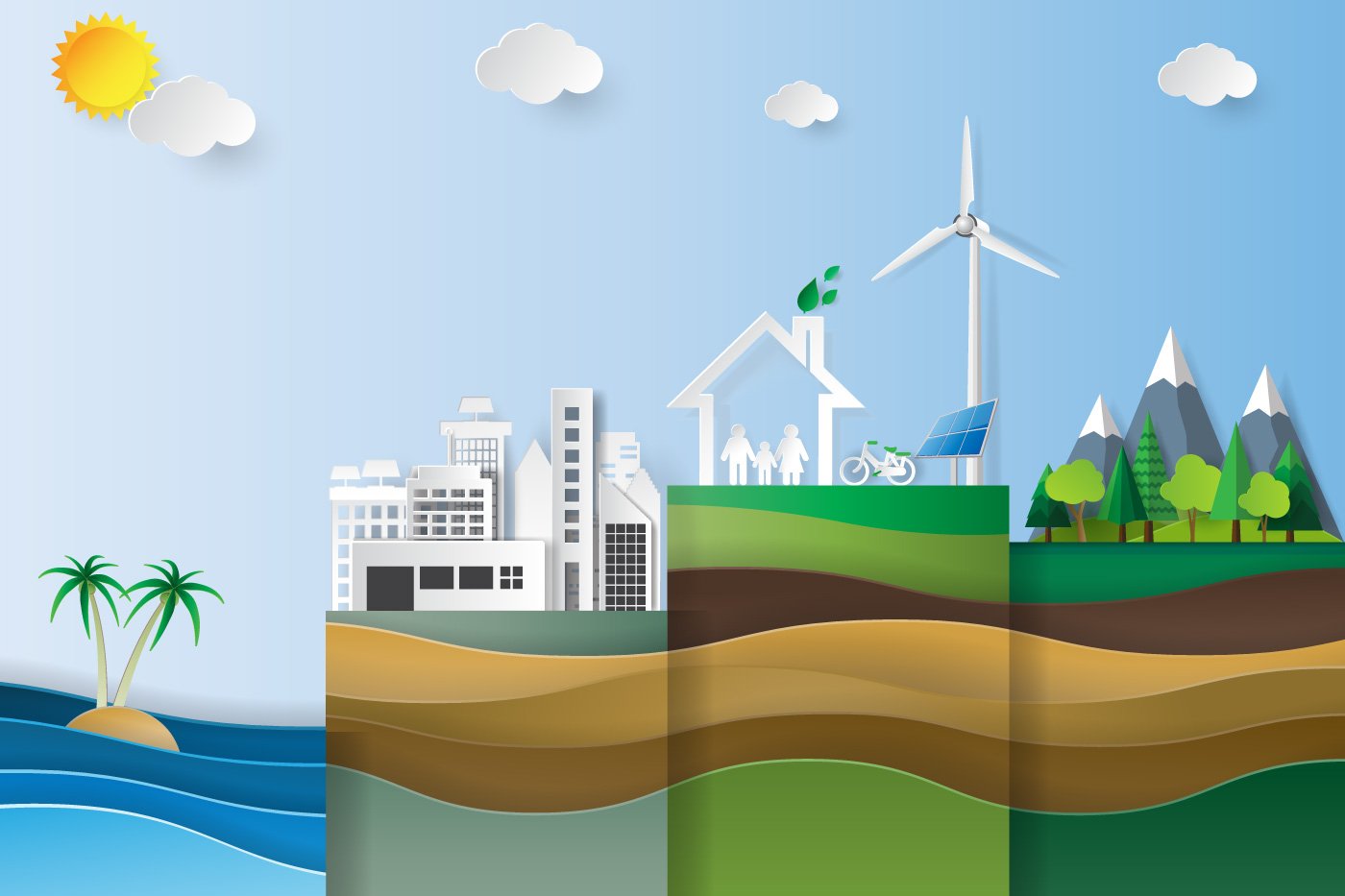 If you google “carbon zero buildings,” you won’t find many examples of buildings that actually meet this standard. Right now, only one percent of the world’s buildings are classified as net zero, striking a balance between the energy they use and the renewable energy created on-site or bought off-site. Technically, those buildings have net-zero emissions. It does not mean that they are carbon zero.

To qualify as carbon zero in the truest sense of the term, the energy needed to power the building would come entirely from renewable energy produced onsite. Building sustainability experts like Breana Wheeler, Director of U.S. Operations for the Building Research Establishment (BRE), the organization that created the BREEAM sustainable building standard, are quick to point out the distinction. “Net zero is a mathematical concept that still allows for the burning of fossil fuels. That’s how you get to ‘net.’ We need to aim for zero carbon emissions created; think more zero, less net,” she explains.

But net-zero and carbon zero are often used interchangeably, along with carbon neutral, when they represent three unique standards.

Carbon neutrality is considered the most foundational of the three. It means that the amount of carbon emitted is negated by offsets that absorb carbon, sometimes referred to as sinks, such as forestation or funding ways to reduce reliance on fossil fuels in other parts of the world.

While a step in the right direction, carbon neutrality is often criticized because it does not mean, by definition, that any emissions were avoided. Critics of carbon offsets are quick to point out that they should be used as a last resource for the small percentage of emissions that are unavoidable right now because the technology doesn’t exist to eliminate them.

Net zero or carbon net zero buildings take their climate pledges beyond neutrality with a three-prong approach: reducing emissions through efficiency, generating renewable energy on-site or off-site, and using offsets to address emissions that can’t be avoided. The problem with net zero can boil down to the word “off” in its definition.

Like with most aspects of real estate, location is everything. That’s especially true when considering the impact of decarbonization and whether or not offsets and off-site renewables are creating better outcomes for people, not just the buildings themselves.

Joanna Frank, President and CEO of the Center for Active Design, explains, “There is a direct correlation between health discrepancies and the physical environments where we live. We see higher levels of contaminants and air pollution in lower-income neighborhoods along with shorter life expectancy and a lower quality of life. We want carbon zero buildings to put less carbon in the atmosphere, slow climate change, and improve actual health outcomes for people.”

That’s one of the reasons why Local Law 97 in New York City puts a significant discount on any renewable energy credits that do not make it back onto the grid in the city. John Gilbert, Executive Chairman of Prescriptive Data and a longtime landlord in NYC, explains, “The law is very clear that you will be discounted by 90 percent of any renewable energy credit that you purchased if that energy is not delivered into the city of New York. However, right now, there are no renewables at scale delivered to New York. In order for us to get to a carbon zero world, we need to deliver renewables at scale into the environments where we operate, like Zone J in Manhattan.”

These nuances and often misused definitions are one of the reasons why the research teams at BRE emphasize the importance of carbon zero in perhaps the truest sense of the term: highly energy-efficient buildings powered by on-site renewable energy.

Most highly-efficient buildings are exclusively electric-powered, with no on-site combustion like gas or coal power sources, and that’s typically the initiation fee for carbon zero status. Wheeler explains, “Electricity is the only source that can be fully decarbonized. If you have on-site combustion, you go back to the net zero conversation. For buildings that need to be electrified, the costs of retrofitting are real, but electric power provides a pathway to the possibility of carbon zero.”

The Forces Pushing Towards and Away From Data Accessibility

The move to electric power is one of the reasons why Europe is ahead of the U.S. in terms of decarbonization. In a 2020 report by London-based energy research firm Ember, even though the United States halved its coal-fired power generation since 2007, 65 percent was replaced by natural gas, not renewables. In comparison, the European Union also halved its reliance on coal but replaced it entirely with wind and solar production. The impact on emission reduction was also a dichotomy, 19 percent in the U.S. vs. 43 percent in the EU.

James Fisher, who heads up strategic real estate relationships for BRE in the UK and Europe, explains, “All-electric is the only thing that we can absolutely control and guarantee. That allows governments to plan their policies and standards accordingly, influencing mass changes in terms of transmission efficiencies in the grid to get rid of a dependency on natural gas.”

These low numbers don’t mean that the industry should change what its true north for decarbonization should be. It’s not all or nothing. Wheeler shares an important reminder, “It’s not about the perfect buildings, but we do need to recognize the danger in only focusing on net zero as a target because if it is anything like our journey to reduce fossil fuels, we’re going to end up nowhere near zero.”