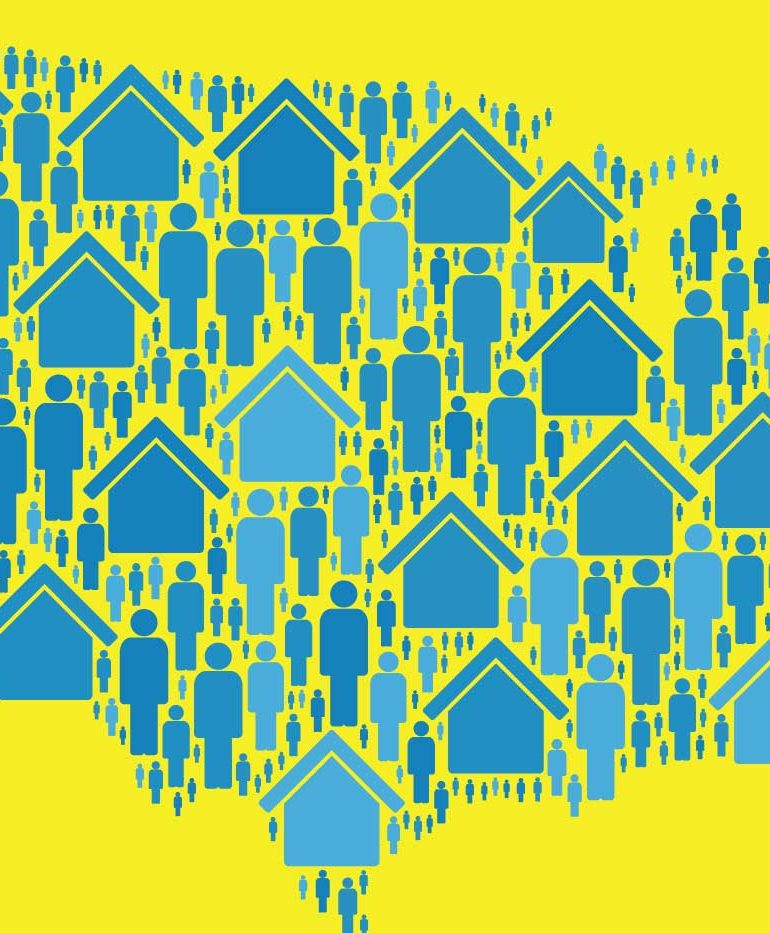 In the political climate of 2019, there may be no bigger, louder issue than immigration. While Europe faces its own migrant crisis, The U.S. has descended into a period of uncertainty and soul searching as politicians and the broader public seek to find an answer, and in fact even a general stance, on the subject of immigration from south of the border. This includes arguments over legal and illegal immigration alike; in many ways, the immigration issue is the centerpiece of the most contested, controversial presidency in memory. But for all the arguments and rhetoric surrounding the immigration issue, the facts are relatively straightforward. For one thing, research indicates that the link between immigration and crime is specious. What’s more, the impact of immigration on the property business appears to actually be positive. As researchers Gianmarco Ottaviano and Giovanni Peri put it while discussing their efforts in a 2006 paper, “we have showed that higher wages and higher rents for US natives are significantly correlated with higher diversity.”

Plenty of other research backs this up, too. It seems, unsurprisingly, that different backgrounds, skillsets, perspectives, and desires have a positive impact on the economy. In a recent research report from Clever, a platform that connects property owners with real estate agents, researcher Francesca Ortegren found that “strong relationships between an increased presence of immigrants and better economies, lower crime rates, higher home values, and fewer drug-related deaths.” In particular, Francesca found that home values increase by $0.14 per immigrant in a given metro area, whether legal or illegal. The reason for this is less clear. Perhaps rising numbers of immigrants points to greater demand in general, or perhaps immigration is correlated with other economic changes that reflect positively on home values. Regardless, the correlation is valid and pronounced.  Of course, there’s more to variety for cities and buildings than just people. Diversity of businesses is critical too, particularly from an economic development perspective; just look at the U.S. Rust Belt if you need an example of why. Over-reliance on any industry is often a bad thing. Times may be great, but macro shocks or local changes can jeopardize the entire system.

Within cities, a healthy variety of buildings is crucial. Pulling from the Congress of New Urbanism, mixed uses, varied price points for housing, and use types such as commercial or governmental integrated within diverse areas are all part of the recipe for success. Everyone can probably imagine the endless McMansion neighborhoods and isolated commercial corridors that some less well-planned cities put on display. From building a walkable streetscape to the environment, that’s just not good.

The CNU and the perspectives of oft-biased urban planners is one thing, but it isn’t just the planning world that is calling for vibrant mixed-use spaces. Deloitte’s Saurabh Mahajan wrote in a blog post that “in addition to consumer demand, there are business reasons for developers to focus on mixed-use projects. First, tenants stand to benefit from increased exposure to consumers, since these spaces attract more foot traffic for diverse purposes. As a result, tenant attraction and retention can be improved through focus on mixed-use. Second, portfolio risk is diversified across different property types and uses, especially at a time when disruptive forces have rendered many single-use properties underutilized or irrelevant in a short span of time.”

JLL beats on earnings, thanks in part to their tech investments

It’s particularly important to address the need for variety, diversity, and dynamism in an era of disagreement and misinformation. Perspectives and opinions on subjects like immigration and urban planning may vary, but the reality is that the economic impact of some of these issues, if nothing else, can and has been measured effectively. The real estate business is about using fair and reasonable assumptions to make wise investments. That perspective is just as fair for policy issues as it is for the financial model.