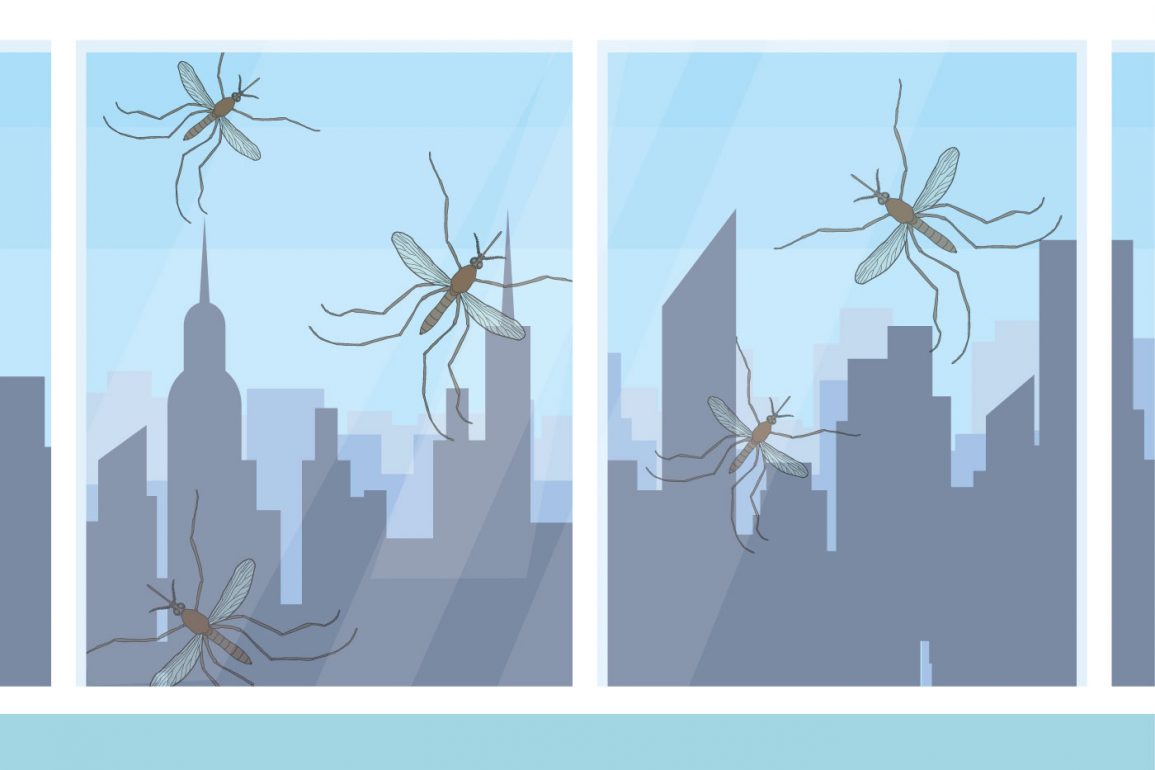 If Necessity is the Mother of Invention, Employee Satisfaction is the Impetus for Office Evolution

Sometimes necessity really is the mother of invention. Take the Panama Canal, for instance. Sure, the very idea of cutting a 51-mile passage over land, connecting two oceans, is a good enough example itself. But the actual construction of the canal hosted one of the best representations of that idea in history. Before the Americans arrived, the canal was originally a French project. But the efforts of this first attempt were thwarted by an obscene casualty rate amongst canal workers. Mosquitos in particular proved devastating: 22,000 French workers died due to yellow fever alone.

When the Americans finally took over the project, they faced very similar problems. The salvation of the American workers came at the hands of an army doctor, and future surgeon general of the United States, Dr. William Gorgas. By the time Gorgas arrived at the canal, mosquitos had been identified as the culprit responsible for the yellow fever and malaria cases that had been bedeviling the workers. Gorgas sprang into action, leveraging a force of 4,000 workers to drain every pool of water and trim all brush near human structures, as well as to disperse hundreds of tons of pesticides and 600,000 gallons of larva-killing oil throughout the area. Gorgas’s efforts went so far as to hire individual collectors to hunt down and kill adult mosquitos that had otherwise escaped destruction. By the time Gorgas was done, the project was free of yellow fever and saw drastically reduced cases of malaria. A few years later, the canal was completed.

While commercial buildings (hopefully) don’t have to contend with swarms of mosquitos, there are other challenges and necessities in the business that serve to kickstart innovation. One of these challenges is reserving space. Offices are becoming more open and there is becoming more of a need for people to find a place to work in a modern hot-desking scheme. That’s the challenge that workplace experience platform Comfy and commercial IoT provider Enlighted aimed to solve when they announced their partnership earlier this month. The partnership leverages a desk occupancy sensor courtesy of Enlighted coupled with a space reservation function within Comfy, allowing workers in buildings that use the system to grab desks that are open in real-time. The system also arms managers with usage analytics.

For Enlighted, expanding into reservation functionality was logical. Not only is hot desk reservation a growing issue in an office market that increasingly eschews assigned spaces, but there was a short-term impetus, too. According to Mark Milligan, Senior VP of Marketing at Enlighted, “Enlighted and Comfy have very complementary technology. At Enlighted we have the IoT platform that makes buildings smart and collects very granular data, and Comfy has an intuitive workplace app. While we have talked about collaborating for some time, several things aligned recently. First, many companies are moving to activity-based work environments, and without smart technology it can lead to employee frustration. So the time was right to bring a solution to market. Second, we had a major enterprise customer who needed a solution to this problem in offices across the globe. Lastly, now that Enlighted and Comfy are part of Siemens Smart Infrastructure, it both gave us the opportunity to work together more holistically and seamlessly, and also be in a position to support enterprise customers world-wide.”

No one is arguing that desk reservation is the most exciting thing to come out of smart offices. But if necessity is the mother of invention, the future of office tech will be fertile. According to Clutch, only 28% of American workers prefer open offices, the sort that you might see hot desks in. But while part of the answer to that problem will have to come from the world of design, some of it will come from the field of data and technology, as well.

It isn’t just the challenges of open offices that data can help solve, either. Mark added that “our system has been used to help identify employee isolation issues, and to help sales staff more quickly respond to customer needs. We see customers using motion data in the office to validate compliance with emergency preparedness drills like fire, earthquake, and active shooter. Did everyone leave? Were the proper emergency pathways used? Were there unexpected motion trails that could cause issues in a real emergency? How long did it take? We saw an HR department identify the best places in the office to post company culture and value posters to ensure maximum visibility.”

These are the sort of improvements that might not jump out at first glance. They aren’t as obvious as simply introducing a tenant experience platform to the office, or as glitzy as offering fantastic wellness options (some research suggests that might be a waste of money). But understanding the group movement data in your office space can be a comparatively non-intrusive way to increase effectiveness and worker satisfaction while also managing yet another need, that of individual privacy.

Necessity comes in many forms, from managing mosquitos to handling office inefficiencies. But the breadth of human ingenuity means that the “invention” part of that old saying is even more varied. As an owner or a manager, it’s imperative that you understand what your tenants’ necessities are, deeper than “please restock the vending machine.” There’s no excuse in 2019. Between the power of surveying, social media, tenant experience platforms, and simply asking people face to face, owners and managers must learn what tenant necessity is. Only then can they solve for X, like William Gorgas did in Panama.