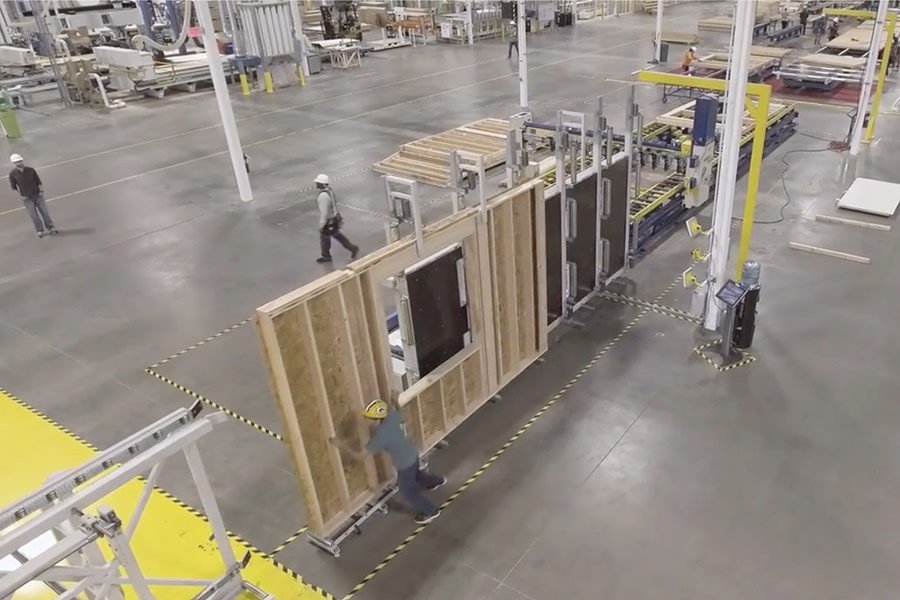 One of the difficulties of construction is that it requires a lot of on-site labor. Bringing raw material and workers to a job site, whether it be remote or in a congested part of town, adds complexity to the already low margin business of home construction. It also opens the builder up to fluctuations in labor prices and quality and doesn’t allow for the cost-effective reuse of waste materials.

Modular construction has been touted as a way to bring more of the construction labor into the efficient environment of a factory. But the first attempts at building modular we to build entire houses, or sections of houses, on a production line and painstakingly ship them to the site. This created unoriginal houses and limited the size and shape of the building and thus fell out of style.

A company called Katerra thinks that they have a better combination of factory versus on-site construction. They are building a vertically integrated production method that makes easily assemblable components in local warehouses and then ship them to the construction site. Many see the potential in this model including SoftBank which is investing a whopping $865 million in the company at the beginning of the year.

Today they announced that they are about to open a 577k square foot factory in Tracy, California. The advanced automation technology they use to produce materials like wall panels, floor systems, roof truss assemblies, windows, cabinets and finishes can pump out, on an annual basis, the equivalent of 12,500 multifamily units.

Besides being a more efficient process, modular construction of this kind can bring jobs to areas that really need it. Katerra’s factory in Tracy is a good example of this. Tracy sits in San Juaquine County, a mostly agricultural area that sits just inland from the Bay Area. It has affordable housing and great proximity to major markets, but its lack of non-farming industry has made the State of California designate it as a high unemployment area.

One of the curious things, for economists at least, of the modern American labor forces is that workers are increasingly less willing to move in search for more gainful employment. That means that jobs growth in big cities alone will not help bring down unemployment and poverty rates. Plus, since cities usually have a higher cost of living than rural areas, many low to medium income jobs will not allow residents to build wealth for their and their family’s future.

So Katerra’s new factory in Tracy, which is set to hire 440 people in manufacturing roles and another 102 managers and technicians will go a long way in helping residents create meaningful and lucrative careers. We reached out to Katerra to find out more about their role in creating jobs in cities like Tracy.

“We are looking forward to becoming part of the City of Tracy community and contributing to the local economy. Katerra is an active member of the communities where we operate. For example, for our Phoenix factory we partnered with the city’s Workforce Development group to obtain qualified applicants. We would look to do the same in Tracy when we begin hiring.”

They are committed to hiring full-time employees and paying “above or at market wages with standard company benefits.” They also provide training to help bring employees from other fields:

“Katerra encourages borderless career opportunities where our employees can pursue professional interests, even if they are outside of the scope of the role for which they were hired. This includes our factory employees, who are provided with training and certification to learn other roles, in addition to the training required for their jobs.”

Katerra encourages borderless career opportunities where our employees can pursue professional interests, even if they are outside of the scope of the role for which they were hired.

Producing materials and assembling parts outside of major markets is good business in more ways than one. They not only benefit from an eager workforce but also have been awarded $10 million in California Compete Tax Credits as part of the state program designed to help businesses come, stay or grown in California.

There has been a growing trend, brought on by consumer demand and investor appetite, for corporate citizenship. Making social responsibility one of the metrics for success can help companies define their values and promote sustainable growth. Katerra’s hybrid modular construction model might be a good example of how creating jobs in the areas that need them most can be both good for the workers and for the investors.