As of October 2020 the world currently has eleven COVID-19 vaccines undergoing Phase Three trials but outside of Russia and China, no currently deployed candidate to speak of. It isn’t just the virus itself affecting office real estate, though. Centers of gravity for knowledge work, like urban downtowns, are facing particularly tough times keeping office leasing up. The suburbs, hinterlands, and Zoom-equipped second bedrooms that are supplanting the downtown core might be more flexible than Midtown Manhattan or Chicago’s Loop, but they don’t offer as many opportunities for spontaneous creativity as densely-packed urban cores do. This is tough enough for the traditional office building, but it’s even more concerning for tech parks, which often rely on connections to a nearby university or the presence of a lot of unique services, like coaching and networking, as a unique value proposition.

According to the United Nations organization for science policy, there are 72 research parks located throughout the United States. These are commonly associated with research universities, but they may also have connections with influential national laboratories or military bases. In a fascinating academic paper that presented evidence for the benefits of tech parks, a group of Spanish researchers explained that of all the benefits of tech parks, things like access to funding, expert advice, new research conclusions, and inter-company connections where different businesses find ways to collaborate, a powerful element for this success is physical proximity to both the other businesses in the park and the research or university component as well.

That is all fine and good during normal days, when people could socialize freely, make spontaneous connections, or simply come into the office without fear of contracting a deadly illness. And it isn’t groundbreaking news, either. From an office design perspective, the benefits of having workers on one floor where spontaneous innovation can occur, as opposed to separated and stratified across multiple floors, is well known. Collisions, as they are called, are a powerful force for innovation and problem solving. This is what managers are talking about losing when they discuss switching to a remote work style and an emphasis on Slack conversations over in-person interaction.

Needless to say, COVID-19 has been harmful to the idea of collisions, and by extension to the very source of benefits that tech parks provide. If you aren’t able to benefit from in-person interactions with your advisors, contemporaries, and experts at the cutting edge of a range of sciences, the value proposition of the tech park could be in for a loss this year. Things get even tougher when you consider that many tech parks have sophisticated laboratory spaces that are irreplaceable over the internet.

Tech parks are limited by their physical presence. Only so many companies can physically tenant the offices of even the largest tech park, which are themselves limited by proximity to the partner university or research organization, and the (often sprawling) layout of their partner’s campus space. They also will never be the impressive downtown highrise offices that so many equate with success. If much of the value of tech parks includes softer benefits like networking, collaboration and exposure, big questions remain as to how these institutions plan to thrive through the rest of the outbreak, and beyond.

It’s important to note that tech parks are inherently much different than traditional office space based on the services they offer and the network they provide. While Cushman & Wakefield might see office vacancies peaking in 2022, if we have an effective vaccine before then, vacant tech park spaces will probably be re-leased quicker than for the millions of square feet of traditional office space that don’t boast in-built connections to major universities or labs. Such is the power of differentiation. Looking at that list of 72 American tech parks, the other benefit these centers have is great geographical diversity. These institutions are spread out over dozens of states, keeping local competition down. If you’re a business looking for research park space in Tucson AZ, for instance, you only have one choice to begin with.

According to Carol Stewart, associate vice president for Tech Parks Arizona, the organization that manages the tech park associated with the University of Arizona, 25 percent of the park’s knowledge workers were unable to take their jobs remote. Instead, Tech Parks Arizona focused on giving these workers, and other workers returning to the office, the types of spaces that will keep them both safe and productive. “We see the new workspace as very flexible,” Ms. Stewart said. “This allows us to purpose-build environments that rapidly evolve based on users’ needs. By providing unique types of office space that cover a wide range such as drop in desks space, to collaborative spaces, it provides space to respond to innovators rapidly.” This points to one of the benefits of being associated with a group of experts in different fields and sciences: the ability to deploy some of the very innovations that are being developed nearby. When University of Arizona researchers develop better test kits or outbreak tracking apps, as they recently have, Ms. Stewart said, it’s easy to deploy these solutions locally.

Redesigning a space for more flexible uses doesn’t fully replace the benefits of the in-person tech park experience, though. And if 25 percent of the Arizona park’s workers have remained, how are the other 75 percent served? Ms. Stewart added that “All our support programs have shifted online. The Tech Parks team has regular check-ins with executives of each company to find ways park management can help each business thrive. And we’ve ramped up additional technology platforms and online support services to help our most critical companies, startups.” Perhaps this points to a new normal for the tech parks of America, where services are delivered blended between in-person and online delivery. This could have the benefit of getting more businesses into the tech park, as tenants that are only on-site half the time wind up taking less space in the building.

None of this addresses the question of those collisions, though. There is no shortcut to networking and making spontaneous connections. Interestingly, we discussed the idea of broker-led networking events in a recent article as well. Perhaps this is a sign of the times: how do we keep people spontaneous, creative and networked during the pandemic? The simplest answer is that networking needs to become a mandatory, repeating activity for businesses. Whether it is one company holding a “flash networking” event every month or a tech park offering such an event every week, we’ve hit a point where learning how to network remotely can no longer be an afterthought. Even if the outbreak disappeared today, too many companies have switched to a mostly or totally remote approach to business for the old way, of bumping into someone at the water cooler, to work. But tech parks have a leg up here: each of their companies are unified by a common theme and even, in the case of University-associated parks, a bit of shared identity. As we race to inoculate our offices and tech parks against the business impacts of COVID-19, it’s critical to keep that unique, spontaneous element of collaboration alive. 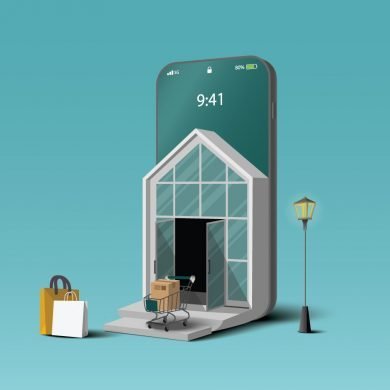