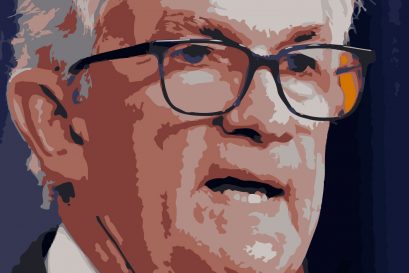 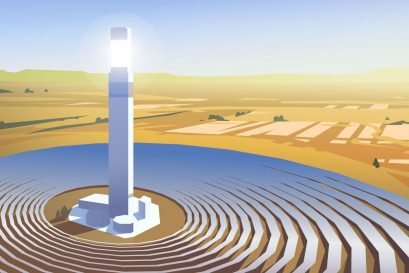 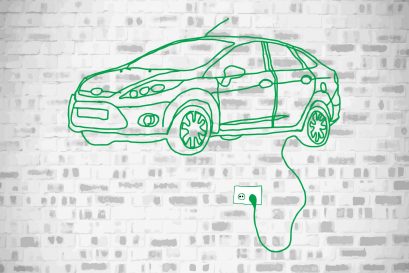 A busy docket week for landlord disputes in Charlottesville, Virginia, was generally considered to be around 60 cases. Granted, that amount is both for the city and Albemarle County that surrounds it, but that 60 case number has been the high estimated norm for about two years. Last Thursday, over 100 people crammed into the Albemarle County General District Courthouse for landlord disputes, most of which were eviction cases from nonpayment of rent. In just two hours, the presiding judge examined 90 dockets.

This is happening all over the country. As county courts paw through a bottleneck of eviction filings, the process is only getting messier. A perfect storm of prolonged eviction moratoriums, a logjam in federal aid, inflation, and skyrocketing rent prices have culminated into a grim reality of delinquencies and an untenable eviction crisis. Nobody wants to oust a tenant any more than a tenant wants to be forced out of where they live, but even regrettable situations that neither party wants to deal with need solutions. Some technology solutions that automate the eviction process have popped up, but the best tech focuses on avoiding the eviction process rather than streamlining it.

Across the country, eviction courts are teeming with months-long backlogs of eviction filings. Housing courts, especially in highly populated cities like New York, are struggling to make a dent in the filing stockpile thanks to a lack of available judges, the rise of hybrid work limiting operational hours, and the ever-churning carousel of updated procedural requirements. Princeton University’s Eviction Lab, an open-source system that tracks eviction filings across 31 cities in real-time, found that as of August 6 of this year, 1,108,748 evictions had been filed since mid-March of 2020. If that seems like a lot, it’s not even close. There’s no national database for eviction filings, and Eviction Lab is only pulling from select cities in 6 states.

Evictions are an unfortunate occurrence in the multifamily sector. Landlords can do their very best to find tenants who will take care of the property and pay their rent, but this is not always the case. Eviction has been a divisive topic ever since the COVID-19 pandemic began. The sheer amount of evictions poses serious risks to public health. A 2018 study from New York University found that a high rate of evictions leads to crowded emergency rooms, a public health crisis in and of itself.

None of this is news to landlords, of course. The stress surrounding the decision to begin the eviction process on a tenant carries significant weight. An eviction is a black smudge on a person’s public record that makes applying for a new apartment next to impossible for a period of years. After 9.6 million Americans lost their jobs because of the pandemic, the widespread economic stumble is causing eviction to become a reality for so many people so suddenly. Plus, a tenant with an eviction on their record is statistically more likely to spiral into homelessness. Evictions are costly for landlords too, who often have to bear the cost of legal fees, unpaid rent, and property damage that often goes with the process.

Often times landlords can coordinate with their tenants to reduce the amount of rent owed or structure a repayment plan. Other landlords use “cash for keys” or the promise of a lump sum to persuade tenants to vacate the property. But as generous as these tactics may be, two years of compassion fatigue and legal headaches have shaken up landlords to shift their business models.

Not only are landlords who missed out on rental income due to nonpayment more likely to hike their asking rents in order to recoup the lost revenue, but landlords, in general, are becoming more stringent on their tenant screenings. A recent survey from the Urban Institute, a nonprofit research organization, revealed that 39 percent of landlords are tightening their screening criteria for new tenants. What’s more, 49 percent of landlords who experienced nonpayment of rent are now adhering to stricter standards.

In the midst of a historic eviction crisis, it’s easy to see why landlords may be hesitant to accept most tenants. But narrowing the approval threshold can worsen the eviction and housing crisis as it ultimately creates another barrier for a tenant to acquire housing. Funnily enough, a growing solution for renters otherwise unable to qualify for rental units is helping landlords to avoid the eviction process altogether.

TheGuarantors, which recently raised $50 million in a Series C funding round, is a fintech company that stands in as a co-signer for renters in 49 states. The company provides a surety bond, backed by third-party insurance groups, to the landlord on behalf of the tenant. These surety bonds grant landlords recovery of up to the full rent amount, plus holdovers and legal costs, in the event that tenants, for some reason, fail to pay their rent. While a third party provides the bond, The Guarantors conducts its own vetting and approval process, which is where technology comes into play. The startup’s algorithms can effectively evaluate the quality of an applicant and their likelihood of making payments on time.

The essence of TheGuarantor’s product is a financial guarantee on behalf of the renter and tech-driven strategies for the operator to prevent an eviction from happening in the first place so that they don’t have to endure the cumbersome and draining process of taking back possession of their rental unit through the housing court. “Evictions do get hostile and very confusing for renters,” said Elsa Liao, VP of Risk Management at TheGuarantors. “Everybody’s very upset because they have to spend a lot of time and money in housing court. We’ve seen owners take a blind, sweeping approach to immediately evict a tenant when they fall behind on rent a lot of the time, and that’s really not a good approach. So I think the best eviction technology available is the tech that prevents most evictions from ever happening in the first place.”

For tenants looking to use TheGuarantor’s service, the total cost ranges from 5 to 80 percent of one month’s rent, which is similar to a broker’s fee. But given that you may be able to renew your lease without using the service after a year of on-time payments, this is a modest price to pay. Additionally, it may allow tenants to avoid other obligations that landlords could impose on those without guarantors, such as posting a sizable security deposit or making prepayments months in advance.

In the event that a renter who is able to afford the apartment just up and decides that they don’t want to live there anymore. This could be somebody who needs to relocate because they’ve received a new job offer in a different city, a student who wants to take a gap year abroad, a couple that is divorcing and eagerly looking to leave, and so on. “We’ve seen quite a lot of that over COVID,” said Liao. “If a renter needs to relocate, we would help the renter and give them guidance on how to tell the landlord that they are requesting a lease termination. In those cases, usually, the landlord would ask for a fixed amount of accelerated rent to cover the potential shortfall of rent after the renter has come about, and before that, a new lease is signed. Usually, it’s 2 to 3 months of rent.”

I asked Liao how TheGuarantors is able to stop an eviction from happening, and she told me that it’s a case-by-case basis for each tenant that they work with. Surprisingly, a lot of tenants who aren’t paying their rent in a timely manner are doing so out of a breakdown in communication, not malice. “Quite a lot of renters aren’t aware that rent is due on the first day of the month instead of the last day of the month or the day they move into the apartment,” said Liao. “It’s surprisingly common in a lot of Class A and Class B multifamily properties. Sometimes it requires overcoming a language barrier, but if the property manager and we as the insurance partner can offer good education and communication with the renters, it cuts down so much on nonpayments and the need for the owner to start eviction proceedings.”

Liao pointed out that from the perspective of the owner, very few renters should need such clarifications on how the rental relationship works, which might be why the problem is so pervasive because landlords aren’t thinking that they need to take the time to sit down with their new tenants and walk through the process with them. “The vast majority of renters who purchase an insurance policy with us are lacking that basic guidance.”

An eviction is so much more than a forced move. It exposes millions of people to a cycle of emotional and financial instability, it lessens real estate affordability for everyone else, and it wears landlords down. Technology that prevents evictions from ever blighting a tenant’s record is not just beneficial for landlords, it’s vital.