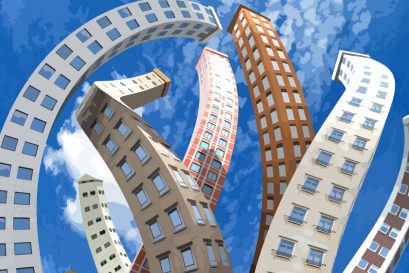 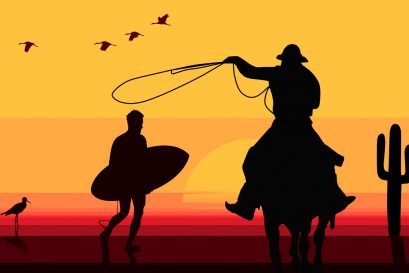 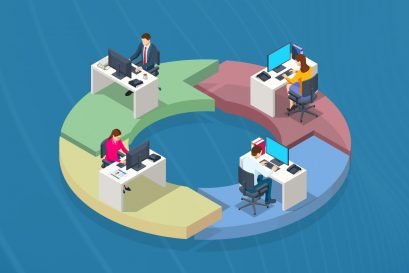 At the beginning of the pandemic, there was a pervasive belief that remote work would become permanent, resulting in a knee-jerk conclusion that an office apocalypse was upon us. Thinking that the office had become entirely obsolete, executives and corporate occupiers said in various surveys that they’d slash their office footprints. Things have changed since the spring of 2020, though. Slowly but surely, companies have implemented hybrid work, and, though there’s still much uncertainty, the forecasts for the future of the office don’t seem quite as dire.

People aren’t coming into the office every day, but companies are thinking more holistically and considering things like peak occupancy. Generally speaking, the middle of the workweek (usually a Wednesday) is when offices are the fullest. Talks of drastically reducing office real estate footprints have calmed down. But while some occupiers still plan to reduce their footprints, others have indicated office footprint expansions because their businesses have actually grown.

Thirty-nine percent of occupiers intend to expand their office portfolios due to business growth and hiring, according to CBRE’s Spring 2022 U.S. Office Occupier Sentiment Survey. Meanwhile, 52 percent of occupiers said they’ll reduce space over the next three years because of remote work and space efficiency, while 9 percent say they’re standing pat. More than half of office-using companies saying they’ll reduce space sounds alarming, but the news is not as bad as landlords think. That number is a significant change from the early days of the pandemic when about 84 percent of companies told CBRE they’d shrink their office footprints.

Time for an upgrade

The picture for the office market remains cloudy, but it doesn’t necessarily mean companies are rushing to cut back their office footprints en masse. Decisions made to real estate portfolios are long-lasting, and while occupiers may have more clarity, they don’t make these decisions lightly. A company can change its hybrid and remote work policies relatively quickly, but this is definitely not the case with office leasing. The knee-jerk reaction period from the early pandemic may be over for occupiers, but we’re in a phase of experimentation for the office market.

CBRE’s Occupier Sentiment Survey showed many companies are considering reducing office space, but they’re not actively doing it just yet. Since the pandemic began, just 5.5 percent of U.S. businesses have downsized their office space, while 3.6 percent have expanded, according to data from the U.S. Bureau of Labor Statistics from February. An overwhelming 90 percent of companies haven’t made any changes, and 92.4 percent say they plan to stay the same size in the next 12 months.

While the size of offices isn’t changing much, how they look is changing. About 66 percent of executives say their company is planning a space redesign because of hybrid work, according to a Work Trend Index survey conducted by Edelman Data x Intelligence. For the first time, perhaps ever, architectural firms are making more money from renovation work than construction, said Kermit Baker, Chief Economist at the American Institute of Architects (AIA). Office landlords are spending vast sums of money on major upgrades, seeking to differentiate their properties for prospective tenants while vacancy rates are still high.

Before occupiers and landlords renovate and make improvements, they first need out how their spaces are used. Companies and landlords are relying on real estate tech vendors more than ever to track engagement of services and access card swipes. Many occupiers don’t know exactly what their employees want in the office’s physical layout, but they do know workers wish for a personal connection with their colleagues when they come in.

Most companies eagerly want employees back in the office because it drives connection to the company. “Employee engagement to the company increases retention rates and, right now, that’s especially important because it’s still a candidate’s job market,” said Mark Rosenthal, Chief Operating Officer at HqO, a workplace experience tech provider.

Elena Beloshapkova, CEO of inspace, a hybrid work tech provider, said that she’d noticed some smaller companies reducing the size of offices as they’ve been merging departments and realizing they don’t need as much room. “Office spaces are going to look different,” Beloshapkova said. “More people are only coming to the office when needed, and they’re most likely coming to collaborate with co-workers.” Although she expressed that this was purely anecdotal, companies are reducing the number of desks, decreasing formal meeting spaces, and adding more lounge areas. The design of many offices has become much more relaxed and comfortable, with more room for phone booths and Zoom calls and spaces for hybrid meetings with monitors and video hookups.

Beloshapkova said she thinks companies probably expected employees to just return to the office when the pandemic died down, and everything would go back to normal. But the pandemic made employees acquire new habits and tastes, and the workforce culture and expectations have shifted tremendously. As a result, office design is undergoing a seismic change, too. “I think we’re witnessing the biggest change in office design since the switch from cubicles to open spaces,” Beloshapkova said. “By listening to their employees, companies can gain a lot.”

5 Companies That Expanded Their Office Real Estate Despite the Pandemic

Other trends in office design may be overblown. Sherry Gaumond, COO and Director of Interior Design with Larson & Darby Group, an architecture firm, said she hasn’t seen as much demand for wellness space for things like meditation rooms and improved fitness centers as some media outlets have portrayed. She explained it’s challenging to make those investments if companies aren’t sure workers are coming back into the office that much. Another problem with fitness rooms is that they’re designed to bring people together in close proximity to each other, which may not be a good thing with COVID concerns. “But there have been investments in nicer collaborative areas and companies paying more attention to office acoustics,” Gaumond said.

Many corporate occupiers and landlords want “Google spaces,” according to Gaumond. But she said the fancy cafeterias and ping-pong tables and game rooms are just aspirations that companies have, and they typically make compromises. Gaumond has been an office designer for more than two decades, and when she started, there was a clear hierarchy to how spaces were laid out. Offices had larger footprints, and big, assigned spaces and corner offices symbolized success. There were also a lot of cube farms and very few collaborative spaces.

She says there’s been a new shift to fewer private offices and more emphasis on spaces that increase collaboration and casual interactions. There has even been a focus away from storage and space for personal file cabinets. “Companies may provide personal lockers or mobile file cabinets with locks for employees, but that’s about it,” she said.

Tethered to the office

Even before the pandemic, most workers didn’t sit at their desks all the time. The distributed workforce trend has been picking up steam for a while, and most employees today are mobile and fit well into the flex work mode. Office designs reflect this trend, as companies are pivoting to hybrid work models, experimenting with different designs, and taking a page out of the book of flex and co-working spaces.

This experimentation with office design will probably continue since design depends on each company’s preferences, industry, and other defining characteristics. It’s certainly not a one-size-fits-all proposition for occupiers. Office landlords and occupiers are beginning to get more clarity about space needs and design, but they probably want the answers sooner than they’re getting them. However, it’s going to take time to sort these things out.

Each time the return to the office seems poised to come back stronger, a new COVID variant emerges, or another barrier gets thrown in the way. We’re living through turbulent times economically and socially, a kind of grand societal experimentation affecting everything, including the office workplace. And the popularity of hybrid work is keeping office occupancy rates stubbornly low. Kastle Systems’ 10-city average Back to Work Barometer has hovered at 43 percent occupancy for over two months. The access control firm recently said this might be a new normal for companies nationwide.

But does this low occupancy rate mean office space needs will plummet? Not necessarily. If offices still have peak occupancies during the middle of the week, there isn’t all that much opportunity for companies to cut space. Real estate decisions are also multi-year investments, and many occupiers continue to play the long game, not making any hasty moves. Plus, many companies and executives really want workers back in the office, if not now, then later. There’s no better evidence of this than Tesla CEO Elon Musk’s recent ultimatum to his workforce to come back to the office full-time or find another job.

To a large extent, it seems as though companies are playing a waiting game with COVID-19 and the remote/hybrid work experiment. In most cases, return to office policies have been voluntary, and companies aren’t pushing too hard. Companies and managers are also having difficulties with hybrid work; it’s harder to train employees, and communication is more challenging. Employees love hybrid work, ranking the benefit in surveys as almost as important as salary, but their companies are struggling with it.

Nearly 90 percent of employers have implemented a hybrid arrangement, but most remain dissatisfied with how the models are working, according to HqO’s 2022 Office Insights Report. Though not all executives say it publicly, many are probably pining for a full-time return. Either way, many companies remain tethered to the office and hesitate to part ways or reduce space. “There is still a fairly significant need that most employees, and certainly most companies, see for the office in a very profound way,” said Michael White, a managing director of architecture at Gensler. So, while the office is changing and shaping up to look different design-wise, it doesn’t mean the office apocalypse is coming. Shrinking and vanishing offices were fears at the beginning of the pandemic that are, slowly but surely, starting to subside.