How Los Angeles Is Tackling Homelessness With Limited Real Estate 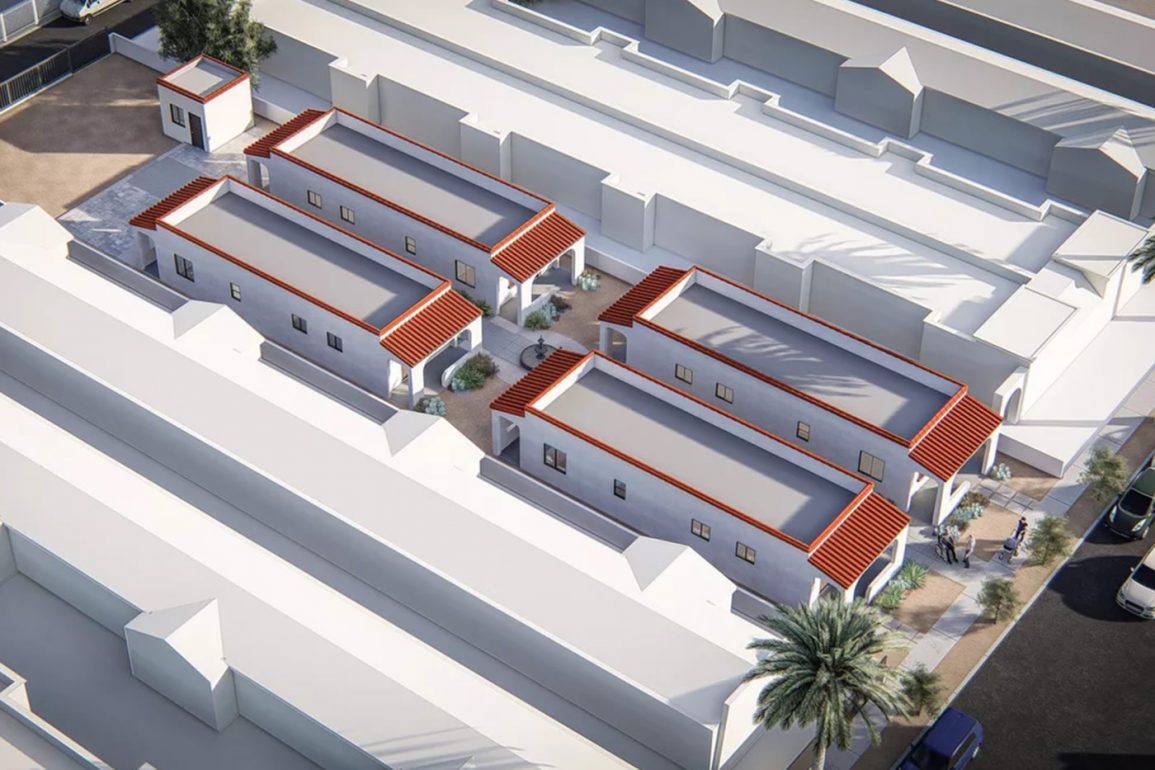 In 2019, the City of Los Angeles recorded a 16% increase in homelessness, putting current homeless numbers at more than 36,000 people in the city alone. The steady rise in homelessness, mixed with the ongoing housing crisis in LA, has caused many real estate developers to look for solutions that are both practical and sustainable.

Voters in LA approved a measure in 2012 that added a special tax in the area that goes towards solving homelessness. These funds are often used to secure long-term home rental contracts for affordable housing, especially in new developments. Where is the money going, and what kind of projects are taking place to address the growing problem of homelessness in LA?

The Faces Behind Homeless Housing

John Perfitt and Jason Neville are two real estate developers who have teamed up to face up to the issue of homeless housing together. Perfitt has more than 25 years of community development experience in both the public and private sector, and currently works with Restore Neighborhoods LA. Neville has worked in public and private community development in both LA and New Orleans since 2005.

Perfitt and Neville are working to change the perspective on real estate development by creating useful, modern housing solutions for homelessness. Instead of focusing on luxury apartments and high-end multi-family properties, their efforts are aimed at low-cost units that are affordable, dignified, and well-designed for modern life. Currently, they have projects seeking funding on SmallChange.com, a community-focused real estate crowdfunding platform run by Eve Picker.

A Place for Accessory Dwelling Units

LA’s housing crisis has many proposed solutions in the works. Of these, accessory dwelling units (ADUs) are a more recent focus of the local government. More than 500,000 LA lots are currently zoned for single family use, though lots may include a separate storage facility or auxiliary building. Many homeowners or property owners have been renovating these secondary buildings and turning them into housing units called ADUs.

Until 2017, laws governing the use and specifics of ADUs were highly restrictive, with only a few hundred being permitted annually. These laws changed in 2017 at a state level, making it far easier to get a permit for an ADU. In 2018, around 5,000 ADU permits were issued, in comparison to 2017’s 150 or fewer. Neville predicts that numbers will increase to 8,000 – 10,000 in 2019. He believes that many of the new permits are for existing ADUs that weren’t permitted before.

Neville approached Perfitt, a licensed contractor, and the two started a small company aimed at making ADUs simpler. The company, Building Blocks, is working to develop a cut-and-paste solution for designing, permitting, and building ADUs within different properties in LA, though they’re still working out some of the design problems. Their aim is to help develop a larger number of affordable housing units within existing single-family lots in the city.

When talking about their joint effort project, Bungalow Courts, Perfitt hits on one of the goals of the small-scale infill developments:

“What we’re trying to facilitate, and show can be financed, and operated, and can work, and be feasible is the repetition. That would be the scale of a lot of infill sites that are either underdeveloped, or not developed at all, or obsolete uses, and so forth, throughout a county. What type of mechanisms can you use, and incentives can you use to do that, and then repeat it?”

The Bungalow Courts project encompasses a few separate Bungalow-style housing developments in LA that will be built over a period of time. Currently, the Bungalow Gardens unit is in development. This is a small-scale housing development. Four small bungalow duplexes occupy the lot, 4 studios and 4 one-bedrooms, with shared space all around and no parking. While Perfitt admits that more units could have been built, and states that future bungalow developments will likely be multi-story, he concludes that community involvement and support, as well as “contextual design” were the most important factors in the first project.

Bungalow-style housing was common in LA from the 1900s to the 1930s as a simple, low-cost way to provide multi-family housing in smaller lots. California bungalows are simple, one story houses, often with half-story lofts, that feature a basic, functional design and an airy, open floorplan. Changes to zoning laws in the mid-1930s requiring more parking spaces made bungalows unfeasible.

Recently, zoning laws have changed to allow homes on lots that are close to public transit to be built without parking spaces, which makes bungalow housing a viable option again. Bungalow Gardens is the first project of its kind in the last 70 years.

Getting the Community Involved

Overall, a point of emphasis for both Perfitt and Neville is the need for community involvement and support for their projects. They aren’t interested in seeking direct engagement through zoning meetings or other similarly traditional routes, because of their experience with loud opposition to homeless housing from a vocal majority. But, they seek community involvement that will directly benefit those in the area.

“It costs money to do outreach. You have to pay people to go out there and do it.” Perfitt says. “Everybody wants to throw around that community outreach, community outreach… I’m down with it. I think it’s great, but there’s a cost to it. There’s a cost to that, that has to be borne by the project. If you’re trying to build for $175,000 – $200,000 per unit, which is half the cost of traditional affordable housing, you can’t afford it.”

So how do they get the community involved? The pair favor going to neighbors around the area directly and talking to them about new developments, such as the Bungalow Gardens. They even look for crowdfunding investment from locals first, to give them a financial stake in the success of new developments in their neighborhood.

Overall, Neville sums up his thoughts on community involvement and its importance to their mission in this way:

“Part of the reason people don’t want to see development is because development has been so bad in the past, and part of changing the story is to do good development. The project that we’re delivering is going to be beautiful. It’s completely accessible for folks with disabilities, there’s rooftop solar, there will be fire retention gardens in the front… This is going to be probably the proudest project I’ve worked on to date.”