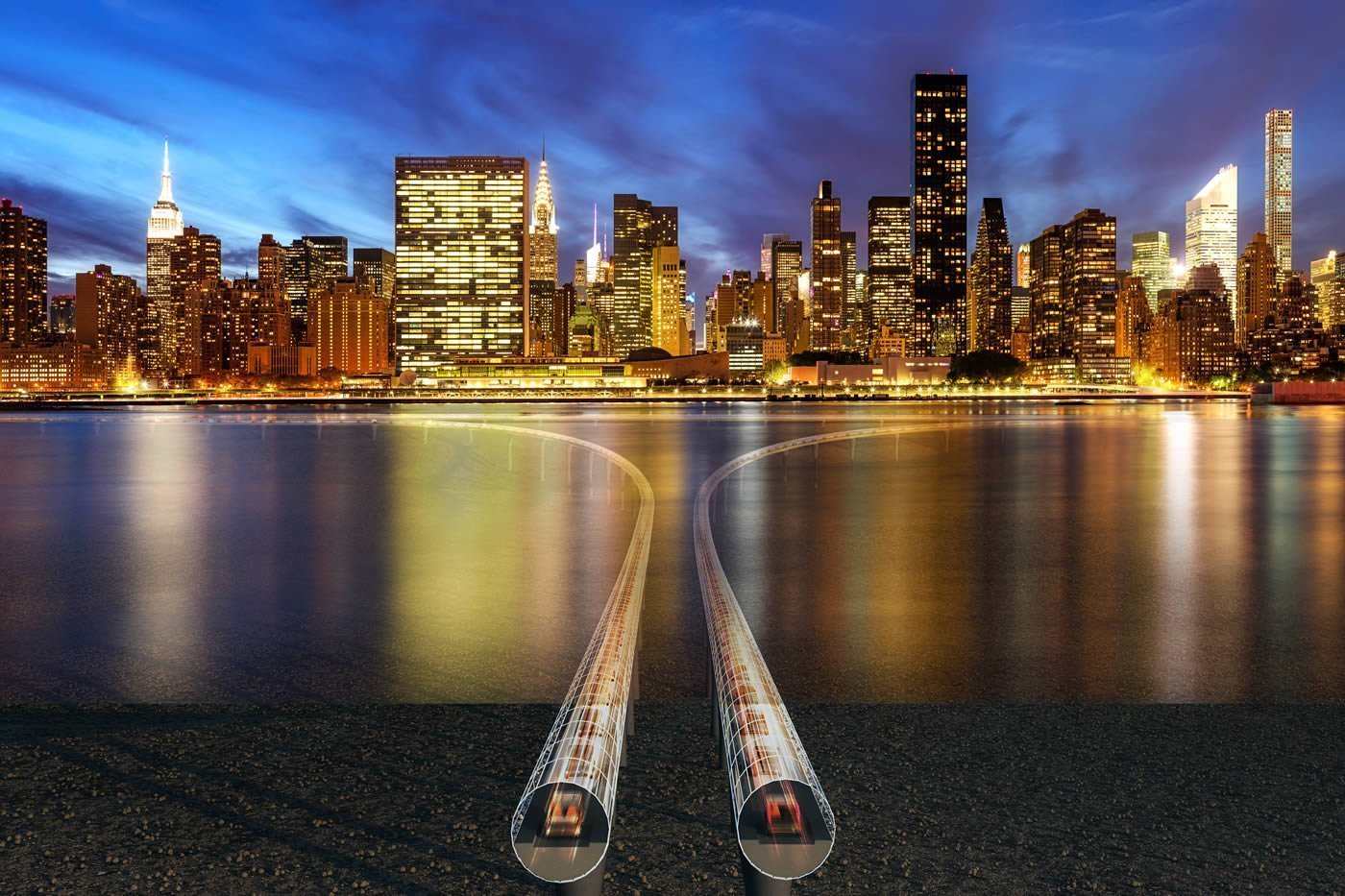 The Automated Future of Human Mobility

One of the most important attributes of any development, its physical location, is inextricably linked to how people are able to get there. How we get to a location, by car, or by public transport can make an immense difference.

In the near future, human mobility will be solved in increasingly automated ways. Lifts, trains, cars will be replaced with single transport protocols. These protocols can free transport from a two-dimensional topology, rendering the street, rail or lift shaft obsolete. What will our cities look like when freed from this legacy infrastructure? What impact will this have not just on location, but on the way we negotiate and experience the city, the form of our buildings, the organisation of public realm or the way we conceive real estate?

At PLP Labs we have been thinking about “The NuMo concept” (an acronym for New Urban Mobility, that we have developed) as a way to answer these questions. NuMo is the fusion of two technologies, mass transport and Automated Electric Vehicles (AEVs). We envision a world where AEVs, circulating above and below ground, are controlled via a dynamic platoon system allowing them to move within milliseconds of one another. This way, cars travel in a continuous flow at a steady speed without ever slowing down.

The concept comes from the realisation that current forms of public transport are simply extensions of 19th Century technologies which rely on grouping people together. They forego flexibility in order to achieve greater efficiencies. The private car inverts this model. Everyone having their own vehicle t is extremely flexible but very inefficient, not to mention environmentally disastrous. As neither solution is perfect, we sought instead to design a new system from the ground up, combining the best of both worlds: public and private transport, efficiency and flexibility. The result is NuMo.

NuMo permits direct travel without down time, replacing the stop-start model of current transportation with a fluid, integrated network. Users will be able to book a trip through smartphones using either their own cars or available public cars. An app will calculate a fare and an estimated arrival time based on an optimal route through the network. The whole journey will be point-to-point, without any transfers or stops.

All this is possible because NuMo integrates existing motorways with a network of specially designated tracks and small-bore tunnels. This dedicated network can be optimised for high capacity and high speed. A NuMo network can accommodate speeds of up to 90 kilometers per hous (around 55 miles per hour), as opposed to 20 to 30 kilometers per hour (15 to 20 miles per hour) in typical city traffic. More speed also means far greater capacity–NuMo will typically double transport capacity for the same investment.

Transparency is Essential to Efficient Markets

The NuMo network will only accommodate Class 1 vehicles, ordinary cars with up to eight seats, which comprise the majority of inner-city trips. This poses a unique advantage. Class 1 vehicles have significantly lower loading requirements, in fact they are less than what is required for pedestrians or indeed a building’s live load. This means that NuMo can accommodate destinations within buildings themselves. Imagine arriving in your NuMo directly in your lobby or even on your floor!

Because the system relies on electric vehicles only, the NuMo network can be accommodated below ground as the complex ventilation systems required by combustion engines are not needed. And since the vehicles are small, the cross-section of the tunnels is also reduced. This has a knock-on effect on the infrastructure costs which will be significantly smaller than a conventional road tunnel, up to one sixth of the cost.

We are very close to making this system a reality. However, a chasm currently remains between government-supplied infrastructure and market-driven vehicle innovation. It is time to bring about the next urban revolution: a symbiotic relationship between new infrastructure and new vehicles.