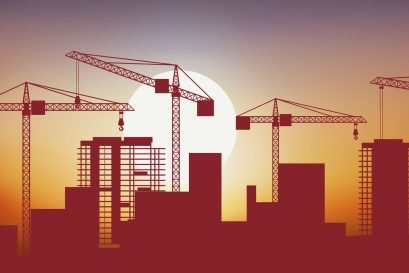 The foundations of the banking world are monumentally shifting as the London Interbank Offered Rate (LIBOR) is slowly phased out. By 2023, LIBOR, which backs $223 trillion in financial transactions, will cease to exist. Understanding how the rate switch impacts banking, much less real estate, will take years but borrowers and lenders have just a few months to figure it out.

“The analogy that rings true to me is that this is sort of like a Y2K event,” Derivative Path co-founder and Head of Rates Steve Hawk said. Hawk has been working in interest rate hedging and derivatives for nearly 30 years, founding Derivative Path as a way to outsource capital markets and advisory teams. “[Y2K] was a pretty large exercise to vet systems and code to make sure things remain operational. Trying to account for transitioning off LIBOR is thought about in the same context. Operationally, there’s a lot to get done.”

LIBOR is calculated by a select group of global banks sending their interest rate estimates to the Intercontinental Exchange (ICE) for five currencies (USD, EUR, GBP, JPY, CHF) and seven maturities, essentially asking banks what the cost of lending to other banks is. ICE takes those figures to calculate and publish 35 different LIBOR rates daily. LIBOR is the backbone of variable rate loans, acting as a floating index underpinning deals for decades. Any variable rate loan issued in the last 35 years likely has LIBOR language included as a benchmark. That’s a major concern for the real estate industry, where variable rate loans are common.

Critics began to question LIBOR in the wake of the 2008 Financial Crisis. Credit default swaps (CDS) were used to insure risky mortgages and other financial products. CDS rates were underpinned by LIBOR, so when mortgage markets collapsed and banks became reluctant to lend, LIBOR skyrocketed, making loans more expensive and halting the flow of trillions of dollars that power the global economy. LIBOR didn’t cause the crisis, but risky loans insured by vast quantities of LIBOR-pinned CDS insured the crisis spread through global financial markets like wildfire. Instead of acting as a backstop to losses, LIBOR-pinned CDS accelerated disaster as the rate soared.

The situation fueled a global financial catastrophe but it wasn’t until scandal hit in 2012 that regulators began talks to move away from LIBOR in earnest. That was the year that it was revealed that multiple banks, including JP Morgan, UBS, Royal Bank of Scotland, Deutsche Bank, Rabobank, and Barclays, were manipulating LIBOR rates for profit. Banks would submit LIBOR rates lower than what other banks were actually charging, indicating the bank was in better shape than a similar bank with a higher rate. Banks colluded with traders to rake in hundreds of millions by rigging LIBOR rates. Investigations revealed traders sending text messages to bankers requesting what rate they wanted daily. Guilty banks were fined to the tune of $10 billion, but perhaps more importantly, the rate-fixing scandal eroded trust in LIBOR’s validity and credibility as a financial benchmark. In 2017 the New York Fed, the Financial Stability Board, the Financial Stability Oversight Council, and the Federal Reserve Board convened a new committee to explore a replacement alternative reference rate.

“The Alternative Reference Rates Committee [ARRC] was formed to figure out what index should replace LIBOR in all these underlying contracts,” Hawk explained. “ARRC came up with the secured overnight financing rate [SOFR] to achieve its main goal of creating an index that could not be manipulated.”

The SOFR is a benchmark interest rate based on transactions in the U.S. Treasury repurchase market, where investors sell banks overnight loans backed by bonds. The treasury repo market is roughly 1,500 times the size of interbank loans and is based on actual transactions, not reporting, making it a more accurate indicator of borrowing costs in theory. It’s hard to falsify transaction info and even harder to manipulate a market the size of the treasury repo market. The ARRC began reporting SOFR in 2018, co-existing with LIBOR since. Last year, the Fed announced LIBOR would be fully replaced by SOFR by June 2023. Banks were told to stop inking contracts using LIBOR by the end of 2021.

Creating a new benchmark rate was the easy part. Transitioning hundreds of trillions of dollars worth of financial products to the new rate is the hard part. Every LIBOR-based contract must be repriced, including $200 trillion of debt and contracts tied to the popular three-month U.S. dollar LIBOR. Making matters even more difficult, SOFR is calculated and compounded daily and is reported at the end of the month. No existing loan system used by any bank does that for indices. Banks systems are not ready to provide the nuanced, rapid calculation required. To help overcome the daily compounding methodology, ARC recommends using a term SOFR rate, a single number set for one, three, or six months that doesn’t have many complex calculations.

Another major problem is repricing isn’t a simple formula because LIBOR and SOFR differ in how they each account for risk. SOFR is known as a risk-free rate, backed by secured lending of T-bonds. LIBOR is a credit-sensitive rate, representing unsecured loans that price in risk.

“Because it’s not a credit-sensitive rate, I think many banks are fearful that in times of credit stress, when funding costs may rise, how those rates react may be very different,” Hawk said. “In times of credit stress, LIBOR would rise. SOFR would go lower to reflect it’s in high demand because people want the safety of government securities. Lenders are worried the SOFR rate could hurt yields when credit stress arises.”

Financial institutions are scrambling to create systems, processes, and technology to accommodate the new rate but time is running out.

Some lenders are looking for benchmark rates other than SOFR to base variable rate loans on. The SOFR is based on USD transactions. The U.K is moving forward with the reformed Sterling Overnight Index Average (SONIA), Europe is transitioning to the Euro Short-term Rate (STR), Swiss banks have selected the Swiss Average Rate Overnight (SARON) and Japan is using the Tokyo Overnight Average Rate (TONA). Then there’s Ameribor Unsecured Overnight Rate from American Financial Exchange and the Bloomberg Short-Term Bank Yield Index (BSBY) from Bloomberg. Some lenders would rather go back to a simpler Prime Rate. We’ll spare you explaining the nuanced differences of each rate and suffice to say a new universal variable rate benchmark does not seem likely any time soon.

“We could have a multiverse, with multiple indices all having a future,” Hawk said. “Will there be a single benchmark going forward? I think that’s still to be determined. The hope was daily SOFR could immediately replace LIBOR, it doesn’t look like that index will make a full replacement of it.”

Transitioning away from LIBOR will be handled mostly by lenders. For the most part, there isn’t much work borrowers need to do besides be aware of the massive change to their loans. If you have a variable rate loan and haven’t heard from your lender about the changes in the next six months, reach out. Ask what the plan is, learn about what benchmark rate the loan is being transitioned to. Be sure to know the difference between the old rate and the new rate, and the difference between different benchmarks. Because a new standard is still far from decided, borrowers with loans from different banks could soon see those loans using different benchmarks. Economically equating different rates will require some work.

“While we believe the larger public and global firms will move to SOFR, certain smaller firms may choose one of the credit sensitive rates, such as Ameribor or BSBY, instead,” Raj Aidasani, Head of Research at the Commercial Real Estate Finance Council (CREFC) told Wealth Management. “As a result, we expect there will be some fragmentation with several rates co-existing next year.”

Tough legacy contracts are a particular problem. If real estate financing is part of a securitization purchased by multiple contracts, an agreement on transitioning away from LIBOR may not be clear with different parties favoring switching to different benchmark rates, creating an inability to agree on fallback processes. Legislation was passed in New York to automatically have those contracts fall back to the SOFR plus spread. Federal action to support those contracts outside New York may be required. Experts agree legacy contracts pose the biggest problem but issues don’t end there.

Deadlines are rapidly approaching and the banking industry is not ready. Just months before the crucial end of the year deadline, Ford became the first U.S. company to issue a SOFR loan in replacement for the LIBOR benchmark rate through J.P. Morgan. Those processes should’ve started months, perhaps years ago. Now the switch is practically here in a fiscal sense. A slow-rolling snowball is picking up speed as it rolls downhill is going to crash into global financial markets imminently. It may be practically impossible to make the transition in a timely manner. Some financial institutions are calling for deadline extensions.

“Lending in alternative rates is not where it should be at this point,” Michael Held, the New York Fed’s general counsel said at an International Swaps and Derivatives Association conference reported by Yahoo Finance. “That’s a problem not just for the banks that don’t seem to be moving off of LIBOR, but also for the borrowers who will need time to rework their internal systems and processes before using a new rate.”

The hope was that banks would have some practice issuing SOFR loans before being forced to. Transitioning a market worth hundreds of trillions to a new way of doing business should not be done at the last minute, but the slow pace of adoption leaves little choice at this point. Regulators in the U.K. and Japan are sensitive to deadline concerns, but Securities and Exchange Commission Chair Gary Gensler warned American regulators will not waver from the Dec. 31 deadline.

“After 12-plus years of fussing about this, there’s a key deadline,” Gensler said before the Financial Stability Oversight Council. Gensler urged financial institutions not to delay transition efforts or reach out to regulators for extensions, “because I really don’t see that happening.”

“We have reached a critical juncture, and more must be done to facilitate an orderly transition,” Treasury Secretary Janet Yellen said before the same body. “While important progress is being made in some segments of the market, other segments, including business loans, are well behind where they should be at this stage in the transition.”

The result is a real estate sector with billions in loans tied to banks that are about to go through one of the biggest financial changes in our lifetime unprepared. Borrowers, particularly in the world’s largest asset class, real estate, must begin asking tough questions and judging lenders on how they are handling the transition away from LIBOR. The changes are the banking industry’s burden to bear, but the impacts will reach every corner of the global financial markets backing real estate holdings.