Tech might help you with tenant complaints, but it’s not worth it if you don’t use it

What’s in a Name? $700 Million and a Few Headaches 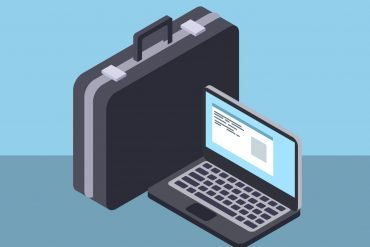 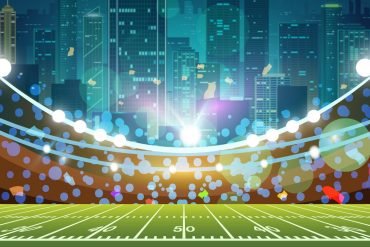 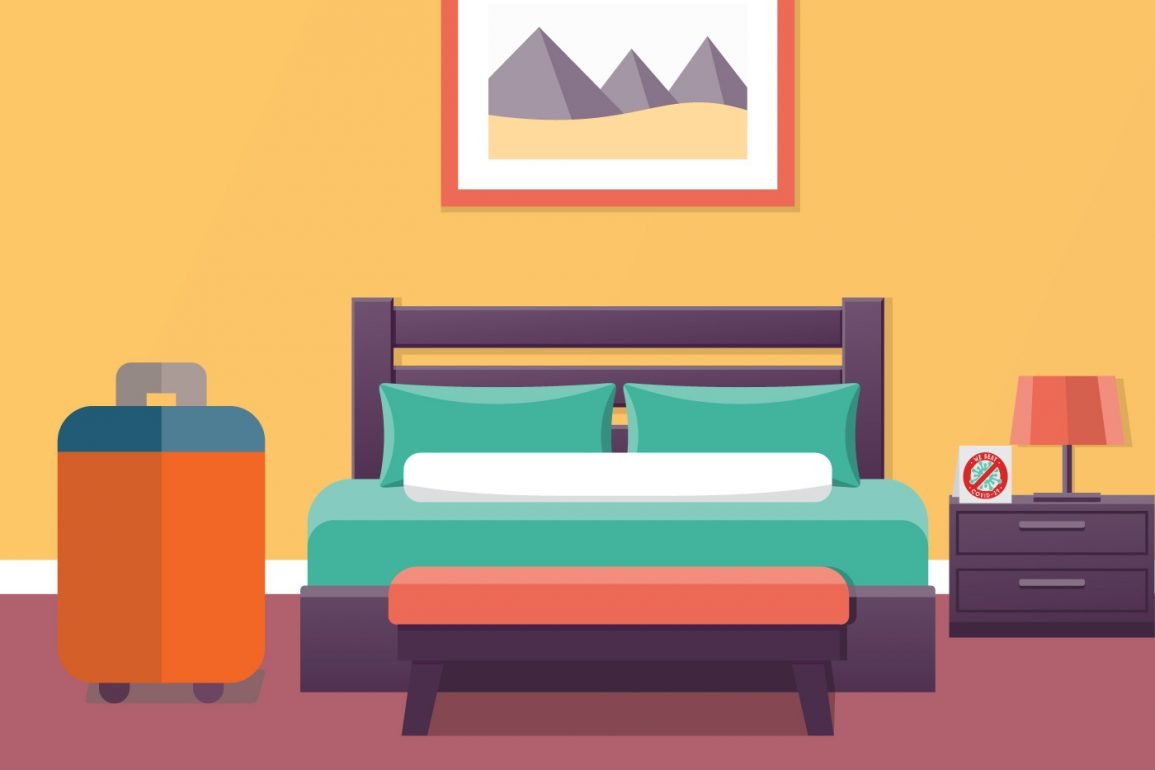 Hotel Owners Need to Get Creative to Outlast COVID-19

The coronavirus outbreak has punished most property types, but the two that have been the hardest hit are, without doubt, retail and hospitality. Even between those two classes though, things are uneven. While retail spaces have been hammered by missed payments and widespread obstacles to shopping, the sector has a number of contingencies working in its favor. The national chains and local specialty stores alike are capable of selling much of their inventory via delivery or pick-up. Service providers who rent retail space, like gyms or restaurants, are in many cases moving their services outdoors. And for niches like groceries and household goods, there is a fundamental retail truth, too: People still need food and toilet paper, outbreak or not.

The same is not true of the hospitality business. Whether it’s travel for work or leisure, seldom is travel truly necessary. And, of course, there is no way to remotely offer a hotel room to a guest. The very idea of a hotel room requires people to come into contact with many of its surfaces, potentially exposing themselves to the virus.

These challenges, fundamental to the asset type, have led to a number of defaults in loans related to hospitality investments. Colony Capital defaulted on over $3 billion of hospitality and healthcare loans in early May. While at first blush healthcare would seem to be well-insulated from coronavirus-related risk right now, the reality is more nuanced. The portfolio Colony defaulted on involved 157 hospitality properties and 357 healthcare properties like assisted living centers and nursing homes. As of July, Colony is now facing the loss of its two biggest hotel portfolios entirely.

Those properties have been slammed by the outbreak, as visiting, leasing, and daily events are all compromised or banned in order to reduce risk. Although it has been a few months since Colony defaulted, the risks facing the hundreds of healthcare properties in the portfolio, and the many hundreds more tied into other debt obligations around the country, aren’t going anywhere. In a late July interview, Dr. Michael Wasserman, a former nursing home CEO and current president of the California Association of Long-Term Care Medicine said, “My number-one concern right now, as we see the overall numbers rising, especially among younger people, is those cases are going to re-infiltrate nursing homes, assisted living, group homes, [continuing care retirement communities], retirement communities—or infiltrate the ones that didn’t get hit the first time around. So I think that is my number-one fear right now.”

Hotels and this kind of healthcare property are totally different, but they are facing similar issues: there is simply no way for them to safely offer their normal services, and consequently make money, during the outbreak. “The hotel industry is in unprecedented times,” said Michael Cahill, CEO and founder of HREC, a hospitality-focused real estate brokerage. “You’d never think that people would be dreaming now of just getting back to a break-even level.” But for many operators, things have been well below even that bare-minimum bar for quite some time. The deepest part of the trough was back in April, when hotel occupancy rates hit 20 percent. At the end of July, things are better but still in the 40 percent range, far lower than the typical 80-plus percent seen in summer. And it isn’t just Colony Capital that is suffering. Blackstone missed a June payment on a $274 million loan connected to a number of hotels in cities like Chicago and San Francisco. And Ashford Hospitality Trust defaulted on around $150 million of loans associated with nine hotels around the country, too. Small potatoes compared to $3 billion, but these are yet more examples of a trend that is playing out more and more amongst hospitality investors right now.

The beating hotel chains are taking is in many ways a reflection of the country’s disinterest in some types of travel right now. According to the International Air Transport Association, global passenger traffic will be depressed below pre-COVID-19 levels until 2024. But not all types of travel are cut of the same cloth. RV sales have waxed as air transit and hotels have waned. Per the RV Industry Association, sales of small, van-like Type B RVs was up 90 percent in June 2020 over the previous year. Sales across all vehicle types are up, too.

Hotel owners need to act decisively if they want to preserve their investments. While occupancy rates have been up since that April low, a prolonged period of depressed occupancy will be lethal to many hotels. The drastic solution is conversion to alternate uses, like affordable housing. We discussed property redevelopment into new uses in our newest research report, and the benefits can be tantalizing. In this case, owners converting their own properties into alternate uses could be a compelling pivot option, since the initial project development expenditures are all sunk costs.

A less drastic option is to develop alternate revenue streams for the duration of the outbreak’s impacts. A hotel could lend itself well to serving as an emergency clinic, for instance, or even quarantine space. This is likely happening in Dallas County, Texas, where the county’s commissioners are currently deciding on spending over $2 million to use rooms within a Best Western Plus hotel as a quarantine site. Hotel owners should consider approaching their municipalities and learning whether similar arrangements are possible for them, as well.

Alternately, hotels could begin to offer office space. This is the story at the Wythe Hotel in Brooklyn, which partnered with co-working provider Industrious to convert hotel rooms into private office spaces. This could offset some of the missed room rent for the hotel, while allowing those guests that do arrive a chance to have an additional add-on perk. Since the office suites are private, it would be substantially safer than using a traditional co-working space. For Industrious CEO Jamie Hodari, this kind of collaboration was a long time coming. “I think this is something that was long overdue, and this is a first step towards real-world examples of workplace providers and hotel providers becoming a bit more intertwined,” he said. The alternate use case with this sort of collaboration is locals renting out private office space on an as-needed basis. This is probably more marketable amongst the current travel lull, but could increase virus exposure levels for the hotel’s common areas.

While there are plenty of options, the big question comes down to how long hotel owners foresee the outbreak affecting occupancy for. And on that front, the only realistic response is “a long time.” Sure, there are plenty of news stories and photos of packed beaches, bars, and even schools, but it stands to reason that every city that jumps the gun on reopening is setting itself up for longer-term disruption. This was the exact story where I live, in Arizona.

The hotel business probably won’t come roaring back even in cities that are doing comparatively well and manage to remain safe. These places may well put harsher restrictions on travellers, like mandatory two week quarantines, making occupancy rates even harder to keep up. Unless, that is, the hotels lean into the quarantine role as described above. As far as who is set to make a comeback the quickest, Cahill said that “you’re probably looking at select service hotels, which are pretty lean economy or mid-rate hotels that don’t have restaurants or meeting space. Those have a better chance of coming back quickly. But again, they still need occupancy, and the general consensus says that those in leisure markets should come back first, followed by hotels that serve business travels, and finally hotels that cater to group business needs.” The vast majority of the year’s planned conferences and trade shows within the U.S. have been cancelled, and with numerous client sites shut down, the business travel usual suspects don’t have too many options to spend their frequent flyer miles. This would fit with the explosive growth seen at RV dealerships across the country, and potentially present a raincloud for the Industrious hotel model.

Hotels may be about short-term stays, but if their owners want to avoid defaulting on their debt obligations or even going out of business entirely, they will need to play the long game. When the pandemic was just starting, everyone thought it would be a matter of months or even weeks. The reality today is that we are looking at yet more months or even years of disruption. It may be a bitter pill to swallow, but hotel owners must accept this fact and respond accordingly.