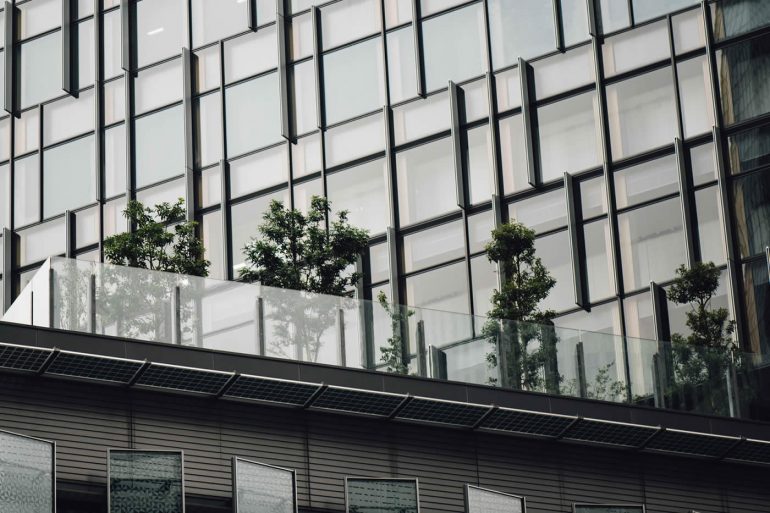 As those in the commercial real estate tech arena can certainly attest, convincing the old guard that emerging technologies such as sustainability practices or digital innovation can improve efficiencies while cutting costs can be a long slow, grind. That would also appear to be the case for adopting healthy building design, although the growing body of evidence that validates the positive correlation between the practice and a more productive workforce may finally be changing minds.

At last week’s Boston Properties University – a series of Ted Talk-style presentations for the commercial property industry presented by the REIT – guest speaker Dr. Joseph Allen, director of the Healthy Buildings Program at the Harvard T.H. Chan School of Public Health, made a compelling case that physical design and healthy practices of workplace environments can have a positive impact on a company’s bottom line.

“Simply stated, when you include health and productivity in a cost benefit analysis, it overwhelms the cost every time,” said Allen. “Our research shows that better buildings lead to better occupant performance, so better buildings provide a win for everybody.”

In 2017, the Chan School published a report, The 9 Foundations of a Healthy Building, with the purpose of bringing the scientific research of healthy buildings to those “who control, manage and occupy buildings across the world.” The report spells out in detail the key elements of a healthy building and provides actionable plans to achieve those ends. The “9 Foundations” laid out in the report are: Ventilation, Air Quality, Water Quality, Thermal Health, Dust and Pests, Lighting and Views, Noise, Moisture, and Safety and Security, but it also suggests implementing a “No Smoking” policy and employing active design, i.e., incorporating design elements that promote and encourage activity, such as easily accessible staircases and recreational areas.

“We spend 90 percent of our time indoors, so it’s obvious that the indoor environment has as an outsized impact on our health,” said Allen. “Ninety percent of the costs of operating your business in a building are the people inside, but instead we focus on the 10 percent (the building’s operating costs of rent, energy, etc.).”

Much of the early research from the Chan School focused on ventilation, and with good reason. Studies have shown that those who work in buildings where fresh air is adequately circulated and distributed are more productive and healthy than those who work in poorly ventilated spaces. “If you look at the scientific literature, higher ventilation rates are associated with lower absenteeism in office workers, lower ‘sick building’ symptoms, and lower infectious disease transmission,” said Allen.

He also cited the COGfx Study, which, using knowledge workers as subjects, demonstrated that when workers spent time in an optimized indoor environment versus a “standard” workspace, those same workers’ cognitive function scores were twice as high. “This was true of three of the cognitive function domains – crisis response, information usage, and strategy – the ones most closely linked with salary and performance – just by changing a couple of variables that we can do in nearly every building right now,” said Allen. The report also determined that good lighting leads to better sleep at night and increased productivity during the day, and that office noise reduction measures boost both productivity and job satisfaction.

And those measures translate into real dollars, according to the study. The researchers found that those optimal results could be achieved at an energy cost between $14 and $40 per person per year – and even less if energy efficient technologies were employed – but the payback was as much as a $6,500 in improved productivity per person per year.

An even more comprehensive report, The Business Case for Healthy Buildings: Insights from Early Adopters, was released in July by the Urban Land Institute (ULI). In addition to profiling five companies that reported positive, measurable results from instituting healthy design and practices in their office space over the course of a year, numerous other studies (including the Chan School study) were cited to further build the case. In order to quantify what constituted a healthy building, the five companies profiled in the report used two globally-recognized certification systems, Fitwel and the WELL Building Standard, to guide their buildouts.

The ULI report concluded that not only do healthy buildings result in a marked increase in productivity, but also serve as a tool to attract and retain talent – particularly millennials. It cited a 2016 CBRE study, Live, Work, Play: Millennials: Myths and Realities, which found that 78 percent of millennials see workplace quality as important when choosing an employer, and 69 percent said they would trade other benefits for a better workplace.

“When millennials are choosing a company, they want to know whether a company is committed to their well-being,” Ashley O’Neill, vice president of corporate strategy and leader of CBRE Canada’s healthy workplace initiative, told the authors of the report. “So it’s a powerful statement to current and prospective employees to say you’ve invested in creating some of the world’s healthiest office environments.” O’Neill also stated that in the WELL-certified offices, the total employee turnover rate had fallen by almost a third, and the hiring rate for new talent had doubled.

So while the evidence is abundantly clear regarding the value of implementing healthy building and design practices, it remains to be seen what the adoption rate for these practices by the real estate industry will be. But as Allen cautioned the attendees at the conclusion of his presentation, “The decisions we make today regarding our buildings will determine our collective health for a generation or more. That’s what’s at stake. And the beautiful thing is that there’s a win to be had for everybody on that path to achieving it.” 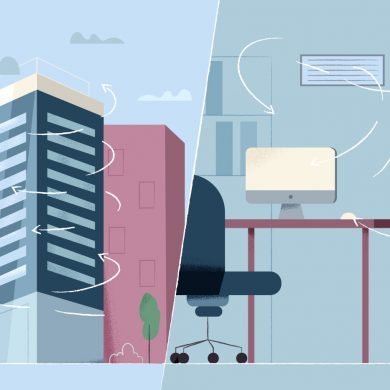