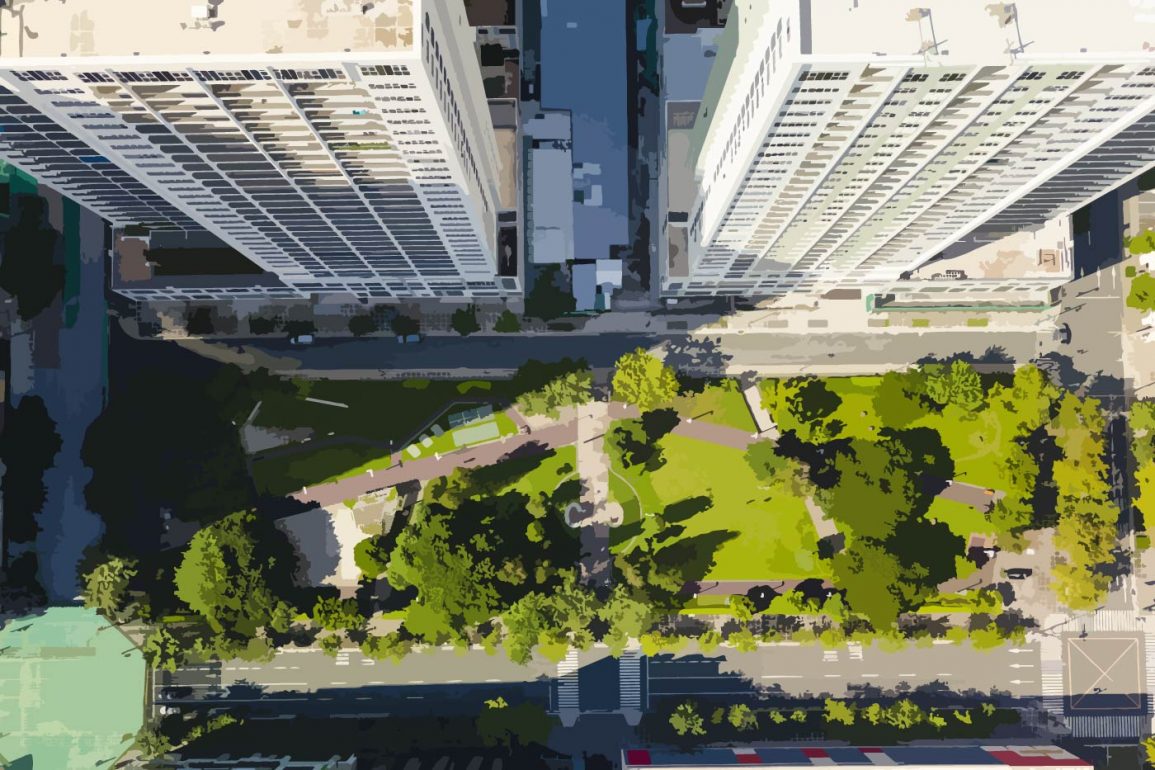 Green Space is Good for the Soul, and for Commercial Property Values, Too

In recent years, academics have shown renewed interest in studying the economic benefits of parks and urban green space. This type of research is hardly a new idea, in fact, it dates back to the 19th century and Frederick Law Olmsted, considered to be the father of American landscape architecture. Olmstead designed the grounds of New York City’s Central Park and used what’s known as the ‘proximate principle’ to justify its expense. His research showed Central Park would increase annual tax receipts for the surrounding wards by $5.2 million from 1856 to 1873, according to the New York City Department of Parks and Recreation. Olmstead also predicted that real estate values in wards surrounding Central Park would increase at higher rates than other NYC wards.

More than 150 years later, Olmstead’s proximate principle has been proven true for Central Park and many other American urban parkspaces. Central Park has more than a $1 billion financial impact in economic activity and revenue for New York City, according to a 2015 study by the Central Park Conservancy, a nonprofit that preserves and maintains the park. While many studies have estimated the impact of urban green space on things like residential property values and social well-being, there has been scant research focused on commercial real estate, until now. Investigating the impact of urban green space on commercial property values was the goal of a recent study by a team of researchers associated with the MIT Real Estate Innovation Lab.

The researchers did this by measuring street-level “greenness” in New York City through a Green View Index, using Google Street View images. They then looked at how that greenness impacted commercial real estate prices using a sample of office transactions over the 2010 to 2017 period.

As you may have guessed, the impact of street-level greenery on commercial real estate was a positive one. The research team found an 8.9 percent to 10.5 percent positive transaction premium and a 5.6 percent to 8.7 percent rent premium for NYC offices in more green areas. The spatially coordinated image data was paired with data from more than 1,400 commercial office transactions from Real Capital Analytics and more than 7,400 commercial office leases from CompStak.

When I talked to one of the authors of the study and computational urban designer Helena Rong she told me, “we were surprised by how much greenery can affect commercial real estate values and the magnitude of the findings. She thinks this study really makes a case for making more private investment into urban green space. “It’s a public good that also has economic benefits,” she said.

Rong said the research team chose to study greenery in New York City because of the richness of the available data. But she said the positive benefit of green space on commercial real estate is likely to be replicated in any city. The researchers hope other American cities consider the findings and invest in more parks and green space.

It’s easy to think of NYC as a concrete jungle, but it has a good amount of greenness, including more than 1,700 parks. Compared to other major U.S. cities, though, the Big Apple isn’t the greenest of the bunch. New York contains just 146 square feet of green space for each resident, according to a recent study by Geotab, a fleet management software company. That low number is partly because of NYC’s massive population of more than eight million people. But the study said Los Angeles, the nation’s second-most populous city, has nearly three times as much green space per person as New York City.

Urban green space is a well-known public amenity, but the MIT team’s research suggests being near greenery for an office can be a price differentiator. Many commercial real estate owners and developers do thorough site location analysis, considering a property’s condition and neighborhood demographics. Evaluating whether a site has access to trees, public parks, and other greenery could be a smart thing to add to the list. Green space, along with walkability and access to public transportation, adds to the quality-of-life factor for office workers. Private investment in green space has also proven beneficial in the past.

A good example is New York City’s Bryant Park, which garnered much private investment in a revitalization effort a few decades ago. The park had been a hot spot for crime and drug use in the 1970s. Throughout the 1980s, the city and private companies and investors renovated the park, including the owners of the W.R. Grace Building across the street. Bryant Park reopened to acclaim in the early ‘90s, hosting marketplaces, summer film series, and fitness classes. The Grace Building and surrounding commercial properties significantly benefited from the enhancements. Along with other civic improvements in the area, the park improvements contributed to a $19.5 million increase in annual rental revenue and a $216 million building valuation increase for the Grace Building, according to QuietStream Financial, a real estate investment management firm.

Rong, the researcher, said an emphasis on urban green space was significant not just because of the economic benefits to commercial real estate but also because more cities today are looking to become climate change-resilient. Green infrastructure plays a big role in that resiliency. Much of the talk about fighting climate change in cities has lately been about reducing energy consumption in buildings, and greenery like parks and trees can help that cause. Urban greenery mitigates the effects of air pollution and what’s known as the heat island effect where heat gets trapped in built-up spaces. Heat islands are especially prevalent in dense urban areas where people, transportation, and industry generate heat that cannot escape from narrow roads and concrete structures. It can add up to a daytime temperature in urban areas that’s one to seven degrees higher than in outlying areas, according to the EPA.

These increased temps lead to more need for air conditioning, intensifying fossil-fuel consumption. Adding things like green roofs and more trees in urban areas reduces surface temperatures and the need for as much cooling. Many cities worldwide use green infrastructure, such as in Fukuoka, Japan. The city government there has teamed up with local universities and research institutions to determine where the hottest parts of the city are and has added terraced gardens on roofs and plant walls on the sides of homes. Even investing in small community-based projects there, such as community gardens, has made a difference.

The study of the economic benefits of urban greenery goes all the way back to Frederick Law Olmsted, the founder of American landscape architecture in the 19th century, and not much has changed since then. Urban green space has many obvious benefits. A growing body of research has shown the positive impact of greenery on physical and mental health, as well as increased residential property values. The connection between residential real estate and greenspace is much easier to understand but the MIT Real Estate Innovation Lab discovered that office tenants will also pay a premium to enjoy the better quality of life that comes with being close to parks, gardens, and trees. Like Olmstead proved with Central Park, there is yet other reason to believe that urban green spaces aren’t just good for the soul, they’re good for the value of our buildings too.