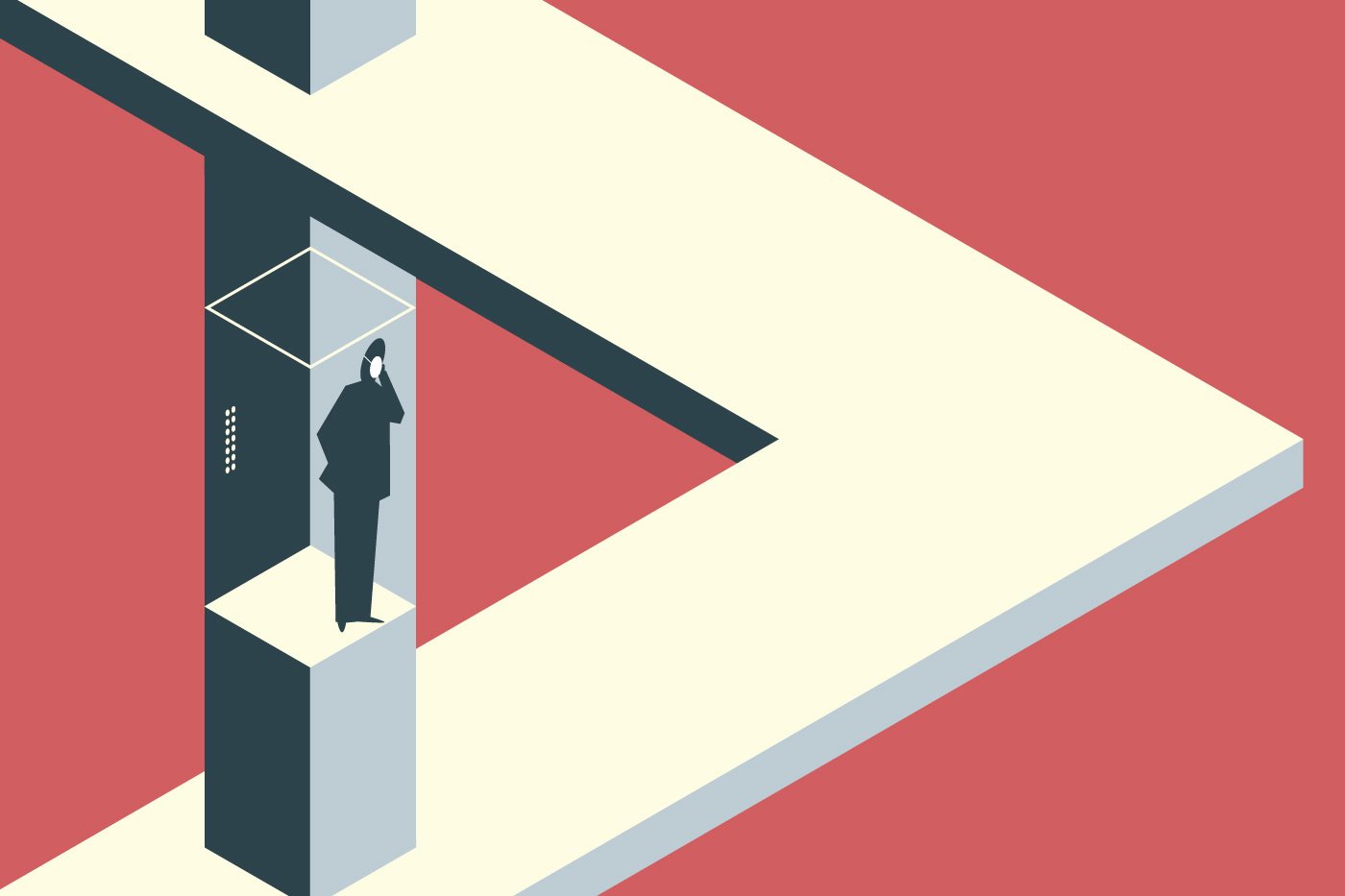 Going Up? Get in Line

Elevators have caused their fair share of awkward moments. We’ve all witnessed a closing elevator door just missing someone’s nose as the would-be passenger screeches to a halt in their pursuit of a ride since departed. We’ve also been that person, sticking our hand in the narrowing crack, trying not to lose the ride (or a limb), only to be forced to watch the floor numbers rise and fall again while waiting for the next cubic chariot. Smiling to myself, I’ve overheard the often amusing conversations of intoxicated passengers with whom I’m sharing an elevator ride, and I have occasionally been the perpetrator in that scenario as well. And then there’s the common sitcom scene in which two people abruptly resume “normal-looking” elevator behavior after their hot and heavy make-out session was so rudely interrupted. The list of such scenarios goes on, but in our new reality, will the awkward elevator moment still exist?

My soon to be sister-in-law recently told me about her company’s plan to reoccupy their building in Manhattan. The parent company of the agency she works for occupies the entire building, so for elevator usage, with four people per elevator, they were able to determine how long it would take to load the building to fifty percent occupancy. Three hours. Three hours to get fifty percent of employees to their workspaces to begin their days. Let’s assume they decide to stagger shifts: One third (of the fifty percent) come in at 7am, then 8am, and then 9am, that’s still one hour per shift of potentially wasted time, standing in line.

How to comply with COVID-19 elevator guidance

Four people per ride is on the higher end of estimations, according to Ambar Margarida Principal at Spacesmith, an architectural design firm in New York City that’s working with a variety of clients to prepare their spaces for reentry after COVID-19. “Two to four people per ride is what we’ve heard, and most buildings are starting with 25 to 50 percent occupancy,” said Margarida. The solution for getting people to work safely in high-rise offices is limiting the number of people riding elevators, but this will inevitably create more problems that need to be solved, like long queues that need to be managed. “In order to prevent overcrowding in lobbies, decals can be placed on the floor to indicate where people should stand, and this may extend outside of the building in order to comply with six feet of space,” Margarida explained.

The New York State Department of Public Health issued an Interim Guidance for Office-Based Work During the Covid-19 Public Health Emergency on May 28, based on CDC recommendations. In terms of elevator use, the document states, “Responsible Parties should prohibit the use of small spaces (e.g. elevators, supply rooms, personal offices, vehicles) by more than one individual at a time, unless all individuals in such space at the same time are wearing acceptable face coverings. However, even when face coverings [are] in use, occupancy must never exceed 50% of the maximum capacity of the space or vehicle, unless it is designed for use by a single occupant.” Fifty percent of maximum elevator capacity will need to be calculated on a per-building basis, but four people maximum is probably a safe bet to ensure employees feel comfortable riding, even if fifty percent can hold more.

Who are these “responsible parties” that have to ensure compliance? The document describes them as “the building owner” for “unleased or common areas” and “the tenant, if not the owner” for actual “leased space(s),” but it also indicates that the two can come to a mutual “joint screening” agreement. It would seem then, that the building owners are responsible for meeting elevator requirements until new guidance is issued. Before work can resume, office building owners will need to figure out how they are going to manage elevator queues. The document states that technology can be used to monitor density and capacity, but it doesn’t provide further guidance on what kinds. It seems that office asset owners and tenants that want to reoccupy will need to figure the rest out on their own (in New York, at least, where a high proportion of high-rises happen to be).

In order to manage queues, some offices are exploring the use of “Disney style” ride reservations systems that will send employees their scheduled time to use the elevator, according to Margarida. “Our clients have been discussing different reentry strategies, like designating queues based on floor levels. One line for low rise floors, one line for mid-rise, and one for high rise,” she explained. Salesforce has reportedly developed a system that employs this technique, using elevator ride tickets, in addition to limiting passengers and requiring them to wear face masks while riding.

The technology for reservation notification systems already exists, but it is unclear if the tech has been adapted for this use case and if it’s ready for immediate adoption. I’m sure employees would much rather receive a notification telling them when to arrive for their ride rather than waiting in line for an hour. Because return to work will happen in phases as building occupancy increases, it could last well into 2021. Managing elevator queues will only become more difficult as more people return to work, so an elevator reservation system might be well worth the investment.

With technology like destination dispatch already commonly used in most newer buildings from about 90s onward, perhaps managing queues for elevators with those won’t be as difficult as it seems. This technology prioritizes rides according to the destination floor and saves on overall trips, which is ideal for long lines of people waiting to go to the same floors. But what about for elevators without this technology? Margarida suggests, “Property owners will need to designate at least one employee to help manage this process and help direct traffic flows. This person would also be wearing gloves so that only one person needs to push the button or touch elevator surfaces.”

Margarida also suggests using signage to help communicate all of these changes, especially in the beginning, and to space out hand sanitizer and disinfecting wipe stations every so often throughout each floor of the building. “For employees who are comfortable doing so, at least for the first few floors, making use of the stairs in one direction can also help reduce congestion or lines in the lobby,” said Margarida. She went on, “Even if the first few floors are retail space, those employees may be going back to work too.” Retail space can also be used by employees killing time while waiting for their elevator ride, but again, it would need to be monitored for occupancy limits.

What Do Distributed Teams Mean for Office Spaces?

Imagine a four person elevator ride, where each person is standing in a corner, wearing a mask, and most likely feeling some degree of anxiety as they ascend back to work, pioneers in the first stage of re-occupancy. Those awkward moments in the elevator may forever be replaced with rigid guidelines and strict schedules. Gloved hands pushing the button for you, holding the door until all the passengers step into the sterile box. Hands folded neatly in front of you, trying not to touch anything, as you exchange polite courtesies and listen to conversations muffled by masks. The beginning stages of the return-to-work process will perhaps be awkward in their own ways, and maybe in the future, once a vaccine is developed and public fear dissipates, leisurely elevator banter will resume. Until then, it is up to building owners to ensure compliance with guidelines, and using existing technologies, like destination dispatch and ride reservation systems, can make the process easier. 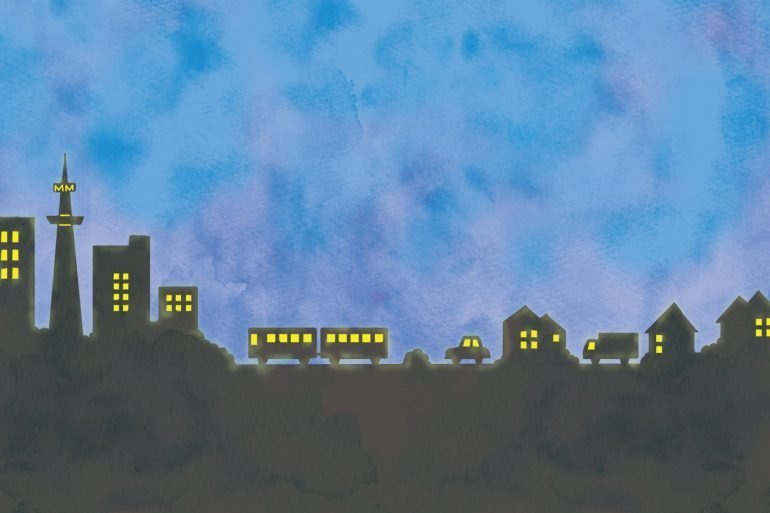 The Difference Between Building Safety and Building Security