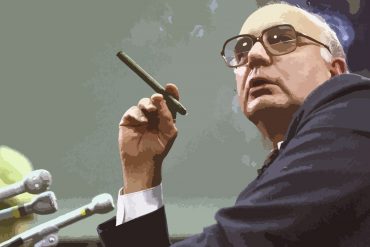 The stark reality of poverty in America is how hard it is to claw your way out. This ascension is even harder for a woman of color. But every so often someone will come along whose talent and determination drive them to levels of success that can be seen as impossible by others in similar situations. One of these remarkable women is Leslie D. Hale, President and Chief Executive Officer at hotel giant RLJ Lodging Trust.

Hale’s father was a sharecropper from Tennessee who eventually migrated to one of the most dangerous neighborhoods in Los Angeles. “Growing up in south-central Los Angeles in the 1980s, at the height of gang violence, I had a deep sense of determination and grit in terms of succeeding,” she said. “Getting out of Los Angeles and experiencing a different part of life was really important.”

Despite her surroundings, she had a really strong family support unit which she credits with a lot of her success. “Every accomplishment I have ever had in my life has been a family affair,” she said. The strong support network that she had helped her take aim higher than she thinks she would have without it, “I knew I could take risks, because if I failed, I could go home.”

After that Hale worked as an investment banker at Goldman where her M&A experience led her to leadership positions at GE’s Commercial Finance Mergers & Acquisitions and Real Estate Strategic Capital Groups. It was there that she got the real estate bug. “I loved the fact that real estate was so tangible,” she said. “We all stay in hotels. We shop in malls. We work in offices. It’s an asset that you can touch and feel and understand.”

In 2005 she took a position with RLJ Lodging, a hotel REIT. Her acumen did not go unrewarded. She was appointed Chief Financial Officer in 2007, Chief Operating Officer in 2016 and Chief Executive Officer in 2018. She has been pivotal in shaping RLJ’s strategy of focussing on non-luxury hotels run by third parties. She also oversaw the execution of the company’s initial public offering in 2011.

Now Hale is a hot commodity. She sits on RLJ’s board, is a member of Macy’s Inc.’s Board of Directors, is a Howard University Trustee, and is a Board member of the Federal Reserve Bank of Richmond’s Baltimore Branch. She is very vocal about the need for businesses to open up to more diverse leadership. “If you believe that I’m a unicorn or we don’t have enough talent then you will accept the lack of diversity. I don’t believe that,” Hale said “There’s plenty of talent but you have to look outside your normal channels.”

She also has some advice for other women trying to follow in her large footsteps to the highest echelon of the business world. “Women are often encouraged to take leadership roles on the support side of the business,” she said. “The most important piece of advice that I got was to stay on the revenue-generating side of the business because it can lead to roles that can influence the strategic direction of a company.”

Though Leslie Hale may be forever known as the first African American woman to ever run a public real estate company, her dedication to lifting other women up will ensure that she is not the last.