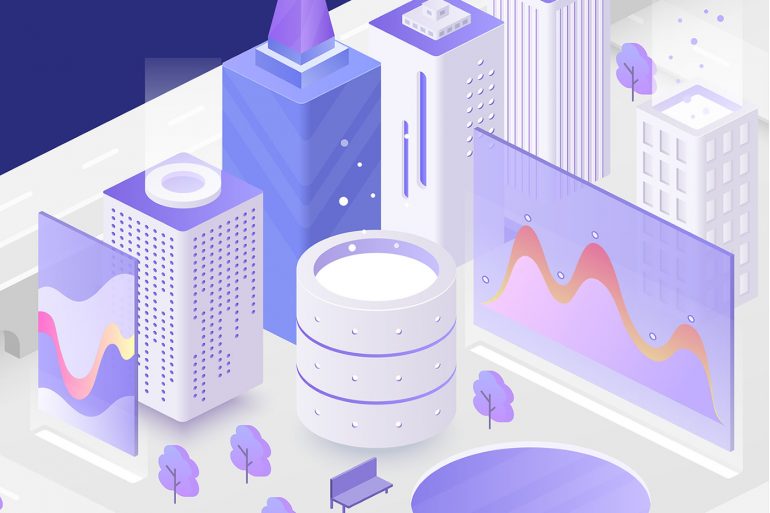 There Is No Escaping the Automation of Commercial Real Estate Brokerages

If you are anything like me you have taken these last few months in winter lock-down to rewatch some of your favorite movies. For me that is the original Star Wars trilogy. I particularly like the second movie, The Empire Strikes Back (what can I say, I am a sucker for complicated familial plot twists). One of the things that struck me when rewatching this cinematic masterpiece was that Lando’s glimmering Cloud City is run by a cyborg called Lobot whose brain is wirelessly connected to his municipality’s infrastructure. It’s this technology that allows him to help our heroes and retake control of Cloud City from the forces of The Empire.

If Lobot were here today, with his networked cyborg headpiece, he would have his robot hands full on the more mundane tasks of running municipal infrastructure—blasting stormtroopers aside. Modern smart city systems are already using some basic forms of artificial intelligence to do everything from scheduling transit systems and garbage collection vehicles to prioritizing parking to managing energy networks for cities of millions.

But the road hasn’t always been easy for smart cities, with big losses in places like San Diego. It was there that a recent attempted rollout of networked streetlights, with videorecording and communication capabilities, was stymied by concerns of privacy and law enforcement overreach. The very value proposition of algorithms and AI tools in smart cities make them difficult to decouple from privacy concerns. According to Nadim Abdulrahim, Huawei’s global government industry expert, a good, simple model of smart city digital transformation is broken down into three components. The model here is called “Device-Pipe-Cloud-Application,” where information flows upward into the cloud through a connected pipe, or network, from devices like cameras and sensors, where a range of programs can start analyzing the information and triggering automated responses.

This “can be applied to any vertical in a smart city,” Abdulrahim said, by centralizing data into a vast repository of raw information called a data lake. From there, he said, cities can begin to classify their data to allow “adaptive processing and decision making.” If the idea of a digital platform making decisions about your life and urban interactions sounds troubling to you, you wouldn’t be alone.

Concerns over the use of algorithms are not limited to smart cities. The UK this year saw a major student protest over the use of an algorithm to deliver class grades, resulting in a significant downward skewing of results compared to expectations. What makes things even harder for data applications in cities is that there are concerns over both the processing of data through things like algorithms and other big data tools, as well as the way it is collected. The San Diego smart streetlights program is a good example of this. Not only were there concerns over the bulk collection of data throughout the city, many residents were also alarmed by the planned use of camera data by the city’s police department.

Another example of this tug of war between utility and privacy comes from the era of COVID-19. After the virus first exploded across the globe, government offices and tech companies were quick to develop a number of contact tracing apps meant to help keep communities safe from the virus. But while these systems could have worked, adoption rates in the United States are very low, with the highest-adopting state, Virginia, capping out at under 11 percent as of late October. According to Christian Sandvig, who is director of the University of Michigan’s Center for Ethics, Society, and Computing, “Concern about privacy is one of the things that’s suppressing adoption.” This rough rollout points to the big tradeoff smart city algorithms and other tools need to understand if they are going to take off this decade.

The tradeoff is simple: people are willing to give up more privacy, and let machines do more thinking for them, when there is a direct benefit to the individual. Think about the example of self-driving cars. Most modern self-driving automobiles have cameras located in the steering wheel or dashboard that observe whether or not the driver is paying attention or just taking a nap. The idea of a camera staring at your face every time you get in the car is unpalatable without the carrot of having a car that practically drives itself. Or think about the data harvesting from social media platforms from Facebook to TikTok. Facebook keeps onboarding new users even as the privacy risks of the service become more and more apparent, simply because it offers a service that many people feel is worth the cost.

In order for smart city technology to ever achieve a fraction of the full functionality that its supporters claim it can perform, from making travel quicker to promoting sustainability to cutting management costs, the planners and technologists who are leading these experiments and pilots need to sweeten the deals for their users, or in other words, their residents. People may struggle to understand how more efficient garbage collection routes or parking optimization impact their lives in any noticeable way, which makes them unlikely to accept prying new data collection requirements that many smart city tools require. But being able to present direct positive outcomes of these new tools, like a lower monthly trash collection bill or measurably quicker commute times, might make all the difference.

Another critical aspect here, in addition to simply offering people a tangible benefit, is transparency. Allowing big data models to extrapolate insights from your personal information is a much easier pill to swallow when you know exactly what it is that those models are doing. In an effort to address this, the cities of Amsterdam and Helsinki recently launched registries of their algorithmic services. These registries provide information as to the datasets, operations, and uses of the algorithms used by each city. Pulling back the curtain on big data is an important component of building trust in systems that might otherwise seem to work as if by magic.

Smart cities promise a lot for residents and planners alike. We are still a long way off from Star Wars Cloud City levels of connectedness, where our minds automatically connect to urban infrastructure. But the nuts and the bolts are there for cities that are more effective, efficient, and enjoyable. Even the best ideas out there still take good marketing and the distribution of benefits throughout the community. If urban algorithms, sensor networks and other data tools can successfully market their benefit, they’ll be able to live up to their science fiction counterparts.