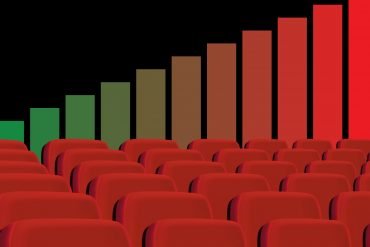 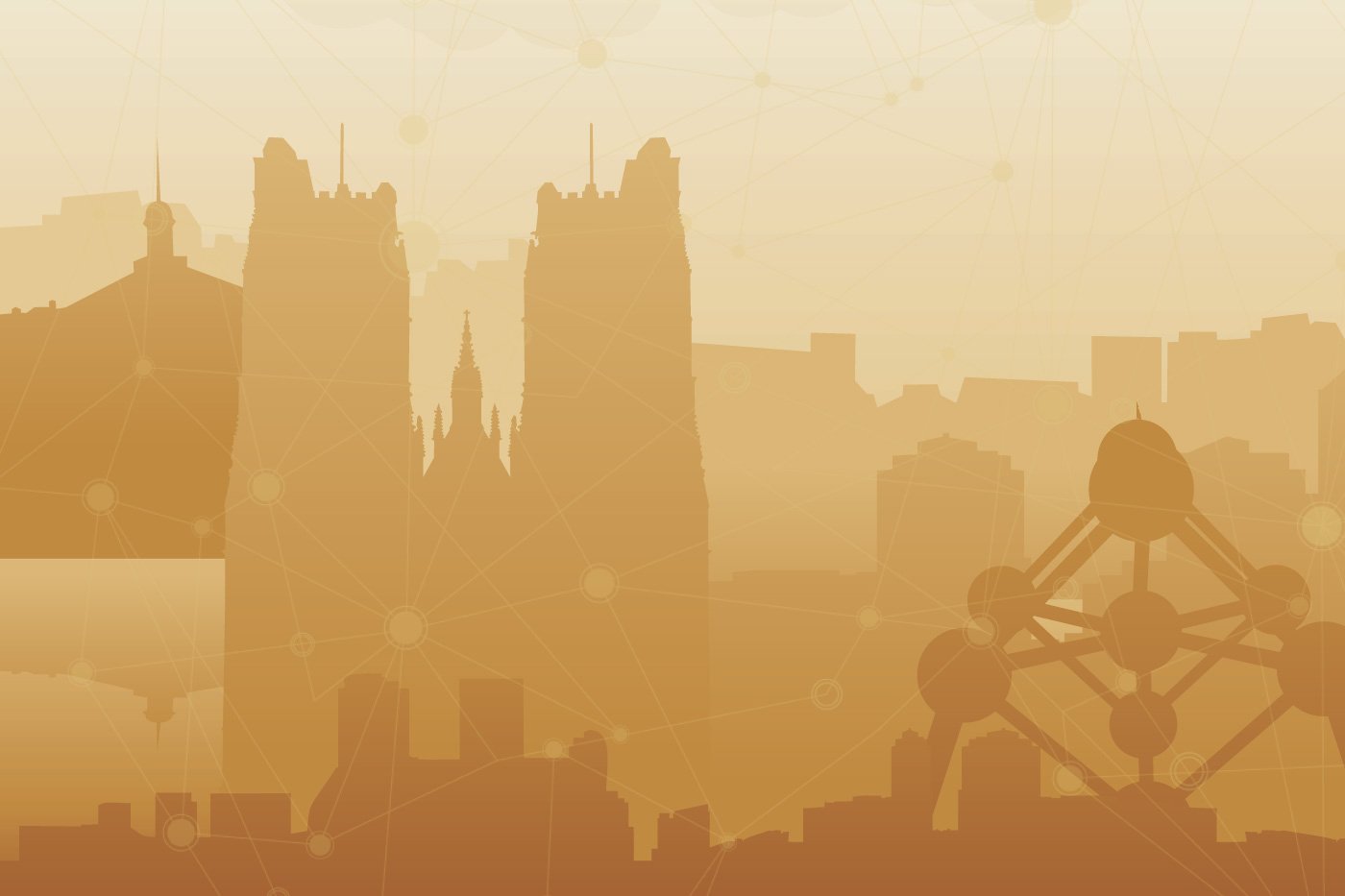 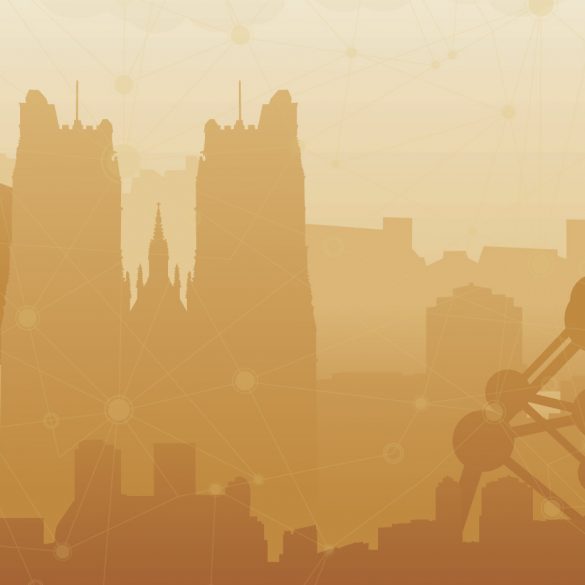 Kodak. Xerox. AOL. Blockbuster. The list of companies that were once synonyms for certain product categories that are now just shells of their former selves goes on and on. These companies prove that even the most extreme examples of competitive advantage and economies of scale eventually erode over time thanks to innovation. This idea, that capitalism inherently loosens industry incumbent’s stranglehold on markets, was first explored by Austrian economist Joseph Schumpeter. He used the term “creative destruction” borrowed from, of all people, Karl Marx. His 1942 book, Capitalism, Socialism and Democracy became incredibly influential in the economic community.

So many sectors of the economy have seen winners crowned and dethroned, over and over again, including energy, transportation, and media. One market that stands out for not having this kind of revolutionary change is the property industry. The permanence of land and the buildings on it has given the people and companies lucky enough to own it an advantage that has yet to be challenged. But this might be changing.

According to Dror Poleg, author of Rethinking Real Estate and Co-Chair of the Urban Land Institute’s Tech and Innovation Council in New York, “Over the next decade, much of the world’s investment in technology will go to the physical world for the simple reason that there is nowhere else to go.” He explained that a lot of “pure tech” plays have already been explored. So much of this tech, like machine learning, computer vision, and material science can be applied to the built world making it an obvious next step in the direction of technological development. It also is one of the largest asset classes in the world and arguably the one with the least amount of digitization. “Now, if you have hundreds of billions, you find that there are only so many industries that can take that amount of investment,” he said.

This will mean that will see much more innovation coming to the world’s properties, in turn creating more pressure from consumers to keep up with their expectations. “The change coming to the industry boils down to one word: choice,” Poleg said. “The prime example of this is WeWork. They have been a failure financially, but they gave consumers a new way to consume real estate and have pushed the industry forward in a way that will have a lasting impact.”

Many European cities were once the model for forward-thinking property development, but since its heyday at the turn of the 18th century, it has been fairly resistant to change. It’s lagged behind countries like America and China when it comes to supporting and integrating the technologies that are changing the property industry. One of the reasons for this, according to the chief economist for the European Commission Rudy Aernoudt is that it has not done as good of a job at funding technology. “We looked at the landscape in Europe and saw that early stage companies were able to find plenty of funding, but once companies started raising larger rounds, they often moved out of Europe to do so,” Aernoudt said. So, the European Commission has created a new program called ESCALAR to help bring more investment into technologies.

The initiative works by guaranteeing fifty percent of a qualified fund’s investment in tech companies, limiting downside risk. In return, they ask for a capped return on the appreciation of these companies, the rest of the return goes to the funds themselves. ESCALAR offers a return kicker for well-managed funds. The hope is that this will open up pension funds to venture investing by changing their risk profile. It also hopes to help retain many innovative companies started in Europe, spurring growth, creating jobs, and improving infrastructure. “Companies go where the money is, not the other way around,” Aernoudt said.

Incentivizing large funds to invest in tech is only part of what is needed to create a startup and scale-up ecosystem like we see in places like Silicon Valley or New York City. Another problem is one of mindset and exposure. Investors like pension funds have the opposite mentality of venture investors, opting for safety and slow growth over the possibility of finding the next unicorn. They also don’t always understand the regulatory hurdles and competitive landscape for technologies. To help funds educate themselves on the PropTech industry and to give them an avenue to lobby for more homogeneous regulation, the European Commission collaborates   with The PropTech House, the official European umbrella organization of PropTech industry associations in almost every European country.

Some of the biggest European property owners are already building innovation into their thinking about the future value of their properties. Kevin Cardona, chief innovation officer for the real estate arm of BNP Paribas said, “The market still thinks that value equals rent over yield. This valuation is not taking into account the goodwill or resiliency of the asset.” He is factoring these concepts into the way his company is investing in real estate going forward. “We believe that as resources become more scarce there will be a greater need to increase the utilization of buildings, whether it be opening up office amenities to the neighborhood or creating more workspaces in homes,” he said.

While European cities have not seen the same kind of redevelopment that cities in the U.S. or Asia have seen in the past few decades, Cardona gives Paris’s famous Hausman buildings as an example of resilient design. “The Haussmann buildings in Paris were designed long before anyone knew how we would work in today’s economy. They have gone from work/live spaces to residences, and are now going back to being a hybrid,” Cardona said.

Professor Aernoudt, Dror Poleg, and Kevin Cardona will be presenting a keynote address at an online PropTech conference held on July 1st and 2nd called Relevation. This unique digital fundraising summit for PropTech startups and scale-ups is a two-days online event that includes both educational panels and one on one networking. The hope is that bringing thought leaders, investors, and entrepreneurs together in an online platform will help the property industry support innovation and embrace new technologies. The European PropTech ecosystem represents over 2,900 startups and scale-ups, almost 700,000 full-time employees, and over €3 billion in investment in 2019 alone. But, the momentum in the sector is threatened by the economic slowdown from COVID-19. This is unfortunate since the new demands on our buildings will require the exact type of technology that is being developed by the PropTech industry.

Europe has some of the most educated populations and prosperous cities in the world. But, they have lagged behind the rest of the world when it comes to adapting cities to modern societies changing needs. What seems to have been missing is the creative destruction brought about by technology and innovation. Now, thanks to programs like Escalar, organizations like The PropTech House, and collaborative events like Relevation, we might see a new set of leaders in the property industry emerge from the content, challenging the properties and landlords that have, until now, been insulated from this type of creative distruction. 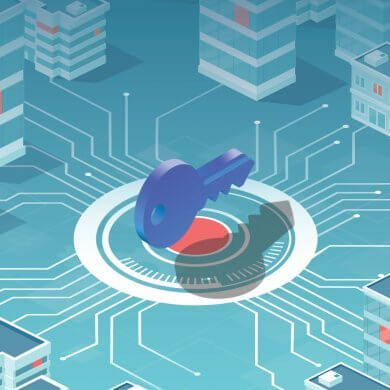