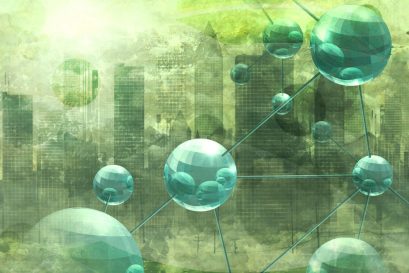 It’s About Progress, Not Perfection, in Real Estate Net-Zero Pledges

The concept of ‘cool roofs’ is nothing new. Buildings in ancient Greece and Rome used light-colored materials, especially white, to stay cool under the blazing Mediterranean sun. If you’ve traveled anywhere in the Mediterranean or the Middle East today, you’ve likely noticed a landscape dotted with buildings with light-colored roofs and walls. But it wasn’t until the 1980s that researchers in the U.S. began formally studying cool roof technology. Researchers at the Department of Energy (DOE) investigated the benefits of light-colored roof coatings for energy savings and reducing overall summer urban temperatures. The research by DOE National Laboratories in California and Tennessee confirmed energy savings, but it didn’t immediately lead to roofing designers switching to cool roofs and away from traditional dark-colored roofing systems.

Cool roof tech expanded in the early 2000s partly because of rolling blackouts in California. Cool roofs were installed throughout the Golden State as part of the solution to lower peak energy demand and electricity costs. The state changed its energy code to require cool roofs on all new or replacement low-sloped and steep-sloped roofs in several state climate zones. The benefits of cool roof tech for California’s hot and sunny climate zones are numerous: reduced building energy consumption, lower internal building temps in the summer, and mitigating the ‘heat island effect’ in dense urban areas.

Since the early 2000s, many people have been pushing for cool roofs in colder and more seasonal northern climates, as well. For instance, the Global Cool Cities Alliance claims that “almost all of the country can enjoy net energy and energy cost savings when a cool roof is installed, even in cool northern climates.” Kurt Shickman, executive director of the Global Cool Cities Alliance, wrote in a recent Roofing Magazine piece that sales of white membrane roofs are significantly outpacing dark-membrane roof sales nationwide, including in colder climates. Shickman also noted that about half of the nation’s largest 30 metropolitan areas have some type of cool roof policy in place including Philadelphia, Chicago, New York, and Washington, D.C.

The debate over the effectiveness of cool roofs in colder climates isn’t settled for everyone, though. Cool roofs have a highly reflective surface that wards off heat during hot months that can help buildings lower AC costs between seven and 15 percent, according to the Cool Roof Ratings Council. So, in a place like Phoenix, they make perfect sense. But what about during a cold Maine winter? The same reflective properties of cool roofs can keep them colder during the winter and increase heating costs, which the property and roofing industry refer to as the ‘winter heating penalty.’

In addition to increased heating costs in winter, Samir Ibrahim, director of design services for Carlisle Construction Materials, said that condensation can be a ‘potentially destructive’ unintended consequence of a cool roof in a colder climate. Reflective roof membranes can remain below the dew point for longer periods of time than dark membranes in colder months. Ibrahim says this can easily lead to condensation forming under the roof membrane and cause all sorts of costly headaches like mold growth.

Cool roof advocates say the winter heating penalty argument is exaggerated and the claims about increased condensation problems are unfounded. The bottom line for property owners is that cool roofs make a ton of sense if you’re situated in a hotter climate, and they may even be required by your state or local jurisdiction. But in cooler climates where there’s a potential for hot summers and cold winters, it’s wise to examine the benefits and drawbacks of a cool roof before installing one. The debate about cool roof effectiveness in cooler climate zones has dragged on for several years, and both sides bring up important points and counterpoints. If modifications are made to the design, cool roofs can perform well in colder climates and mitigate possible condensation issues. Be advised that not everyone in the property industry agrees cool roofing is a universal fix, regardless of a building’s climate zone.

The concept behind cool roofs is pretty basic. They’re designed to reflect more sunlight than a conventional dark-colored roof, thus absorbing less solar energy. A dark-colored roof can reach temperatures as high as 150 degrees Fahrenheit under a brutal afternoon summer sun, while cool roofs can stay more than 50 degrees cooler. This reduces the heat flow from the roof to inside the building so the HVAC unit doesn’t have to work as hard, thereby lowering energy consumption from air conditioning in the summertime.

The reduced energy consumption is a significant benefit, but so is mitigating the so-called heat island effect for buildings in dense urban areas. Structures such as buildings, roads, and other infrastructures absorb and re-emit the sun’s heat more than natural landscapes such as trees and bodies of water which creates ‘islands’ of higher temperatures. The EPA says this is becoming an increasingly worrisome problem in densely populated cities where daytime temperatures can be one to seven degrees higher than in outlying areas. The effects of urban heat islands are increased energy consumption, elevated emissions of greenhouse gases, and the exacerbation of deadly heatwaves. Cool roofs can be key in mitigating the heat island effect by lessening the demand for air conditioning and energy use, especially in sweltering cities like Phoenix.

As the average global temperatures increase, it makes sense that cool roofs could work in cities like Washington, D.C., where winters can be cold, but there can also be punishing heat waves. Washington, D.C. requires buildings to be LEED-certified, and under LEED Version 4.1, up to two points can be awarded for cool roof installation. But what about the so-called winter heating penalty in a city like D.C.? The theory goes that heating requirements are greater in cooler climates, so increased heating costs wipe out any energy savings from the summertime.

But is the winter heating penalty really that big of a deal? Maybe not. The Heat Island Group did a study where it modeled cool roof applications in cities nationwide, regardless of climate zones. They discovered that cool roof net energy savings would result in all the states they studied, even northern states like New Hampshire and Michigan. Except for extreme cold conditions, like in northern Alaska, the study found positive overall energy savings per square meter of conditioned roof area. There was some heating penalty in northern climates, but the effect was minimal and not much different than in states like California.

Cool roof naysayers have also noted the possibility of condensation problems in colder climates. When the temperature falls, warm air inside a building rises to the roof and can form condensation when contacting a surface below the dew point, Ibrahim writes in Professional Roofing. If this warm, humid air infiltrates the roof system, the condensed moisture will change to frost and ice in below-freezing temperatures. If there’s a high level of humidity in the building and a significant temperature difference between inside and outside, this increases the chances of condensation in the roofing system. Ibrahim and others argue this is a concern for cool roofs in colder climates because the roof surface will stay much cooler than a darker surface in the winter months.

Condensation in a roofing system is a potentially destructive problem that can cause mold growth and, in severe cases, deteriorate a roof enough that the whole system needs to be replaced, according to Ibrahim. But even in this case, cool roof advocates say the dangers are overblown. Shickman says moisture can build up in roofs during cool periods regardless of a roof’s color. In “Guidelines for Selecting Cool Roofs,” Shickman notes that the DOE addresses the potential for condensation in cold climates by saying, “While this issue has been observed in both cool and dark roofs in cold climates, the authors are not aware of any data that clearly demonstrates a higher occurrence in cool roofs.”

Even if a cool roof contributes to condensation issues, many roofing experts say there are several ways to remedy the situation. The most effective measure is to add insulation above the roof deck, writes Phil Dregger, a registered roof consultant. Ibrahim also advises installing a continuous air or vapor retarder that’ll prevent humid and moisture-laden air from reaching the roof system. So, condensation problems for cool roofs in colder climates aren’t guaranteed and, even if they happen, there are ways to fix and prevent the issues. Even the naysayer Ibrahim admits reflective roofs can work well in cold climates if “certain design modifications are made.”

The benefits of cool roofs are hard to deny, especially in hot climates. Reflective roofs can help a building realize significant energy savings and, with an increased focus on fighting climate change, cool roofs can also be a big eco-friendly choice as they mitigate urban heat islands and reduce energy demand. Cool roof effectiveness in colder climates is still debated by some, but advocates have shot down their arguments saying the winter heating penalty is minimal and condensation concerns are a bit exaggerated. If you’re in a colder climate and considering a cool roof, it’s wise to do the research and sort through this debate. Despite what you may assume, a cool roof may still be a good investment even in a northern city with harsh winters.