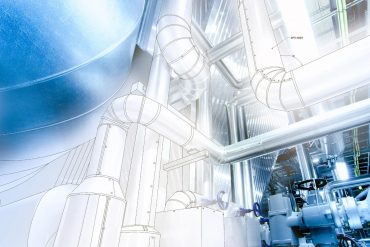 Movie theaters don’t really smell like popcorn. The new car smell in the dealership isn’t real. The bathroom at the office wasn’t just cleaned. Each space is being made to smell that away with commercial scent systems. Hotels, offices, retail, and multifamily properties have manipulated the very air we breathe to create a sense of place for years. While our perception of smell is one of the most powerful senses, it’s also our least understood. Digital olfaction is doing for your nose what cameras did for our eyes, using code to replicate scents, ushering in a new paradigm of scent control and replication that could soon be a pillar of PropTech.

Scent can impact us in ways we don’t yet understand. Research from the Scent Marketing Institute shows the smell of fresh baked goods can make someone more likely to purchase a home. Hints of apple and cucumber can make some feel like a room is larger than it really is, smoke makes the space seem smaller. The smell of peppermint can keep people awake, lavender has been shown to help with sleep. In practically every industry scent is used as a way to differentiate products, spaces, and locations. The global fragrance industry in all its forms is worth an estimated $71 billion. The problem is the collective scientific understanding of our sense of smell is only just beginning.

The science behind sight, taste, touch, and sound are lightyears beyond smell. Most cameras work better than human eyes, able to see spectrums of light invisible to us. Audio systems can hear wavelengths our ears can’t. Robots can now use an artificial sense of touch to carefully peel a grape. Some artificial flavorings are tastier than the real thing. Similar efforts to capture olfactory sensory experiences have fallen short because the physics behind how our brains smell isn’t as straightforward as other senses. Sight is photons, sound is compressed air. Scent is something else entirely. Roughly 400 receptor types can recognize millions of scents, combining them to create an overall smell. Christmas morning smells like a fir tree, brewing coffee, burning logs, wrapping paper, and baking cinnamon rolls all at once. Artificial smelling devices may be able to recognize a few scents, but combining them and finding connections between them like our brains do has proved difficult. Scientists can’t agree on how exactly scent is processed in our brains.

A new crop of startups pursuing digital olfaction are taking odor detection and replication to the next level by designing devices that use the same processes at the nose itself. Koniku, a biotech firm specializing in neurotechnology, has designed a small purple bubble-like device that uses living cells to detect scents. About the size of a flowerhead, the living cells are suspended inside a solution that mimics the layer of the membrane in our nasal cavity known as mucosa. Aryballe’s device uses peptides grafted onto silicon wafers that react to the presence of certain odors. Both devices record which reactions are triggered in what order to interpret the smell.

“What the camera did for vision, we’re now doing for smell,” Koniku founder Osh Agabi told Bloomberg Businessweek. Commercial building applications are already beginning. Koniku inked a deal with adult beverage giant AB InBev to use the Konikore device to measure aromatic notes of the brewer’s product. A partnership with Airbus is bringing the device to airports to help with explosive device detection. Thermo Fisher Scientific Inc. is working with Koniku to develop a method for detecting traces of cannabis smoke during traffic stops.

It isn’t just digital detection. Digital transmission and replication of scents are also advancing. Scientists are working to codify certain smells to be able to send them across electronics for efficient replication. Replicating scents is difficult because no one has mastered a delivery method. Smells commingle, gaseous and liquid odorants often contaminate each other, and it’s hard to control for the environment that already naturally contains its own odors. At best, scent replication for commercial use relies on overpowering most other smells to create one signature scent, like popcorn, baking cookies, or a freshly cleaned restroom.

“Scent isn’t like color, where we can do the RGB or CMYK color models and replicate whatever we want,” Founder of the non-profit Institute for Art and Olfaction Saskia Wilson-Brown told the BBC. “Every smell has its own components.”

Historical efforts to replicate smells on demand go back thousands of years. Ancient Greeks devised a method using doves doused in fragranced oils to spread pleasant scents during a festival as they flap their wings. Incense and censers have been used in churches for religious ceremonies for centuries. Having something or someplace always have a particular scent is about the extent of the industry. Scent on-demand has proved an elusive goal. Scenovision was debuted at the 1939 World’s Fair, using pipes attached to the theater-goers chairs that released certain smells in sync with images on the screen. The technology and films utilizing it were commercial flops. Like the odor detection industry, the replication industry has been failing to achieve bold claims for decades. All that may be finally changing.

To get around delivery problems with gas and liquid scents, products like The Aroma Shooter use solid-state fragrance material that can rapidly deploy various scents without unintentional mixing. Scent Machina uses a smartphone app connected to a diffuser, allowing users to choose between four types of scents on-demand. The gaming industry is working to add olfactory experiences to the world of virtual reality, developing necklaces worn by users that release target scents during simulations.

So where does that leave odor detection and replication in the commercial property sector? It’s important to remember one of the most important and earliest forms of PropTech relies on odor detection; smoke detectors. What if our buildings could detect more than just smoke or recreate a specific scent on-demand?

Practical applications for odor detection in buildings are numerous. Devices could be installed in restrooms, kitchens, and storage areas to automatically notify property staff when something needs to be cleaned or thrown out. The technology can be used in mechanical rooms to detect burnt fuses, fired wiring, leaks, and the build-up of gasses. With further development, digital olfaction could also be used to screen the health of visitors.

Digital olfaction that creates scents on-demand that can go beyond using a pleasant scent for marketing or the illusion of cleanliness. Scents like lavender and orange can help calm nerves, useful in high-stress office settings. Devices could soon enable each employee to tailor their office to their own scent. Instead of aerosol sprays, new technology is enabling scents to also be less irritating in public settings. Some individuals are highly sensitive to smells, digital odor detection and scent replication can help identify and neutralize some of the smells in the office that cause disputes.

Digital olfaction has the potential to revolutionize the most ubiquitous form of technology we have in our buildings: smoke detectors. With digital olfaction, smoke detectors can detect far more dangerous pollutants and problems than smoke while also detecting smoke itself better. Today’s smoke detectors either rely on ionization or photoelectric detection, each works differently and detects some smoke better than others, creating considerable differences in response times. Neither alarm is better than the other, according to the U.S. Fire Administration, but the agency does recommend dual sensor smoke detectors. While it’s unlikely digital olfaction devices will replace low-cost smoke detectors, the technology will undoubtedly make them better. Better sensing will prevent false alarms from overcooked food or steam and improve early detection of real threats.

Money is pouring into digital olfaction by the tens of millions. Aryballe has attracted investment and partnerships from billion-dollar corporations like Hyundai, Samsung, and International Flavors & Fragrances. Aromyx has raised nearly $19 million since 2015. The global electronic nose market is expected to grow from $17.8 million to $34.8 million, nearly a 200 percent increase over the next 5 years, according to Mordor Intelligence. Hampering that growth is established methods. Most odor detection is only designed to identify a few critical scents, a full digital nose isn’t required. Scent delivery itself is a crowded market for both commercial and consumer applications, using diffusers, sprays, candles, and central systems. In some places and for certain cultures we simply don’t want any smell, no matter how pleasant. Using digital olfaction to compete against other methods of detection and replication will require further development and productization but the potential is there. Smell may be the black sheep of our sense family scientifically but its importance is beyond dispute.

Commercial applications for artificial sight and sound detection and replication were hard to imagine for the pioneers that first developed those technologies too but now it’s hard to imagine life without them. Cameras are expensive too, but the insight they give property owners into what’s happening in spaces is invaluable. Today’s buildings are full of them, but they had to be invented first before commercial applications became apparent. Digital olfaction that creates a camera for smell has some of the same potentials. Air quality monitoring has grown by leaps and bounds amid a pandemic of an airborne virus. Monitoring the scent of a space may be more important to some than the quality of the air because of how strongly smell is attached to memory and perception. It’s time for the property sector to wake up and smell the opportunity.