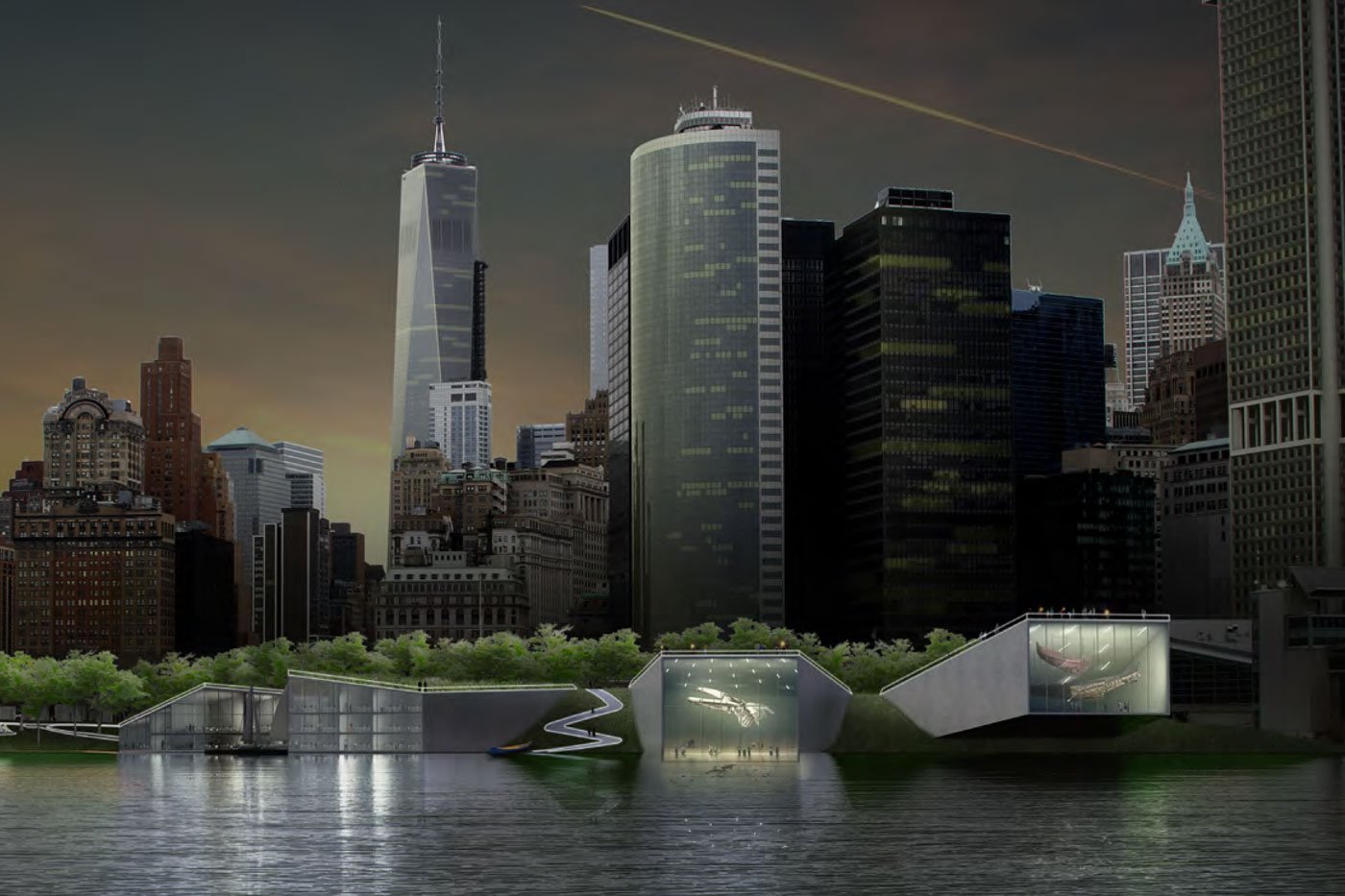 In an era of proliferating “star-chitects,” Bjarke Ingels with his architectural firm BIG stands out as one of the A-list of built world celebrities. His company’s large-scale public works projects like the Amager Bakke, a power plant turned ski hill and visionary buildings like the 8 House, a mixed use project that was the largest private project ever built in Denmark have set him apart as one of the most celebrated architects of our time. He has been featured on the popular documentary series Abstract and was named WeWork’s Chief Architect last year.

As beautiful as most of BIG’s projects are, the company’s vision is much bigger than just good looking buildings and useful spaces. As last month marked the seventh anniversary of SuperStorm Sandy, part of BIG’s work in the public sector involves addressing the sustainability of coastal cities in the face of a dramatic increase in coastline building at a time when an even more stark rise in ocean levels poses an existential threat to humans, especially those that live at the sea’s edge. One of BIG’s experts in sustainable solutions is Jeremy Alain Siegel, an Associate at BIG who is in the leadership role of coastline design projects such as “The BIG U” in Manhattan. The New York native moved with his family to Los Angeles at age six, came back east to get his degree in Architecture from Cornell University and has been a decade-long resident of Brooklyn.

Siegel joined BIG right out of college. “The BIG U was one of the first projects I took on in a leadership role and it just kind of took off,” he said recently in conversation with Propmodo following his keynote address at the CREATE + CONSTRUCT conference in Manhattan, sponsored by engineering consultant firm Simpson Gumpertz & Heger. “Since then, I have been working on resiliency projects and other [large] scale efforts.”

BIG is using technology, some of which can be characterized as PropTech, to aid in its design and architectural work. In fact, says Siegel, BIG considers itself a technology company. For instance, BIG has been exploring the efficiencies provided by 3-D printing. “We used to make models out of foam,” said Siegel. “It takes a lot of manpower. We recently set up a farm of ten 3-D printers and basically you do your studies in the computer. Rather than spending three days building models, you set it up overnight. When you come back in the morning you have 30 models.

“We’re also curious about the potential of AI to help with our process. The director calls it ‘AI-chitecture.’ The idea is that certain processes could be automated eventually: the generation of floor plans, or the populating of floor plans, or parking, for example, research at the beginning. You could click a button and have a hundred-page compendium of all the information about climate history about a particular site.”

The BIG U plan was conceived and approved in response to Rebuild by Design, a Hurricane Sandy Rebuilding Task Force and HUD initiative aimed at addressing structural and environmental vulnerabilities along the Manhattan East River coastline from 40th Street and sweeping around the Financial District, The Battery and up to West 54th Street on the Hudson River, a 10-mile stretch, much of which was devastated by the 2012 super storm.

As seen with Sandy, it is along such a stretch of real estate that landscape design, environmental impacts and the built world converge in a particular and potentially catastrophic manner without preventative planning. “Hurricane Sandy and everything south of 34th street is a great example of how a power plant is impacted by the environment that is threatening it,” said Siegel.

The costs and political complexity of coming to a consensus on how and what to build to mitigate such disasters present a daunting challenge in and of themselves. How did BIG get buy-in for its plan from the numerous and diverse stakeholders in the Manhattan project? “First, we don’t think of it as buy-in, we think of it as collaboration,” said Siegel. “It’s actually a really necessary design input for us. Even in New York City, when you’re thinking of how to reprogram 70 acres of park, the people who live there know what they need more than you do. Public projects have so many users that it’s important to reach as many of them as you can.

“The thing that has been really successful about how we do community engagement is that it is pretty indistinct from our design process. We bring our design process out to the community. When we get feedback we respond to it. We try to be very transparent and open about things. If there is a negative element and a trade-off we just try to be upfront about it.”

Talking specifically about the cost of replacing or rehabilitating infrastructure, Siegel gave as an example another BIG project bid in New York City, the rehabilitation of the crumbling section of the Brooklyn-Queens-Expressway (BQE) that runs through Brooklyn Heights. “I guess the thing is that at its base, infrastructure is expensive. The DOT [NYC Department of Transportation] proposal for the BQE that preceded ours was a $4 billion project. Ours actually came in cheaper, depending on how you do it, ten to thirty percent.”

One way to reduce or make such costs more palatable for government and community alike is repurposing a project to do more than one task, such as gradually converting the rehab of the BQE into an additional parks space, enhancing use and value for the community and city. “You try to find a way to generate value with those projects above and beyond the resiliency benefits and accommodating growth is a great way to do that. When you layer those investments in you can find funding from other sources,” said Siegel. “So a highway project also becomes a parks project, also an economic development project, also a drainage project. So I would say it’s not about making things more expensive, it’s about making things more useful.

“It’s also a way of to build constituencies for projects, because there’s not much of a constituency for a highway that’s going to tear the community apart for 10 years, but there is when you start to layer these things into it. It’s a way of making projects more sustainable on the whole.”

Getting back to whether cities as a general proposition should continue to build near the coastline, how does mankind deal with building closer and more densely to the waterfront in an era of rising sea levels?

Siegel admits that it is a “tricky question for cities. The coastline is where you can grow densely. On the flip side, you’re exposed to certain risks. However, Battery Park City was built seven feet higher than anything around it, so although it lost power, it sustained Sandy better. It had its own distributed energy system, not the same as the Financial District. So it is possible to design coastal neighborhoods so they can withstand the kind of event that happened. They just have to be designed to do it. Cities today already deal with different kinds of events.”

But even with all of the innovations that humans are producing to deal with the impending effects of a changing climate, we might not be able to do enough. Even those areas that we designate as worth saving at all costs might demand too many resources to save. Siegel concluded with a bit of an ominous possibility: “Lower Manhattan is one of the few really clear examples in the world of a place in the world you can’t retreat from. At least for the next fifty years you’re really going to protect it. It might be that in one hundred years it’s a lot worse than we thought and we have to start migrating.”