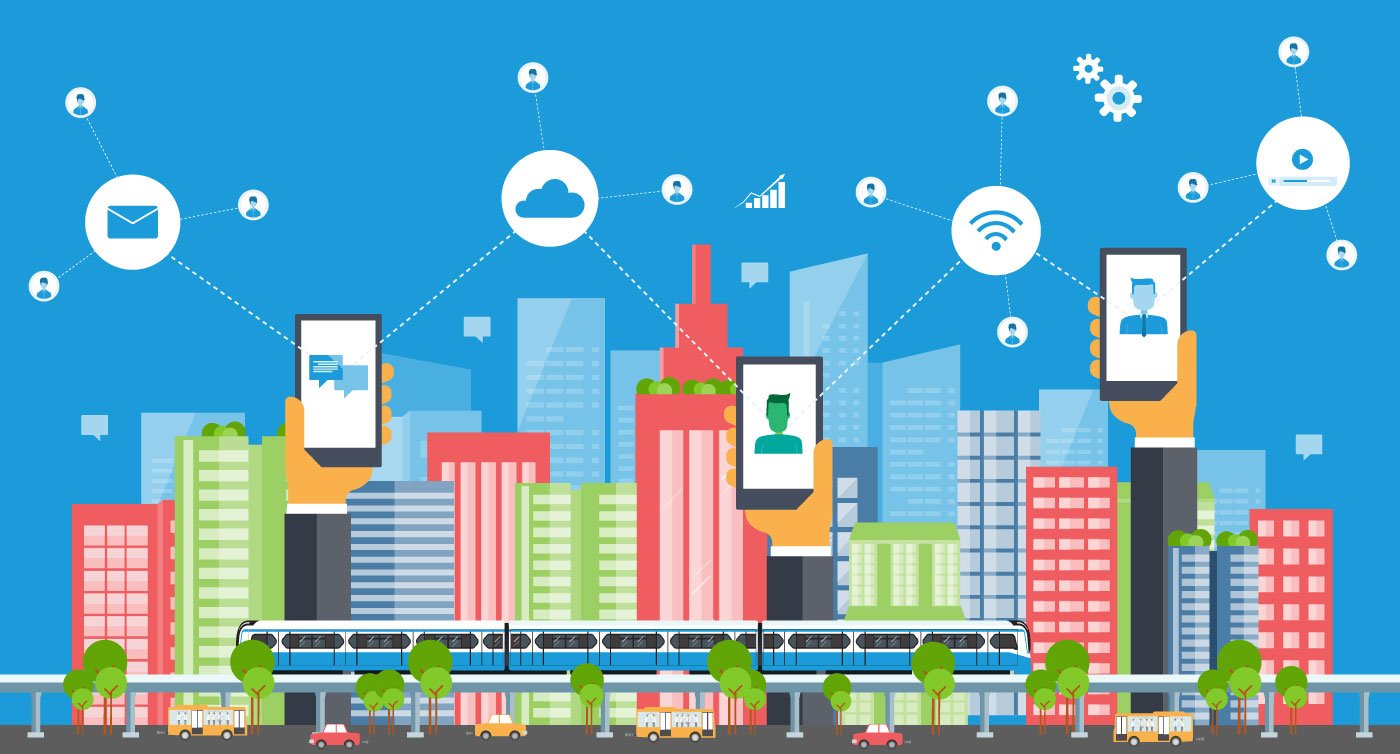 Our urban world has rankings for almost everything. Have you left school and want to know which city to live or study in? Nestpick has you covered, especially if you’re keen on cities in North America and Europe. Or there is QS which provides data on the best cities for students based on university rankings, affordability, diversity, job opportunism and vibe. Prefer travel as your form of education? Lonely Planet’s curated top cities lists, Euromonitor’s index of international arrivals or MasterCard’s by nights and travel spend could unlock unexpected travel choices. Just be sure not to forget your visa. For those donning suits instead of shorts, countless innovation and business rankings can help identify a sweet spot for where to invest.

These helpful benchmarking reports tend to capture a range of “expert” metrics as the primary source of a city’s brand performance and appeal. Yet, every time you or I take a photo of a new piece of real estate or share our experience of walking down a street, we become co-producers of a place’s wider story.

Could these conversations happening across social media and online news provide early signs of the rapid change that is happening in cities across the world? We don’t really know. There is little comparative research into the impact digital messaging is having on cities as brands. Responding to this, our ongoing Global Cities Digital Visibility Series at ING Media has ordered the world’s top cities, based on global city indices, by their share of the online conversation. The USA is home to more talked about cities (based on their digital visibility) than any other country. During the same period, it also attracted more foreign direct investment than any other country. This is likely not a coincidence. It seems that conversations matter, but establishing exactly how may take time.

The recently published The USA’s Most Talked About Cities ranks the US’s Top 40 cities by their share of the online conversation. As with the earlier European version, there is a strong correlation between city rankings and total online mentions, with over half the cities in each achieving the same result for both, suggesting online conversations impact on place branding.

However, a handful of cities punch above their weight by capturing a far greater share of the conversation. These are of particular interest because they can provide the strongest indication that there may be activity in a city that hasn’t been picked up in global rankings (and likely traditional news) yet. From a real estate investment point of view these cities may have discount or early-mover advantages.

But what does this mean for the US cities? For the cities themselves, this presents an opportunity to climb the rankings by consistently improving the quality and impact of the conversations about them. None of these cities perform strongly for traditional news coverage, but benefit from huge amounts of user-generated content. Las Vegas is third overall on forums and Tampa is 12th on Facebook. More strategically capturing these conversations may have significant impact on real estate opportunities.

The most interesting city in this grouping is Memphis. we also segmented for conversation topic shares, looking at the breakdown for culture, technology, business, liveability and talent. Memphis has of the highest concentration of conversations around talent, but with relatively lower business and technology shares. Cities with higher business category shares tend to have higher talent shares too, suggesting Memphis’s recovery from the 2008 financial crisis may be ongoing. The US sample data also highlights a key aspect of its high worker productivity: the USA’s relatively high internal labour mobility may make the business/talent pairing less important than in other parts of the world. The flexibility talent has to move to opportunities is supported by the relative ease of buying and selling property, but an aging society and possible future economic downturns may undermine this advantage. In the future, US cities may need to work far harder to attract talent, which means investing heavily in education to generate more homegrown talent or developing the most favorable built environment for attracting it. The latter includes developing a strategic city narrative.

Columbus’s high liveability conversation share, for example, could be leveraged to reposition the city’s offering, while Las Vegas’ higher share of technology conversations could more strategically signal that the economy is further diversifying from entertainment and hospitality to attract a wider range of talent.

In the European sample, which came out in March, we’re able to get a better sense of what these early signals could mean. Lyon’s online visibility ranking is 23 places higher than its city ranking, the biggest jump for either a European or US city. The city has subsequently been recognized (alongside Helsinki) as the European Capital of Smart Tourism.

Technology dominated what people were talking about, with 38% of the conversations referencing Lyon also mentioning tech. This suggests that the French government’s long-term strategy to promote Métropoles French Tech may be paying off. Yet, governments around the world make use of industrial strategies to strategically promote areas for economic growth; these seldom lead to such a clear change in a place’s brand. Conversations may be a helpful tool in identifying where strategic leadership is impacting change.

Now More Than Ever, Real Estate Brokers Need to Focus on Digital Outreach

Cities that haven’t consolidated their strong global ranking into digital visibility may find their positions challenged in the future. Cites like Austin and Phoenix, for example, are far more recognizable in an English language-media context than in others, limiting their global digital visibility. The relative translatability of a city’s brand across a range of global markets may have significant impact on its long-term investment potential. This is particularly relevant for targeting new growth markets.

Digital visibility data includes mentions in English, Chinese, Spanish, Arabic, Portuguese, Japanese, Russian, German, French, Malaysian, Indonesian, and the city’s local language; with a control to ensure the local language didn’t make up all of the mentions. Cities were more likely to record negative sentiment in Arabic mentions. Importantly, this was across the entire world and including cities in the Middle East – and not just for American cities. Generating strategic content in Arabic could, therefore, be a key differentiator for some cities.

Except for Honolulu and Orlando, which perform strongly on Instagram, all these cities (Phoenix, Austin, Minneapolis, and Washington, D.C.) have greater online news visibility, but comparatively lower mentions on social media relative to their peers. Extending these conversations onto social media could create powerful new opportunities for place branding that links digital visibility into a wider communication strategy. Real estate, old and new, could play an important in providing a backdrop for sharing positive city experiences.

Importantly, digital visibility at that scale only investigates whether a conversation is taking place on a particular city and, if so, what are these conversations about. It is still difficult to use sentiment analysis on a truly global sample of languages. Sentiment scores were actually remarkably similar across the global sample, even for cities facing significant challenges. Some of Washington, D.C.’s conversation share around liveability, for example, may capture affordability, a topic of almost universal attention across cities in the developed world. What is important for real estate investment and those promoting the city is that there is an audience with their attention focused and interested around the topic of liveability. Positive developments in this area of conversation could have significant impact on the city’s overall brand.

At this stage, it is also a challenge to build a truly global picture of global visibility. There are over 50 countries with major cities that aren’t represented in the world’s most talked about cities. This makes the USA’s dominance of digital visibility even the more apparent. China’s rise is clear in having the second most talked about cities globally, despite the inability to fully capture the conversations taking place in China. However, cities from the USA and China underperform in one key area: the global share of conversation per city. In this metric, the USA is 11th globally, followed by China at 31st. Japan’s share per city is four times greater than the US’s, while the UK and France, countries with a high number of cities represented in the ranking, come in at 8th and 9th. Tokyo also has higher digital visibility than New York City. Expect cities not consolidating their leads to be challenged as more and more cities find their digital voice. 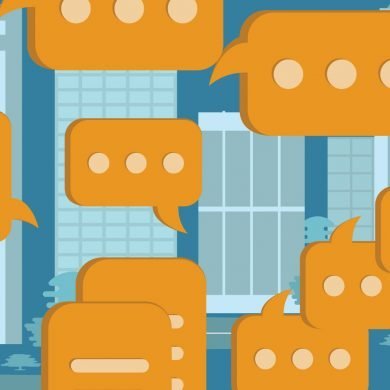