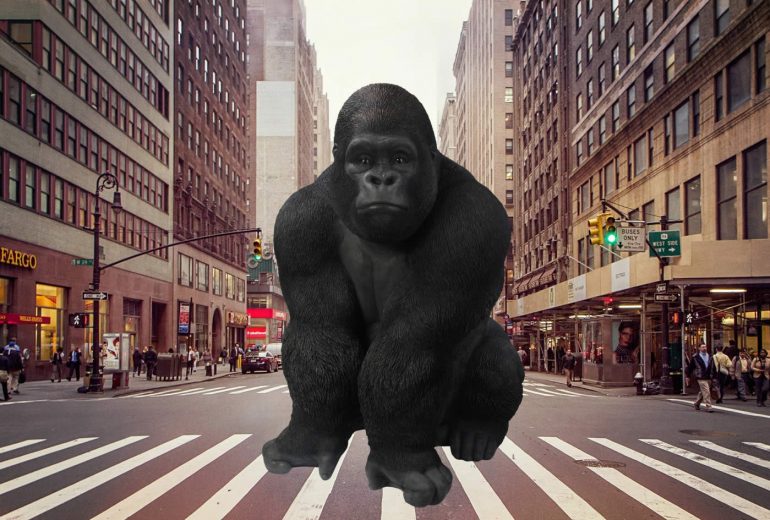 I constantly hear, and occasionally make, comparisons between commercial and residential real estate tech. CRE has been called a “dinosaur” and “change averse” when contrasted to the quickly evolving landscape on the residential side. Residential buyers and sellers are bombarded with a myriad of options that they never had before. Multiple listing services (MLSs), once the realm of only licenced area brokers, are now being opened up to the masses through syndicated services like Redfin and Zillow. All the while the commercial real estate marketplace is still hidden away from the end consumer. Only through licensed brokers with access to expensive services can a client find eligible listings. Why hasn’t CRE data been made as widely public as it’s residential counterpart? It is not lack of technological adoption or complacently that has kept CRE data under lock and key, it is the vastly different nature of the two landscapes.

There are a few factors that make residential unique. One is that housing sales data is registered with the state and becomes public knowledge. Lease terms, on the other hand, don’t get reported and are a coveted piece of any broker’s insider information. Another is that residential real estate has a series of agreements set up between brokers, what we all refer to as the MLS.

Multiple listing services for residential housing were started at the turn of the century. At the time it consisted of a group of brokers that would gather to work out what they called “unilateral offer of compensation”. Basically, “You help me sell my listings and I promise to share my commission.” At the time, in which no good means for mass communication existed, it was a way to increase efficiency through organization. Buyers wanted access to more listing and sellers wanted more exposure, so it seemed like a win-win.

The thing is, every metropolitan area created its own MLS. So, even though some reciprocity agreements existed, generally agents would have to pay to be part of every city’s MLS that they did business with. Lack of unity created a fractured marketplace that increasingly was not able to meet the needs of underrepresented consumers.

Fast forward to the digital age. We have all become accustomed to transparency and free access to data. A growing number of buyers expect to be able to search the marketplace. Sellers increasingly demand more options to sell their homes without paying a broker’s commission.

Associations like National Association of Realtors did little to nothing to address these growing demands and eventually 3rd parties started designing consumer enabling technology. Companies like Zillow and Redfin poured money into user facing websites that allowed access to market data nationwide. Once they established a strong user base they leaned on brokers and MLSs to syndicate their data with them as a benefit to their clients. Even now, as listing services across the country are pushing back against these syndication agreements, brokers are increasingly posting their listing data to these sites. A recent study shows that brokers voluntarily syndicate their listing as a way to take advantage of cost free marketing and to appease the home owners. In the end, the homeowner and buyer write the checks and as we all know, “He who writes the checks writes the rules.”

CoStar and an area MLS, while fulfilling the same role in the industry, have little in common.

Commercial real estate does not have MLSs, or really any similar organizations. Instead, there is one company that has been the main – and really only – stop for comprehensive listing data, The CoStar Group. Started in 1987, CoStar Group has grown into the 800 pound gorilla of the commercial real estate industry. They were one of the first to market with online services for brokers including comprehensive listing data. As I write this their market cap is nearly $6 billion. They also own apartments.com, Loopnet.com and appartmentfinder.com.

With a team of over 1,600 researchers CoStar curates a huge database of building data. Building owners and brokers pay to be able to list and search on their listing platform. Over 130 field vehicles are constantly driving around taking pictures of listed properties (this is an important fact that will be talked about later). They are one of the biggest tech companies in commercial real estate and, as they open a new 100,000 square foot monster office in Richmond, Virginia, they seem to be here to stay.

CoStar and an area MLS, while fulfilling the same role in the industry, have little in common. The MLS is a cooperative agreement between area brokers with only limited power over its members. CoStar, on the other hand, is a corporation and has the power to restrict its users from redistributing its data through its licensing contracts. In its user agreement they define the “Product” as any data or content on the site. When you sign their license agreement you “acknowledge that CoStar and its licensors have and shall retain exclusive ownership of all proprietary rights in or to the Product.” This means that once listings are uploaded to CoStar, they can restrict you from publishing it anywhere else.

Recently, CoStar has filed a number of lawsuits against its own users for syndicating data to other mediums. They filed a copyright infringement suit against a group of  “John Does” for allegedly inputting CoStar’s data into a competing commercial real estate data aggregator known as CompStak. Although CoStar lacked any direct evidence to that effect, it alleged that it had “seeded” its own listings, in other words, purposefully made minor alterations to data – in this case, square footage information – to track the data’s unlawful distribution. CoStar then hired a private investigator to track these seeded square footage listings to CompStak’s database. Because seeded square footage data came up on CompStak’s database, CoStar made a leap of logic to allege that copyright protected photos were also likely published on CompStak’s site, a questionable assertion given CompStak’s statement that its site lacks any photos whatsoever. Additionally, while CoStar could not claim a copyright to the square footage data alone, it tried to argue that sharing that information violated its express user contract terms.

While this litigation never proceeded to the merits (that means “went to court” in legalese), the District Court granted CoStar’s request for discovery, resulting in  a subpoena ordering CompStak to provide identifying information for four of its users. After approaching the defendants to “discuss”, CoStar voluntarily dismissed its complaint without explanation.

Another target for CoStar’s litigation was RealMasive, a free online commercial property listing site and direct CoStar competitor. Once again, CoStar claimed that they found proprietary photos on RealMassive’s database. Again, we see the importance of CoStar taking its own photos and not using user generated ones. Craig Hancock, CEO of RealMassive, said in a statement, “We are glad to have this lawsuit resolved. CoStar’s claim that we deliberately added its photos to our database was false. Our firm went to great lengths and expense to avoid acquiring CoStar’s images, but apparently a few images slipped through the cracks early on.” The case was settled for $1 million in which CoStar agreed to mark its photographs with visible copyright notices or watermarks. In addition, before filing any future lawsuit, CoStar will give RealMassive (and presumably other organizations as well) written notice of any grievance it may have, and give RealMassive time to remedy any alleged errors instead of immediately filing a suit, which until then seemed to be its modus operandi.

No one will argue with that CoStar has cornered the data market in commercial real estate but its recent efforts show its understanding of its vulnerability to disruption as new technology comes out and data starts becoming more open. What is troubling to me is that there is a possibility that CoStar could extend the same copyright claims that it did for its photos to any and all data uploaded on its site. While this would be a lot harder to argue in court, and probably the reason that CoStar has only targeted the photos as intellectual property, it is specified in the terms that they could exert their right of ownership over all info that they publish. This, to me, would be as if Microsoft wouldn’t let you export your Excel spreadsheet because they now can lay claim to your info as their own.

Perhaps because of CoStar’s previous proclivity to file lawsuits, it’s difficult to get executives at commercial real estate firms to discuss their negative experiences. Off the record, some executives have shared with me their frustration with inaccurate data and poor photography. In addition, the fees that CoStar charges can quickly add up to six figures for a very large real estate firm with hundreds of listings. The irony is that CoStar uses these listings as inventory but the more listings a firm shares, the larger their subscription fee grows. Also, if a real estate company wants to sever the relationship and remove their listings from CoStar’s database, it’s not clear that is even possible given CoStar’s “ownership” of the data.

CoStar was initially interested in this article, but ultimately did not respond to a request for comment. They have an article on their website about data theft, which I agree is a major issue for any modern tech company. Having been on the top of the real estate technology world for so long, it is in CoStar’s best interest to protect their information. But, they need to be cognizant of the nature of their relationship with the industry in order to keep their dominance. What happens if property owners start putting pressure on them to allow their buildings data to spread as far as possible? After all, they are paying CoStar with not just money, but also data, which CoStar then resells to brokers, investors and developers. If major property ownership groups stop using the service, it would reduce the value of CoStar’s offering to the professional community. The networking effect that helped establish CoStar as the industry standard could easily accelerate attrition if the industry starts using other options. As H.G. Wells stated in his final book, The Mind at the End of its Tether, “Adapt or perish, now as ever, is Nature’s inexorable imperative.”
[alert type=white ]Did you enjoy this free preview of our Insider’s only content? Insider is your all-access pass to propmodo.com’s premium content and events.
Sign up for a free trial now.[/alert]