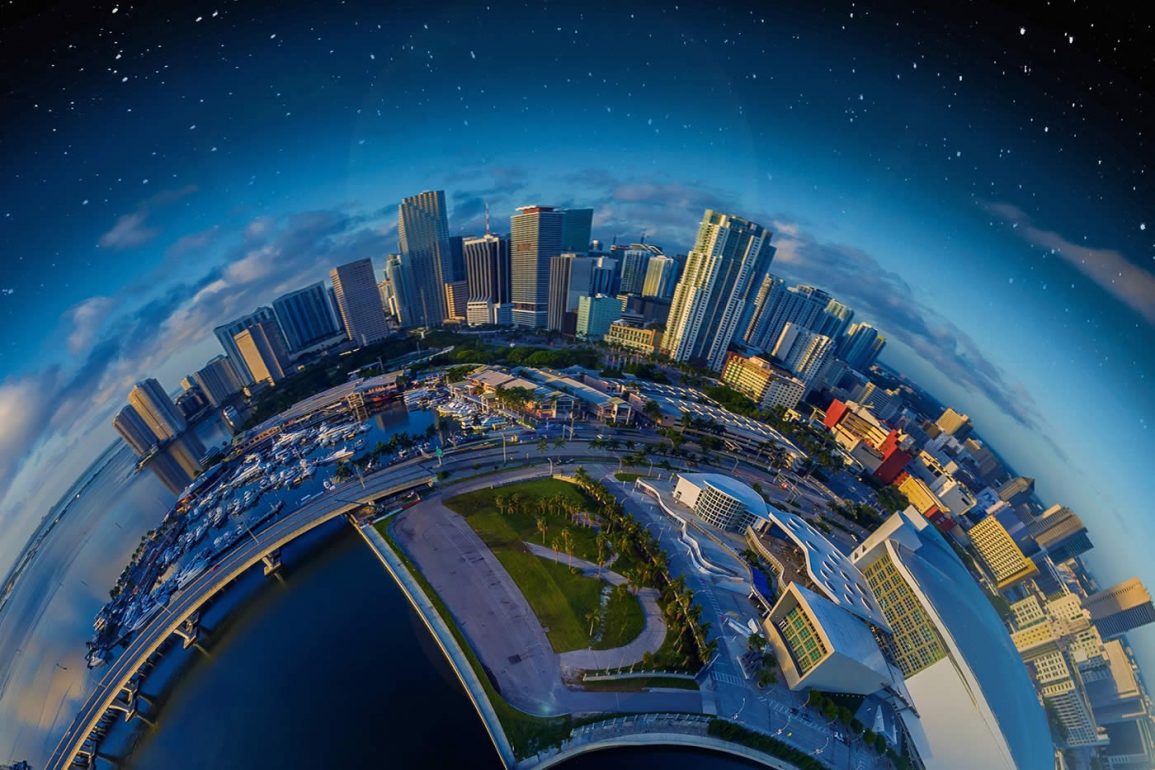 I was attending a recent meeting of The South Florida Office Brokers Association – and the Mayor of Fort Lauderdale happened to ask how many of us first came to Florida as tourists. A majority of the hands in the room went up. Miami-Dade county had nearly 16 million visitors between September 2016 and August 2017, according to the Miami Herald – and the city is the world’s top cruise port, with Fort Lauderdale’s Port Everglades coming in hot at number three.

At the same time, I often hear from possible tenants – mostly small business owners – where should we find our next office space?  And I think about what areas of South Florida (or alternatively Miami and South Florida) are growing — Boca Raton, Wynwood, Doral and Brickell, specifically – and I immediately offer those as solutions. But then, if I was given the time, I’d share a brief overview on the history of Miami’s growth in commercial real estate and the different events that impacted our economy here.

Tourism continues here – the first wave of growth in South Florida came from tourists, who came to visit and decided to stay. A second wave began after Cuban exiles fled the Castro regime and relocated to South Florida. Many of these exiles were professionals who left everything behind, forcing them to rebuild from the ground up and plant roots in Florida. This resulted in the creation of some of the region’s most successful companies – and that entrepreneurial spirit lives on today.

The natural ties of the Cuban Community to Latin America and the Caribbean have established Miami as a center for international trade. Brickell Avenue is home to over 50 international banks while Coral Gables is home to over 140 multinational corporations. Miami Airport is the transportation hub for Latin America. Our customs facilities handled over $100 billion in goods in 2017 are among a select few in the United States showing a trade surplus.

The next wave shaping our economy was Hurricane Andrew in 1992 – which devastated sections of South Miami-Dade, resulting in 83,000 people leaving the county. At the same time, new highways were completed connecting Southwest Broward County to Northwest Miami Dade, which helped Fort Lauderdale’s western suburbs or Miramar, Pembroke Pines and Weston join the ranks of the fastest growing cities in the United States. Since the hurricane, South Dade has rebounded and is better than ever. The resulting changes in the Miami-Dade building code, created more sustainable construction. Impact glass and backup generators are now key elements of our most desirable corporate buildings. Meanwhile, Miramar also houses more Fortune 500 companies that any city in the region. The counties of Miami-Dade, Broward, and Palm Beach have emerged as a tri-county metropolitan market of more than 6 million people, ranking it as the 8th most populated in the nation – which means we have ample office space to offer to growing companies and businesses.

Growing companies need space to hatch their new ideas, and our millennial generation is used to conducting business via mobile and heavily relying on the internet. That doesn’t change the fact that they need a workplace to feel connected. It is a perfect time for our new entrepreneurial generation to get on their smartphones and laptops to find the perfect place to launch the ideas that will generate the next wave of growth. That is why we believe Miami is a perfect market for Truss. Launching our platform in Miami meant that we would have coverage across the United States – ranging from cities in Texas, Chicago, D.C. and now Southern Florida, as we will continue to simplify the search for office space.

Miami’s residents are constantly on the go, and that hold doubly true for small business owners. We’ve realized that they are some of the busiest people on the planet, and we think that our platforms combination of artificial intelligence, virtual reality and, of course, a personal connection will appeal to them. On the way to a meeting they will be able to take a quick 3D, virtual tour of an office space in South Florida from the comfort of their smartphone – whether that is in the back of a Lyft, in a coffee shop, or at home.

Another reason we identified the Miami market next is the strong demand from business owners to use co-working spaces – and we started adding available spaces to our platform. In total, Miami has nearly 1.4 million square feet of co-working space, which ranks 7th in the country, and the city leads the nation with three percent of its total inventory allocated to coworking. On Truss’ platform, we have more than 50 co-working locations in Miami alone. This is because Miami has such an exceptionally high number of startups, telecommunications and medical centers, according to The Real Deal.

Miami remains the economic engine of South Florida, but Southwest Broward continues to attract corporate tenants due to its highway access and growing residential base. Downtown Fort Lauderdale is seeing thousands of new residential units constructed and is one of the few places where a major seaport, airport and downtown converge. Palm Beach County and Boca Raton, the birthplace of IBM PC, remain a technology hotbed. CEOs who purchased second homes in Boca Raton and Palm Beach continue to bring their companies with them to Southern Florida.

There are challenges ahead, but we know that the state will be able to charge ahead and solve anything that comes our way. Florida adds nearly 1,000 new residents per day, passing New York as the third most populous state – which is a blessing and a curse.  South Florida remains a car-oriented community and traffic continues to worsen. Developers continue to address those issues with transit oriented developments and mixed use live-work projects like the $1 billion Brickell City Center designed to take cars off the road.

The Brightline Rail System is a recent development that connects Downtown Miami, Fort Lauderdale and West Palm Beach at speeds of 80 miles per hour. There are also concerns about worsening storms and sea level rise that can affect our shoreline. But it is the region’s technology and entrepreneurial spirit that hold the promise to overcome these challenges and that will drive our economy for years to come. The continued industrialization of South America and the potential liberation of Cuba will only enhance Miami’s importance as the financial capital of Latin America.

Based on trends, it seems as though the fourth wave of growth is coming to South Florida soon – and thanks to the booming technological and economical advances, we’re certain that the city will be better than ever upon its arrival.