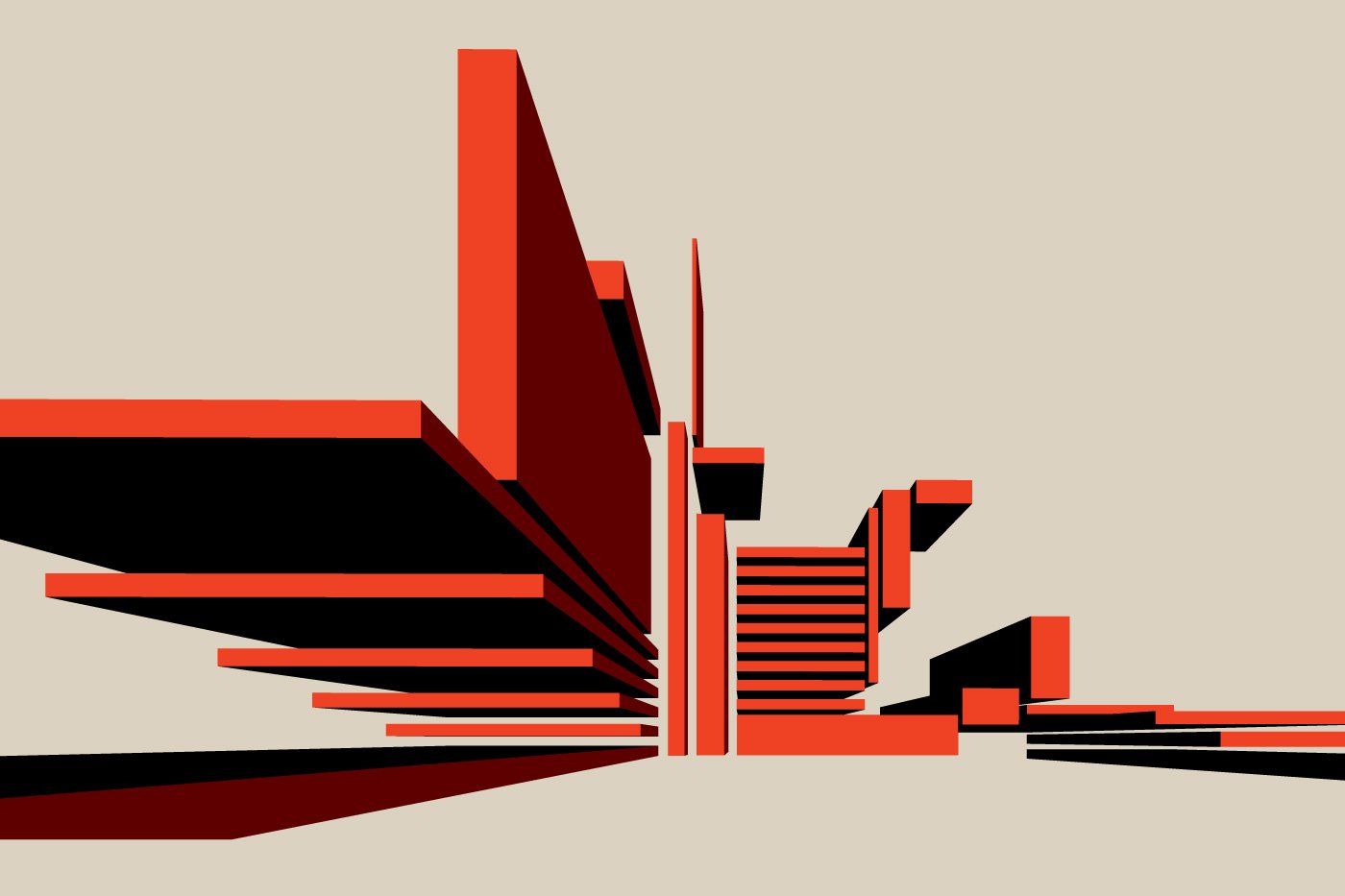 We all react to change differently. That might seem like an obvious statement, but the idea was actually quite revolutionary in the 1970s. From 1975 to 1987 a psychology professor at the University of Chicago named Salvatore Maddi was studying a group of mid-level executives working for the Illinois Bell Telephone Company when something fortunate happened. Fortunate for science and for Professor Maddi, that is. In 1981 the federal government broke up the telephone monopoly that was AT&T and every member of the study was simultaneously faced with possibly losing their jobs.

What the study ended up showing was that “two-thirds of the managers fell apart from the stress of the company’s downsizing. They divorced, had heart attacks and strokes, and suffered depression and anxiety,” Maddi said. “But the other third didn’t just survive, they thrived. They rose to the top of the heap, either at their company or a competitor’s.”

It seems like one-third of us seem to be hard-wired to deal with change better than the rest. We all have a sense of which category we fall in. Some of you likely love your predictable daily routine while the rest might go out of your way just to switch that routine up from time to time. Rajdeep Gahir, co-founder of the co-living concept Vivahouse, knows exactly which camp she resides in. She is constantly changing up her routine whether it be experimenting with her passions of fitness and nutrition, or how many hours in the day she spends in an extroverted versus introverted state.

Rajdeep has always been someone who likes to change things up, starting with her living situation while at the London School of Economics. “I wanted to live close to campus, outside of student dorms, but I was on a tight budget and real estate in London is crazy priced for a student.” So she, along with a friend, set about looking for a place to rent that would somehow provide them a city pad at an affordable price. Opportunity knocked in a quirky split level one bedroom, the kind that usually only professionals that worked at Goldman Sachs next door could afford. Rajdeep saw beyond the convention of the space and figured if she could build some sort of removable ceiling structure inside the flat between the study room mezzanine and lounge then she could have three bedrooms, not one. Luckily she knew her father loves DIY and would jump at the chance to use his hobby to help his daughter.

Little did either Rajdeep or her father know but that project would foreshadow her future passion and lead her to her current vocation. Out of college, like any good LSE graduate, she found herself in finance. But this conventional job didn’t seem to suit her. Instead she threw herself into the blossoming London tech scene and landed a job at an “Airbnb-type” start up. In comparison to finance, it was minimum pay but maximum learning. This turned out to be short-lived as did pretty much everything Airbnb-like during the reign of Airbnb. From there she was hired by eBay to help them incubate new ideas. “I was in my early twenties and was running a successful consultancy with big-name clients like eBay. I should have been content but I felt I still had a lot to learn. Plus, I saw so much innovation coming from the startup sector that we worked alongside that I knew corporates trying to innovate wasn’t the way forward.”

So, she ended up changing things up again. Without any real estate experience, she became the first European hire for a relatively unknown startup called WeWork. “I remember asking the COO at the time if they had enough funding for their capital intense expansion and he assured me that they did,” Rajdeep told me with a chuckle. The company was able to expand quickly as London became one of its best markets.

One of the problems that WeWork was running into was that its price per square foot, the traditional metric for the cost of office space, was actually quite high. The WeWork team realized that they needed to defy that conventional valuation method. So, they started using price per worker rather than price per square foot, which was something that WeWork was actually able to compete well on. “When we opened the first office it was all about price per square foot,” Rajdeep said. “Pricing per worker wasn’t even heard of. In a two to three year period, everything changed. I remember looking at how brokers were advertising from 2014 to 2016 and being blown away by how fast everyone followed WeWork’s lead.” Once someone has the courage to challenge the conventions, a line starts to form of others who want to do the same.

After her success bringing WeWork to London and then Amsterdam her interest was piqued by WeWork’s newest idea: WeLive. “I remember Adam pitching that co-living was actually the bigger business, the bigger problem, the bigger mission,” Rajdeep said. Despite the grand plans WeLive was put on hold as the company formerly known as We focused its attention (and capital) on its shared offices.

“Even though there was an obvious opportunity, everyone could see that cities were only set to become less affordable, there were so many constraints to building residential,” Rajdeep said. “We could build out a WeWork in months but apartments would take years and cost about three times more.” This was likely one of the major reasons for WeWork to shelve its expansion into living spaces. As the company tried to keep up with its breakneck growth to satisfy its ever-larger investment rounds they saw more upside in the quick, clean proposition of building out open offices rather than the highly regulated domiciles.

It was here where Rajdeep decided to take up the unconventional plan that even the most unconventional real estate company decided to walk away from. She consulted her friend and renowned architect Dara Huang about the possibility of creating a modular way of building apartments much like they did with offices at WeWork. At the time everyone that they met with was working on creating modular housing that was built whole and craned into place. They knew that this was only viable for new construction which accounted for just a small fraction of the buildings in crowded cities. “We had to go to the manufacturers of panel systems and ask them for a product that was quite different. It had to be fire-rated and soundproof to pass regulations but also be flat packed into boxes that can be loaded onto elevators and carried by two people since we knew we would need to build inside existing buildings.

The Dollars and Sense of Process Automation in Commercial Real Estate

After building their first prototype in Dara’s backyard the two decided to launch their business, Vivahouse. For their first major commercial project, they landed a space in London’s iconic mall the Whiteley Center. The mall opened in 1889 in the affluent Bayswater district in London but fell on hard times much like other dedicated retail spaces across the world. It become home to the first Vivahouse pop up site and a shining example of how innovative thinking can help redefine and repurpose the property industry.

The way that Rajdeep and Dara are growing their business is also unconventional, at least for the co-living/co-working space. In a sector that has been defined by its aggressive growth the two have made a conscious effort to take things slow. “It is either a game of venture funding and speed or you have a really defined product that can stand the test of time,” Rajdeep told me.

Ultimately the Vivahouse founders want to help the real estate industry shed its conventions in order to embrace the changes that are happening to it. Many commercial landlords are facing challenges with retail closures and urban infill. While many have stayed away from residential in their portfolio due to high touch nature and unpredictability. Rajdeep thinks that bringing people closer to the places that they work and shop is the only way to ensure its success. By helping property owners find new ways to repurpose space Rajdeep hopes to help shake the conventions that have handcuffed the property industry. She wants to change the way we all think about the built world’s role in activating space and fostering community.

Not all of us are lucky enough to be part of the “hearty third” that thrives off adversity. But, by taking a cue from some of those that are we can certainly start thinking like them. No one knows what the future holds for our cities but all of us have a good idea that there will have to be major changes in order for them to adapt to a changing cultural, economic and technological landscape. When business as usual is no longer enough to sustain a competitive advantage the companies that will succeed are the ones that are willing to shed the cozy robes of convention and wade, naked and exposed, into the new paradigm—as uncomfortable as that may be. 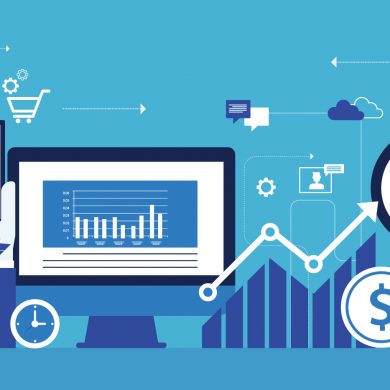